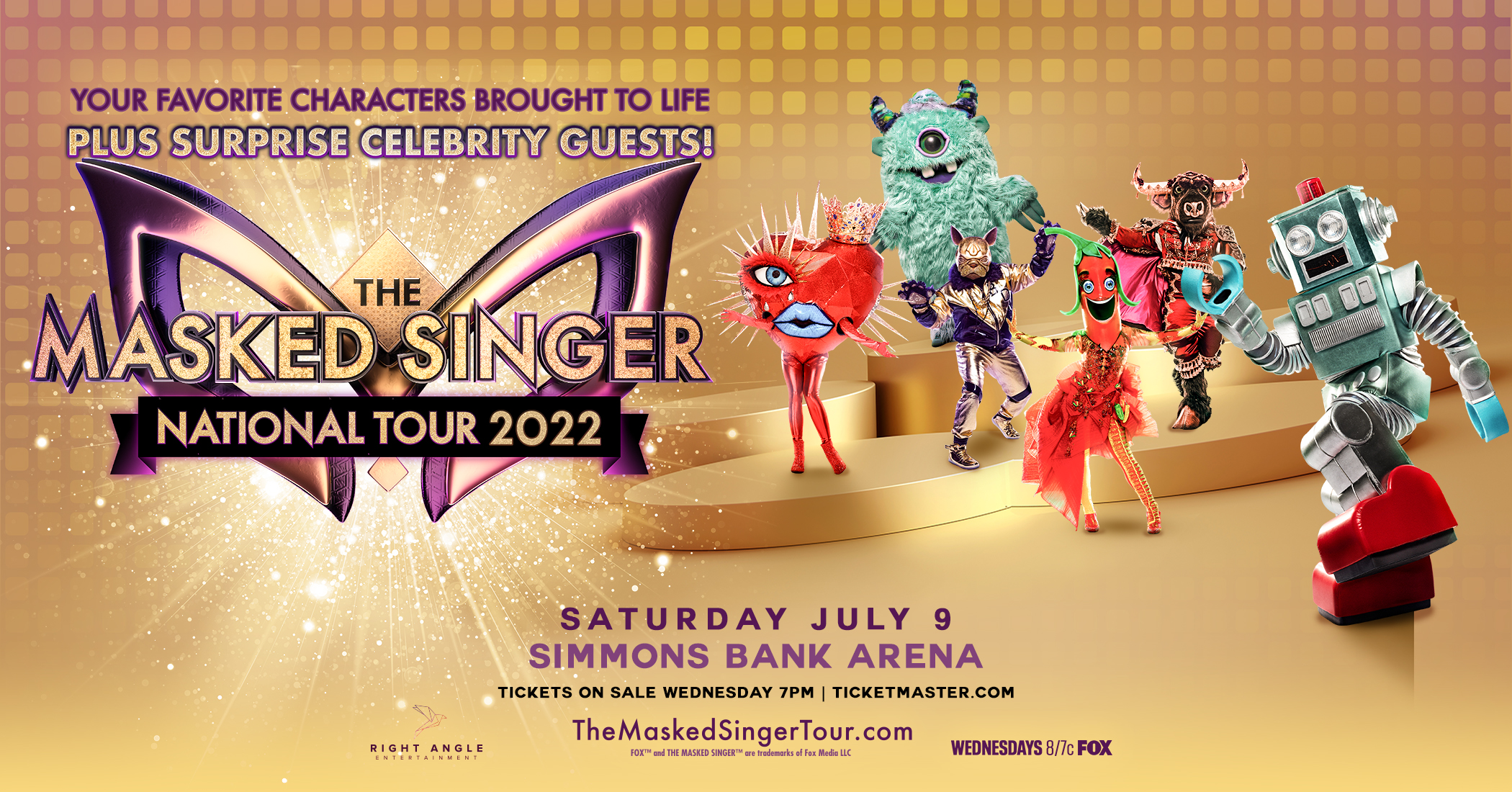 The Masked Singer, this season’s No. 1 primetime entertainment series for ages 18-49, has announced a July 9 performance at Simmons Bank Arena as part of its 50-stop national tour in 2022.

American Express Card Members can participate in the pre-sale starting Nov. 1. VIP packages — including a meet-and-greet, photo opportunities and exclusive merchandise — are available now through www.VIPNation.com.

Each live show will feature celebrity guest hosts from the TV show (which will be announced at a later date) as well as a secret, disguised local celebrity to perform.

For more information and 2022 tour dates and locations, visit www.themaskedsingertour.com.