The Million Things She Gives Us: A Mother’s Influence 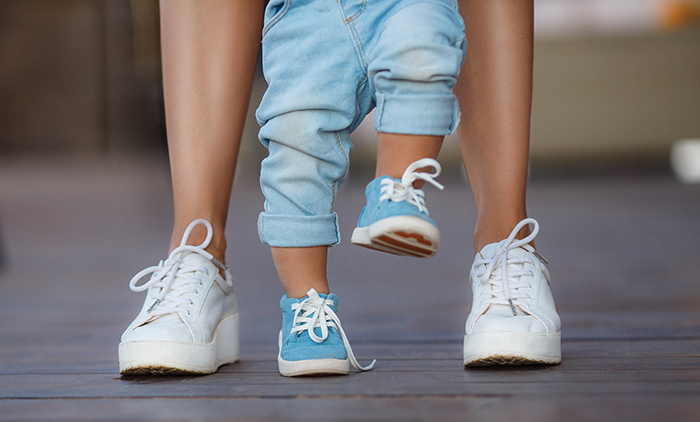 They wear your macaroni-and-string necklaces to church. They know the magic words to make a skinned knee stop stinging. Their words of caution stick in your head and their praise lifts your spirit. They greet you at the door after curfew and from the front pew on your wedding day. Your mother held you first and her hold on you lasts.

As the old saying goes, without Mom, none of us would be here. Generations of research and centuries of personal experience agree that the maternal bond is the first and fundamentally most important relationship in every aspect of our development as human beings.

So it stands to reason that when that relationship is interrupted, faulty or altogether absent, the pockmark of this absence upon one’s personality and mental health is substantial. And it’s the reality faced by a growing number of people as the stress of societal forces continues to fracture many families, and mothers are increasingly left alone to face their own demons, impacting their ability to live up to their sacred responsibility.

“When you really look at it, if a mother were to leave a family, versus a father leaving a family, for both it’s going to be a huge impact on a child,” says Katie Walker, North Little Rock Clinical Director for Chenal Family Therapy. “But while a father can be connected and attached and loved, there is an actual biological connection that a mother experiences with her child.

“On top of having the connection of the child literally coming out of the womb, you’ve got going all forms of attachment during those early stages; giving the bottle or, if they choose to breastfeed — there’s a whole different type of connection, even in a same-sex marriage. The baby learns from the very beginning of its life that this is the person who, when I cry, is going to meet my needs. This is the person who’s going to be here.” 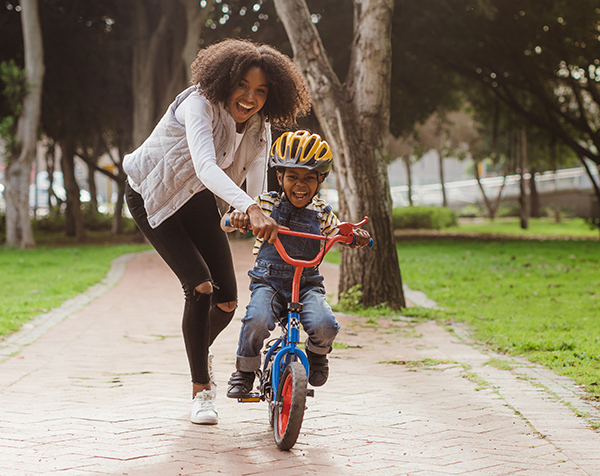 In study after study, the impact of positive and negative relationships between a mother and child have been shown to be monumental in shaping a person’s relationships, health and overall success in life. In fact, a mother’s connection to her children can actually impact how the brain develops physically, per years of animal research. Subsequent brain images in humans show children with nurturing mothers develop up to 10 percent more hippocampal volume compared to children who lacked such nurturing. The same can be said for the volume of the amygdala and together, research concludes, these brain elements contribute to better memory, higher emotional functioning and ability to regulate stress.

Better academic performance, healthy relationships, appropriate sexual activity, lower incidence of mental illness and higher self-esteem have all been traced back to the level and quality of the maternal bond. So, it doesn’t take a Ph.D. to understand the devastating effect on children and youth when that bond is unhealthy or altogether absent.

“The loss of or lack of a positive or strong bond with the mother definitely can affect someone’s ability to have positive relationships in the future,” says Courtney Bishop, licensed professional counselor and director of assessment and referral at Pinnacle Pointe Hospital in Little Rock. “And, it’s a generational effect, because that relationship affects a person’s ability to positively bond with their own child. So, it continues to trickle down.” 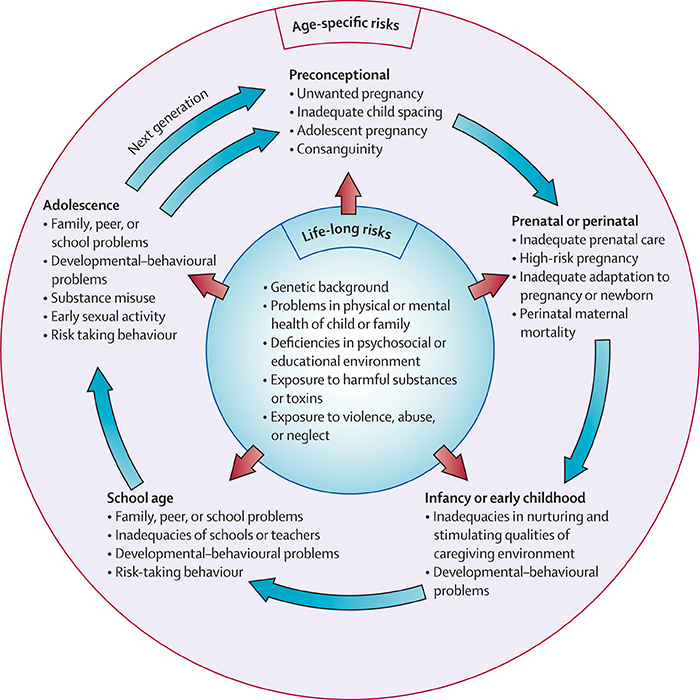 Graphic courtesy of The Lancet.

Bishop said a mother doesn’t have to be physically absent or meet the definition of abuse or neglect for this negative effect to occur. So-called “normal” families can have the same experience, depending on the level of intimacy in the mother-child relationship.

“Maybe there was a strong bond at birth because the mother was healthy and supportive and all of that, but if later she becomes a single parent, and she’s working full time and has more stress, that bond can change when the mother’s mental health and physical health change. I think that you see a lot of kids at that point with acting out behaviors.”

Given the pain and problems that children experience in the absence of a healthy mother-child relationship, one might think they would resolve to not walk the same path with their own children. However, such is not always the case, because, in addition to everything else, the child also loses a positive role model for how to parent differently.

“The habits you develop as you grow older will mimic what your parents taught you and what you learned from them, unless someone steps in to actually actively teach you something else,” says Craig Gammon, United Methodist Children’s Home administrator for Methodist Family Health who, with his wife Alicia, is a longtime foster parent.

“It’s the same thing as surviving a car crash doesn’t make you a better driver,” he says. “If the kids go through the trauma of having bad relationships, their problems will disrupt their lives when they’re growing up. That makes them a survivor; it doesn’t make them a better parent. It just means they managed to survive. They still may not know exactly how to do it, just how they got through.”

Repairing the damage in children caused by issues with the maternal bond often falls to people such as the Gammons. At any given time in the United States, there are roughly 400,000 children and youth in the foster care system and all of them will rely on a non-relative to fill the maternal void, however briefly. Children in this situation, while all unique, tend to share some similar traits, Craig says.

“As for the younger ones, it will pop up later, almost always, to some degree or another, depending on how much memory they have of the situation. Some of those things can come back to bring up questions and can be very upsetting. If nothing else, they become more aware there’s something unusual and abnormal about the situation, probably around age 5, 7, and then on into teenage years.”

Children who are in the middle of developing and processing questions about identity and trust typically look for a place to assign blame, often away from the source of the situation onto whatever is easily at hand. This demonstrates how deep-seated a maternal influence can be in a child, however brief or toxic.

“A lot of times, we’ve seen that no matter what mom did, whether it was drugs or prostitution or what have you, kids want to lay the blame with the state, with the Department of Human Services, or with us as a caretaker because if we weren’t here, they’d still be with mom,” Craig’s wife Alicia says. “Or, if DHS hadn’t intervened, then they would still be with mom and that’s where they want to be. Even though it’s not rational to blame the person who’s saving you or taking care of you, a lot of times that’s what they’re looking to do.”

Sadly, this often causes foster and surrogate moms to throw up their hands in frustration which only deepens the child’s sense of abandonment. Even best cases don’t fully resolve issues overnight, says Katie Walker, the adoptive mother of two.

“As great as our attachment is, as great as our therapy is, as much as they know, and they are happy, healthy children, that will never completely replace their birth mom,” she says. “There is something biologically that is always going to be attached. But you can be happy and healthy without it being fully healed.”

No mom (or dad) gets it right all the time. Ask anyone who’s done it and they’ll tell you raising children is an exercise in day-to-day experimentation and often the very definition of “fake it ‘til you make it.” Such challenges can be multiplied in cases of foster, adoptive or step-parents trying to play a meaningful role in their child’s life.

Katie Walker of Chenal Family Therapy says there’s value in not overthinking things in such situations; simple intentionality and time investment can go a long way toward healthy, well-adjusted families even when mother and child don’t share a blood bond.

“As cliché as it sounds, for the parent who didn’t give birth, they need to be as actively involved in that attachment stage as possible,” she says. “Obviously, that would be the first step. When you get home from work, give the bottles, change the diapers, look at the babies. The coos and the oohs and ahs and staring at them and saying those silly things are actually very, very important. That’s part of development.”

Walker also says non-blood mothers have to remind themselves that not unlike their adult relationships, their child comes with a history and that history cannot be dismissed or forgotten about.

“What needs to happen is there always needs to be a safe place for the child to speak of that [birth] parent completely free of judgment,” she says. “You have to step up and help them deal with the insecurities they may have, their personal issues, their anger. For the child to truly connect with someone and attach, they should be able to speak of their mother, whether they hate her or love her to someone who is a validating, listening source.

“If that person is pushing back and saying, ‘Well, your mom left you. Do you think she really loved you if she left you? Your mom chose this over you.’ All that’s doing is pushing back guilt on the child, and it breaks down the walls of communication. The most important thing for that child is having someone step up who is a safe outlet to validate each and every thought that comes.”

READ MORE: The Myth of Perfect