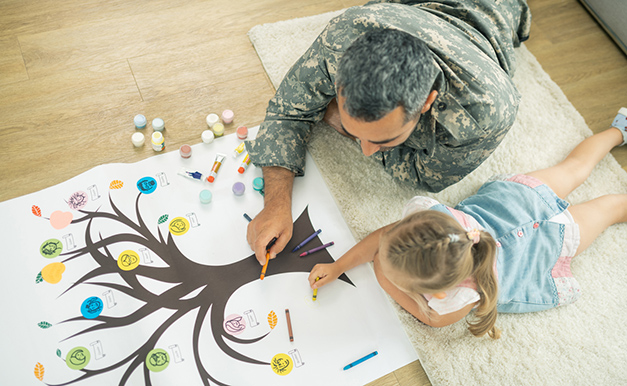 When family history hobbyists think of Valentine’s Day, they often look to their family trees for February 14 engagements or marriages. It’s heartwarming to think about the romance of our great-grandparents’ eras and even to travel to the places in Arkansas where they married and lived.

But in terms of love for the state and “peopling” it with our ancestors, the Arkansas Genealogical Society newsletter reminds us that it’s a little-known fact that there was an “attempt to make Valentine’s Day into “invitation day” for Arkansas. More than 100 years ago, Judge Ernest Riley Ratterree originated the idea. Ratterree, who organized the Arkansas Land Congress, was vital in bringing immigrants to Arkansas. Ultimately, he is credited with bringing 20,000 immigrants to the state. The plan was simple, for invitation day, load the mail with cards addressed to friends all over the country inviting them come live in the great state of Arkansas.” In the Arkansas Democrat dated December, 1913, Arkansas was said to be “the best State in the Union. The soil is the most productive—all of us know that from experience and from telling each other.”

Both men are in the newly reorganized Department of Parks, Heritage, and Tourism, and each will have an impact on historic preservation in the state in the “roaring 20s.” Be sure to visit the Arkansas State Archives (only closed on Sunday) in Little Rock for research soon. The Archives has branches in Powhatan and Old Washington, too.

It’s African American History Month, with many connected events around the state related to black heritage. On February 14, author and journalist Stephen Koch will host a screening of Arkansas musician Louis Jordan’s 1947 film,”Look Out, Sister!” At the Old State House Museum, Koch will discuss the history and context of the film, which has an all black cast.

Of interest for those who had ancestors connected to the 1920 election and/or suffrage, the Delta Cultural Center of Helena-West Helena will host the grand opening of  “1920: An Exceptional Election Year” on February 21.  1920 was the first year when an African American, Josiah Blount of Phillips County, ran for governor. The exhibit will also celebrate the centennial of the signing of the 19th Amendment, which gave women the right to vote.

For those who have relatives, ancestors, and current practitioners in the family, you may have interest in “100 Years of Psychology by Arkansas Black Psychologists” at Philander Smith College February 28. Keynote speaker is Dr. Terrence Roberts,  a clinical psychologist who is a member of the Little Rock Nine.

Arkansas Women’s History Month Festival will be Saturday, February 29, from 10 a.m. to 1 p.m. at the Old State House Museum. The theme is HERstory in the 1980s.  In 2017, Gov. Asa Hutchinson created the Arkansas Women’s Suffrage Centennial Commemoration Committee to lead the state’s remembrance of the women receiving voting rights. The committee works with the people of Arkansas to plan activities, conduct research, and otherwise expand the understanding and appreciation of the significance of women’s suffrage in Arkansas.

If you will soon take or have recently taken a DNA test or have some questions about it, Heritage Seekers Genealogy Club member Scott Lee’s February 24 talk, “Using DNA in Family Research” will teach you how to effectively use DNA testing to research your family history. It will cover the pros and cons of the major testing companies and techniques to effectively use the information they provide. The meeting will be from 6:30 to 8 p.m. at Second Presbyterian Church, 600 Pleasant Valley Dr., Room 66 in Little Rock.  For a list of history-related events and cultural groups that enhance genealogy, please see the Heritage Seekers page: https://heritageseekersar.weebly.com/around-arkansas.html

Looking toward March and Genealogy

The Ulster Historical Foundation will present a free Irish/ Scots-Irish family history workshop on March 21, 2020 at the CALS Darragh Center in Little Rock, an event sponsored by the Butler Center of Arkansas Studies and the Arkansas Genealogical Society. Watch for registration information at https://www.agsgenealogy.org/ .

2020 will bring improvement in navigability, languages, and new records for researchers to FamilySearch(www.familysearch.org.) Details are here: https://tinyurl.com/ukhkn8o.

Jeanne Rollberg is a genealogist with American Dream Genealogy and Research.  She serves on the boards of the Friends of the Arkansas State Archives and the Arkansas Genealogical Society. She teaches family history classes at LifeQuest of Arkansas and presents other workshops.

READ MORE: The Journey Back to Good Health