The Nature Conservancy Leads the Fight for Arkansas’ Wild Spaces 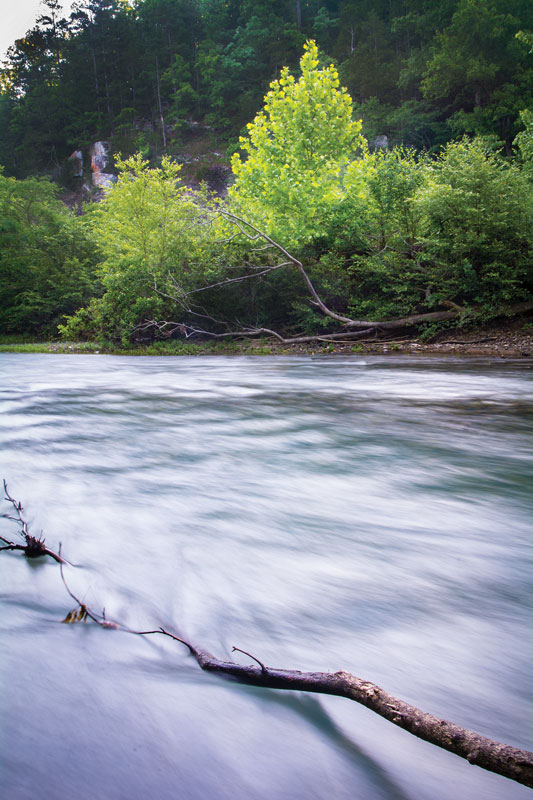 [dropcap]S[/dropcap]cott Simon shuffled some papers on his desk, until the sought-after statistics fluttered to the surface. The head of The Nature Conservancy rattled the numbers off casually – a thousand acres bought here, a hundred thousand acres rehabbed there – enough to make the listener’s head spin.

But to Simon, who came to the organization in 1996 and has been its director since 2003, the impact of what’s thus far been done to preserve Arkansas’ wild spaces is blunted by the constancy of work left to do. 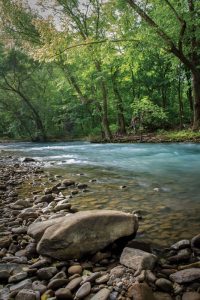 The Red River is a popular destination for canoeists, inner tubers and fishermen.

The Nature Conservancy came to Arkansas in 1982 and since then has purchased 40,000 acres, some in need of serious rehab, some merely in harm’s way. It’s also partnered with various organizations, conservation groups, businesses and private landowners to help resuscitate more than 300,000 acres statewide.

“Just this week I worked in three different parts of the state with different groups of partners,” Simon said. “You could tell the concerted effort that people make to understand where each other is in their conservation goals and needs. It’s just part of our culture and it’s something we want to reinforce and protect.”

This year has been no different, particularly in the areas of reforestation and related activities in nearby rivers and waterways. Having barely reached 2017’s midway point, the organization has already enlisted more than 4,500 acres from Delta landowners for a reforestation program that will result in a mind-bending 1.3 million saplings planted within a single year.

A few thousand more acres were acquired from timber companies in south Arkansas. Several other large tracts are being rolled into conservation programs and added to public use lands in partnership with a patchwork of entities, including the timber companies themselves.

“That is a really neat part about conservation in Arkansas. The close collaboration between all the partners – the other organizations, agencies and some companies – results in a really clear strategic direction,” said Simon. “Everybody knows the main conservation priorities and landscapes and rivers that we’re working on and each year we’re all working together on these priorities.”

Those unfamiliar with The Nature Conservancy’s work are often surprised by such alliances, especially with timber companies. It’s more than a little counter-intuitive to think a group dedicated to preserving natural resources could find common ground with companies that harvest such resources. Simon said while that’s the case in some states, Arkansas is different.

“(Conservation) always comes from leadership,” he said. “There is a group of business leaders throughout the state that are building their businesses and benefiting their communities but who also really enjoy and appreciate the rivers and the fields and the woods.” 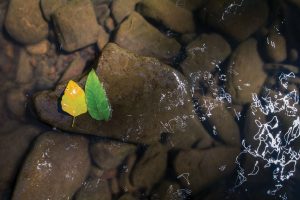 Leaves drift near the bank of the Little Red River on a late spring morning.

“They encourage and expect natural resource managers, be they agencies or private organizations like us, to work together, to collaborate and to develop an inclusive vision on behalf of the people of Arkansas. It’s a style of working that helps us accomplish more than if we were all trying to work on it on our own. It’s more efficient and it brings people together.”

Such attention to conservation issues by corporate interests – or the common Arkansan for that matter – represents a radical shift from previous generations which wreaked havoc on some of the best and most abundant natural resources on the continent. When Hernando de Soto crossed the Mississippi River at present-day Memphis in 1541, he came into the heart of thick Delta bottomland forests, bayous, swamps and rivers that once spread over several states like a massive quilt, some 24 million acres in all.

Today Arkansas’ 550,000-acre Big Woods, just northeast of the Grand Prairie, is the largest remaining tract of this storied forested wetland outside of Louisiana’s Atchafalaya River. In 1989, Arkansas’ Big Woods was named a “Wetland of International Importance” by the United Nation’s Ramsar Convention and stands out among The Nature Conservancy’s three decades of Arkansas projects.

“If you’re in a small plane flying over the rivers and the woods around where the Cache River, White River and Bayou DeView cross Interstate 40, you can see the results of reforestation,” Simon said. “It’s been one of the largest habitat restorations in the country, happening in a very practical, low-key way. Over the last 30 years, the partnership of all the agencies and organizations and landowners have reforested about 250,000 acres.” 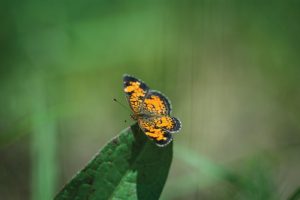 An Arkansas butterfly lingers on a leaf in the Ranch North Woods Preserve near Little Rock. 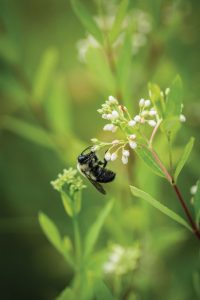 Honeybees are essential to the Pollinator Habitat Project in the grasslands of the Ranch North Woods Preserve.

Historically speaking, east Arkansas wasn’t the only region of the state with seemingly inexhaustible timber resources. From the Ozarks’ tree-studded slopes to the wooded valleys of the Ouachitas to loblolly-shortleaf pine and hardwood stands on the rolling Coastal Plain, Arkansas’ forests were ripe for the picking. Which is exactly what timber interests started to do in earnest with the 1883 completion of the Cotton Belt railroad that gave companies an economical means to ship harvested lumber.

Loggers proved devastatingly effective at their craft, claiming trees at an alarming rate in what was called “cut out and get out.” Photos from the era are sobering: Entire forests clear-cut to an eerie, apocalyptic landscape of miles of silent, massive stumps baking in the Arkansas sun.

Agriculture also contributed to timber depletion, clearing millions of acres to make way for rice, cotton and soybeans. To maximize acres in production, some farmers attempted to bend Mother Nature to their will by clearing flood-prone land. Dealing with the inevitable runoff of river-suffocating layers of silt is an environmental challenge that persists today.

“Areas are eroding because the trees have been removed from the river banks so there’s not enough to hold the soil, and rivers are getting extra sediment from higher in the watersheds from eroding unpaved roads,” Simon said. “Our approach is three things:  First, heal the really bad parts on the river. Second, reforest along the river banks and in the low, flood-prone areas on these rivers. And third, work at a policy level on best management practices for unpaved roads maintenance.”

As recently as the 1970s and early 1980s, powerful political interests pushed for channelization of waterways as the means for flood control. The practice, which involves dredging massive ditches to divert rivers from their natural paths, was roundly condemned for its adverse affect on wildlife habitat. One such project on Arkansas’ Cache River, halted through grassroots activism that eventually landed in federal court, is considered a lynchpin ecological win in the state and the start of a new era under a collective conservation mindset.

The fight to save the Cache also overlapped with the establishment of The Nature Conservancy in Arkansas, as though Fate was passing the baton of responsibility for its waterways and forests. Simon and his troops feel the weight of that mandate daily as they tend the wild and fragile areas beloved by so many.

“I think everyone understands how really special Arkansas is,” Simon said. “People have always had a connection to the outdoors through hunting and fishing, but I think people have become even more aware seeing other parts of the country and the world where natural resources have declined. In Arkansas, there’s really an enhanced interest and partnership between landowners and organizations to keep our state special.”

A cypress tree stands near the banks of an access area in the Ranch North Woods Preserve.

Buffalo River Outfitters: The Best for a Reason
October 7, 2020