The Night is Bright, and Full of Jolly 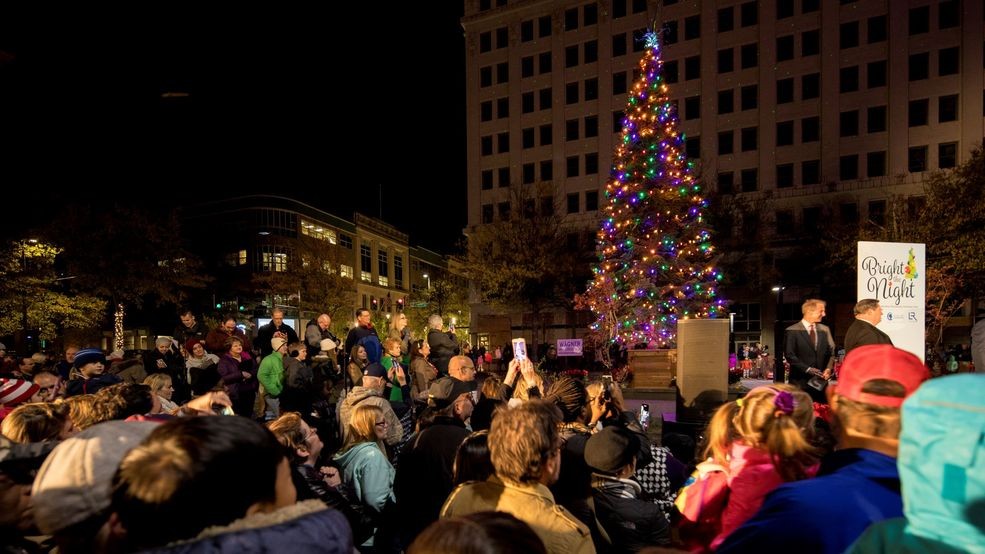 Downtown Little Rock’s annual Christmas tree lighting ceremony is almost upon us, once more. Thousands of Arkansans will flock to the downtown area next week to partake in this year’s festivities — many of them by car, but at least one will arrive by sleigh.

Dubbed “Bright the Night” by the event’s organizers, the Downtown Little Rock Partnership, this year’s occasion promises to be bigger, better and brighter than ever.

“Those who make the effort to show up that evening are going to be in for a very special treat,” says Gabe Holmstrom, executive director of the Downtown Little Rock Partnership. “We’re working with a local designer, Larry West. He is going to be helping decorate the tree … [And] It’s going to be an Arkansas grown tree, which means it’s not going to be as tall because the style of tree that is grown here in Arkansas does not grow that tall.”

But what they are giving up in size, they are more than making up for in every other way. Not only is the conifer an Arkansas grown commodity, the process by which it is going up is also as green as its leaves.

“It will be replanted,” Holmstrom explains. “So, the tree will come out and then at the end of the season it will then be taken back and replanted.”

Annual attendees will be happy to know that many of the past year’s hits are coming back around again. There will be hot chocolate and numerous other concessions, like cookies from Community Bakery. And anytime cookies with that degree of deliciousness are around, someone special is sure to swing by to get a taste.

“Santa Claus — he’s going to be out there again this year, and he will be available for pictures,” Holmstrom says.

But there is one particular element of this year’s Bright the Night that Holmstrom is clutching tightly at his winter vest.

“I got a big surprise planned that I want to [keep] a surprise,” he says.

Fortunately, we do not have to wait too much longer to find out what the Downtown Little Rock Partnership has up its sleeve. The 2019 Bright the Night is on Monday, November 25 at 5:30 p.m. in the Capitol Plaza of Downtown Little Rock, with the ceremonial tree lighting set for 6 p.m.