Watch out fellas — She’s got the beauty and the brains! Meet Milena Erceg of Oaklawn.

Being the first employee interviewed at Oaklawn for our February feature – she made for an inviting and comfortable experience. She is a personable person with a steady demeanor; a delight to be around.

Milena moved to Chicago from Yugoslavia in 1971. In 1978, she moved from Chicago to Hot Springs, and began at Oaklawn as a teller in 2002.

From there she moved up the ranks over the years and last April received the promotion to be the Director of the Mutuel Department.

Her position handles wagering for customers, setting posts when the races take off, and overseeing simulcasting to 1,000 plus destinations, to name a few.

When asked what she likes most about working at Oaklawn she said, “The people. I love my employees, the customers, the crowds and the excitement when a race goes off”.

She loves, “The atmosphere. When a race goes off, the entire building changes. I look around, and it always gives me goosebumps just to see how excited all of the people are.”

Milena’s most exciting experience during her time at Oaklawn? “Of course American Pharaoh when he won the triple crown. But there have been many others. Two other horses that stand out during my time here would have to be Zenyatta and Smarty Jones.”

“They did so well. Although we thought that they would get the triple crown, it took American Pharaoh – so he stands out the most.” It had been 37 years since the last triple crown, when he took it last year.

Last but not least, Milena’s piece of advice for Oaklawn newcomers is, “Visit the different areas of the building. There is so much at Oaklawn – If a person visits and just stays downstairs, they might miss what is going on upstairs.”

Note taken, Milena, and thank you for all that you do and the energy that you bring. 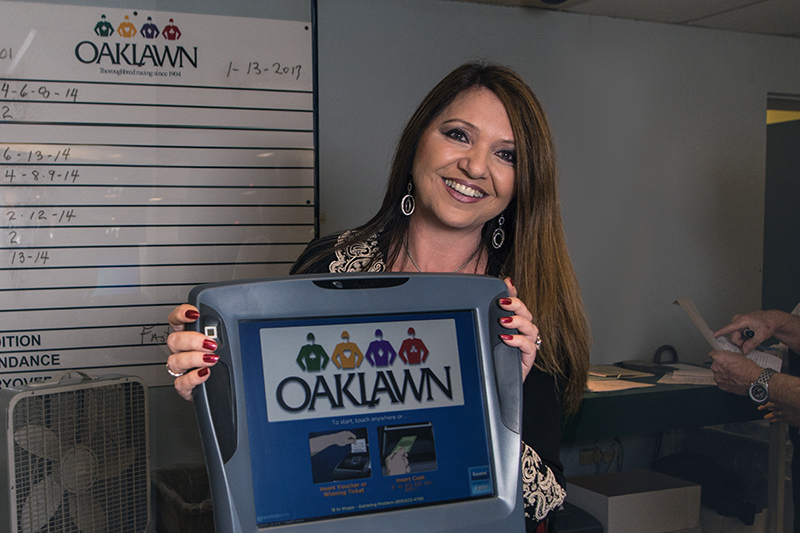