The People Behind Your News: Erika Thomas 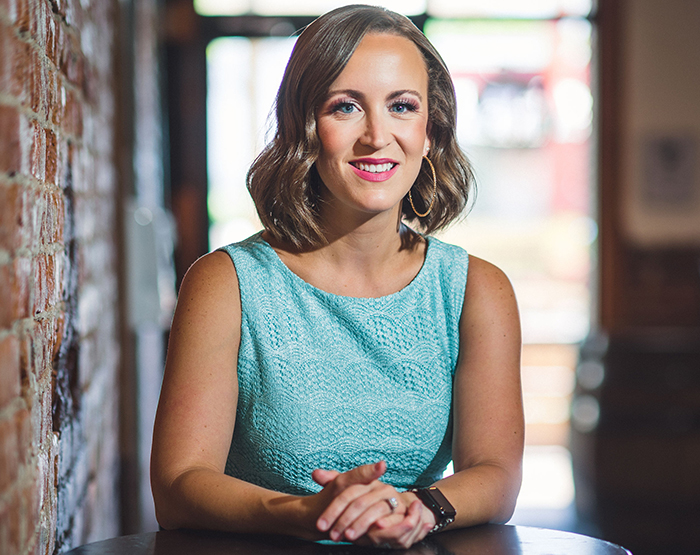 The People Behind Your News: Erika Thomas

Wake up at 7 a.m., exercise, do important mom stuff and then touch base with nearly 46,000 followers on one social media page and 9,000 on another. Next, arrive at work at 1:30 p.m., quickly produce, write and edit news content before anchoring four live newscasts for 5NEWS, the CBS TV affiliate covering Northwest Arkansas and the River Valley. Finally, head home, get to sleep at midnight (or later) and do it all again tomorrow. That’s how news anchor Erika Thomas does it.

Known for her passion and drive, Thomas is no stranger to hard work. When that alarm goes off in the morning, she hits the ground running. Anyone who imagines a newscasting job to be a glamorous career of teleprompters, makeup and cameras can spend one day with her and see they are highly mistaken; nothing could be farther from the truth. Her current position as evening anchor for 5NEWS comes after 15 years of working behind the scenes and in front of the camera in TV newsrooms across the country. Along the way, she has earned an Edward R. Murrow Award and an Emmy, and still continues to push herself to work harder than ever.

A Heavy Dose of Encouragement

Recently, the popular newscaster has been garnering attention for more than her news stories. Her Facebook page Erika’s Essential Encouragement has become a well-loved hub for thousands of people who cheer each other on as they work toward losing weight. Having struggled with weight herself, Thomas knows the hardship firsthand. She battled anorexia as a teen and obesity as an adult. In 2019, nearly a year after the birth of her second son, Knox, she decided it was time to commit to living a healthy lifestyle, and she launched her Facebook page, inviting strangers to walk alongside her.

“I formed the support group that I needed and didn’t have in my life,” she says. 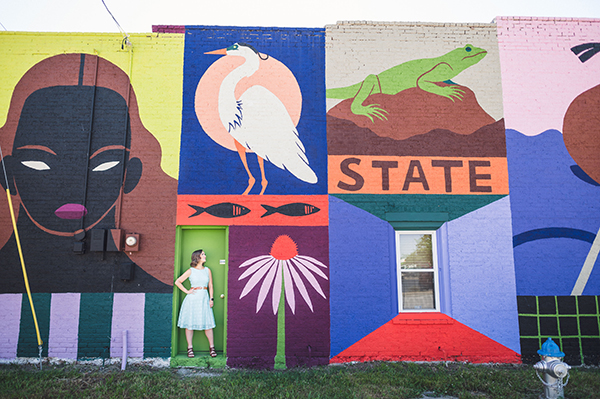 Thomas has seamlessly weaved herself into the fabric of the Northwest Arkansas community.

Whether she ended up with 5 or 500 members didn’t matter; the intention was to establish a space that was lacking in her life — a place for motivation, encouragement and support where people would feel accepted in whatever phase they were in.

Through her social media group, Thomas discovered intermittent fasting, an eating pattern that involves scheduled cycles of eating and fasting. Individuals can choose the length of fasting that works best for them. In the span of nine months, she lost 60 pounds by fasting for 20 hours a day and then eating within a four-hour window. Now, she says her energy level is “through the roof.” It would have to be to keep up with her packed schedule. In addition to her fasting regimen, she’s been a vegetarian for 21 years and has cut out added sugars from her diet.

RELATED: The People Behind Your News: Wess Moore

Thomas knew early on she wanted a career as a newscaster. While other kids went off to sports camps, she spent time at broadcasting camps. As a teen, she anchored her high school’s morning news program and even reached out to a local news station for an internship. At the time, she was told she was too young, but that didn’t deter her. She took the opportunity to intern while studying at the University of Missouri in Columbia, where she graduated summa cum laude. From there, she made her way up the broadcasting ladder — landing a job at a news station in Iowa, where she made her way from weekend reporter, to weekday, morning and then evening anchor. That’s also where she met and married Dan, her husband of eight years. From there, the two moved to Ohio where she worked for three years as the main anchor for a CBS station and had their first son before making their way over to Arkansas.

With a job offer to work for 5NEWS, the family of three moved to Arkansas in 2017, spending the first two years in the Fort Smith area where they became a family of four. They then moved up to Northwest Arkansas in 2019 once the new television studio was completed in Springdale.

Thomas may work hard, but her life is not all about her career. She values her family first. In fact, what she enjoys the most about working in the evenings is being able to start the day at home with Dan and their two little guys: Axl, age 6; and Knox, age 2. When asked about life at home, Thomas is quick to acknowledge the strong partnership she shares with her husband.

“Dan is a stay-at-home dad with the boys, and that makes a huge difference,” she says. “He is my ultimate support system and rock. We wouldn’t be able to function as a family the way we do with our current schedule without him being here. I’m so grateful for him.” 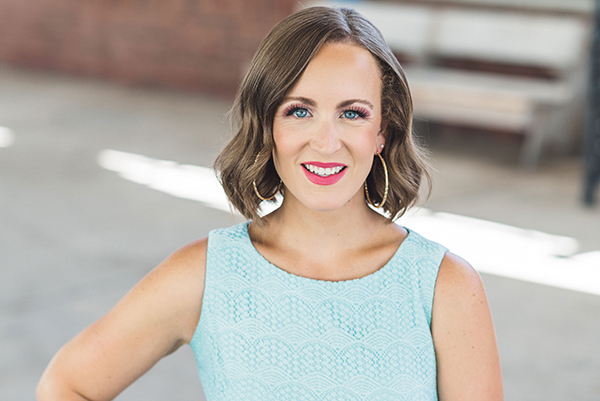 Thomas knew early on she wanted a career as a newscaster. While other kids went off to sports camps, she spent time at broadcasting camps.

As for living in Arkansas, she’s thrilled. The move allows them to see extended family within a one-day drive, and she admits she prefers to leave the snow behind.

“I’m OK with not having a foot of snow for a few months of the year,” she says with a laugh. “The people here are so kind, and both NWA and the River Valley regions are beautiful. We’ve been able to expand our family, settle in and start to feel like we can make this our home.”

Good news for everyone. Thomas recently signed a contract to stay for another two years, which will keep her here until at least 2023.

You can watch Erika Thomas on 5NEWS Monday through Friday at 4, 5, 6, and 10 p.m. You can also find her on Twitter as @5NEWSErika and on Facebook as 5News Erika Thomas.

And if you’re searching for a source of positivity in your life, you can request to join her private Facebook group: Erika’s Essential Encouragement.

READ MORE: The People Behind Your News: Amanda Jaeger