The People Behind Your News: Mallory Brooks 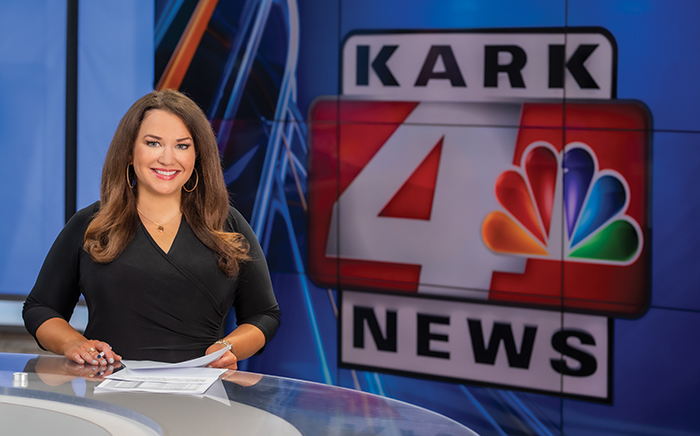 If the hand of fate had touched Mallory Brooks on the left shoulder instead of the right, there’s no telling where the unfailingly cheery Arkansan might have wound up.

It may have after all led her to the invasive and sometimes painful world of broadcast journalism that has been her stock and trade for nearly 14 years. Then again, it may have guided her to the classroom after her mom, or politics after her dad, or dropped her gently into the role of full-time motherhood.

One thing is for certain, it could never have pulled the KARK-Channel 4 anchor from her roots.

“I’ll be honest. My heart is very much at home,” she says. “I love what I do, and I hope I can always stay at Channel 4. Maybe I’ll still be anchoring two hours of news in 10 years, I don’t know.”

The definition of family is a fluid thing. Some are born to the right people, and others find their tribe later, forming bonds that go beyond blood and bone. Brooks has been blessed with both varieties, starting in her formative years in Russellville and later at the University of Central Arkansas (UCA) in Conway, then to her work cohorts and tightly knit biological circle.

In every phase of her life, the former Mallory Hardin always seemed to be right where she was supposed to be.

“I cannot tell you how much I love the town of Russellville and the people there,” she says. “I went to Russellville High School and was active there. I was really involved with my church growing up and really involved in school. I graduated from UCA with a degree in mass communications and from there, went to Fayetteville.

“My first job was at KFSM-Channel 5 [in Fayetteville], the CBS affiliate. I was a general assignment reporter for a year, and it was so much fun because I got to cover a lot of the Razorback games in the fall and a lot of the neat events that happen in Northwest Arkansas. You kind of feel like you’re a part of something big and exciting there.” 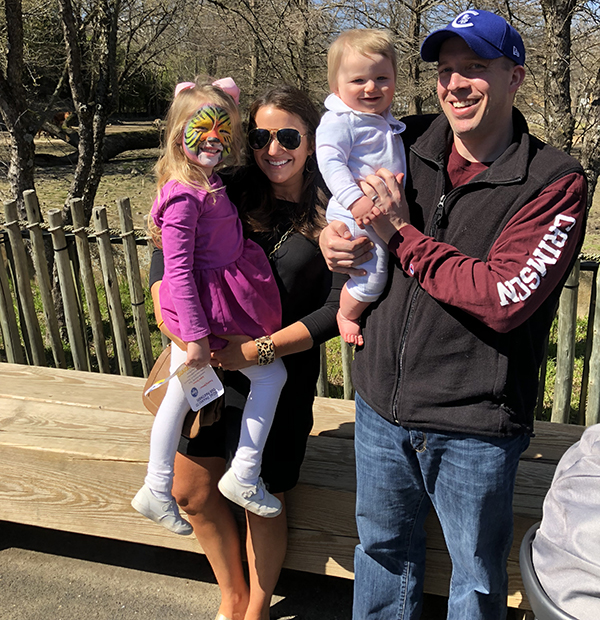 Brooks nonetheless pined for a job in the Central Arkansas market to get closer to her relatives, which led her to a general assignment post at KARK. Before long, she was a morning anchor.

“Moving to morning anchor was kind of my dream,” she says. “I wanted to be a morning news anchor since I was a little girl. I’ve loved the Today Show since I was a kid.”

Brooks’ sunny disposition and chemistry with her co-hosts made for a winning combination and she enjoyed a nine-year run in the morning. Even as she moved to the noon and 4 p.m. anchor two years ago, she did so with one eye cast fondly back to the morning desk.

“I miss the fun of the morning show. That will probably always be the favorite time of my career, but the hours are brutal,” she says. “Anyone who works mornings will tell you the hours are rough. I don’t miss the 2:30 a.m. alarm clock, but I miss the fun.” 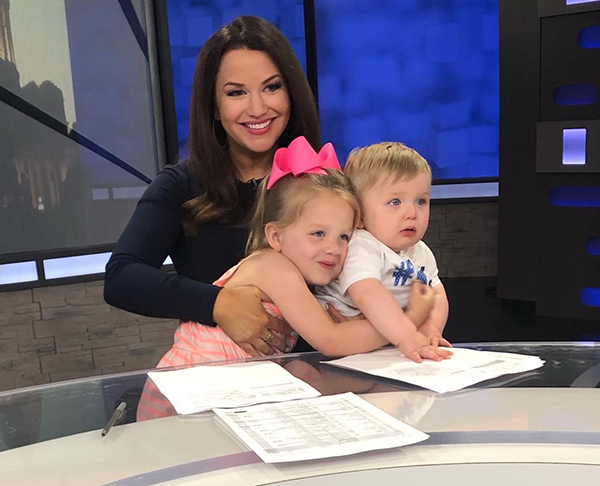 Of course, no job is always fun, and the news is no exception. Being seen by thousands of viewers is a double-edged sword, and Brooks has had to learn to deal with the challenges and subtle double standards that came with the notoriety.

“It would be surprising for a lot of people to know the amount of email you get over the course of a year, so much of it having to do with clothing and hair and makeup and shoes and wearing the same thing,” she says.

“There was a story a few years ago where a male news anchor wore the same suit for an entire year. He changed his tie, and no one ever noticed. But if I wear the same dress two days in a row, I’ll get an email about it. I feel like that’s become harder to deal with over the years; when I was younger, it was easier.”

Wardrobe wasn’t the only difficulty that came with the anchor desk. All members of the media, particularly those in smaller markets, understand how accurate and fair reporting often hits very close to home. In each case, with every sobering and tragic story, Brooks gives the news according to her journalism ethics to deliver impartial and dispassionate reporting. Obviously, much easier said than done. 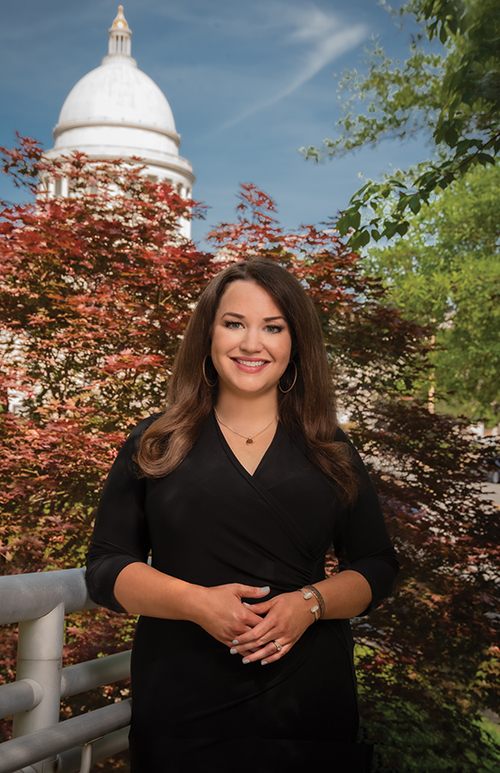 “Coping, it’s tough,” she says. “People can say you just have to just read it and not process it, but at the end of the day it’s just heartbreaking, and there are a lot of sad things happening in the world. So, I just try to get through it. I never want to make it where I get emotional, where it’s distracting.”

Brooks says time hasn’t made the process any easier, particularly as she and her husband, Aaron, married in 2013 and began a family. Becoming a mother often sharpens the sting of the day’s headlines.

“It has become much more tough after becoming a mother, especially when you’re reporting on children,” she says. “Lately there have been so many tragedies with children, whether it is a child who’s shot or a child at the border. It’s tough, and your heart hurts for these people and what they’re going through.”

Time and experience have also changed her perspective on celebrity. As she and her husband have welcomed daughter, Grace Anne, now 7, and son Bowen, 3, Brooks has seen her life’s milestones play out in public. It’s another element of the job that took some getting used to in order to strike the right balance of sharing and security.

“I grew up in Arkansas, so I feel like we’re all kind of family here. We’re all connected,” she says. “Starting out it was always a little bit strange; it would kind of shock me that someone would recognize me. I always thought about it as, ‘I’m just reporting,’ and I never thought about it as anything more than that. But it always made me feel good because people were always kind and encouraging.

“I love talking about my kids as they get older. In my eyes, they’re the cutest and funniest kids in the world, so it was always fun on the morning show to share some of the funny things that they would do. Then it was always sweet when viewers would ask how Grace Anne’s ballet class was going because I had shown a picture of her in a tutu doing a little spin.

“At the same time, we’re careful about what we share and not sharing too much. Yes, I have to be very mindful because we know it’s a scary world out there, and my babies are everything to me. Protecting them is very important, and I definitely have to step back and be careful and not put everything out there.” 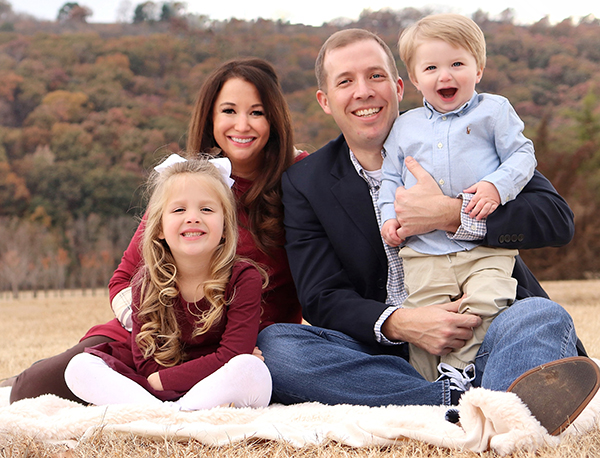 Such is not to say that celebrity doesn’t have its perks. Being a public figure, Brooks has been able to bring attention to causes she cares about, of which there are many.

“There are several things I’m passionate about. One of them is Easter Seals,” she says. “My nephew was born at 2 pounds, 2 ounces at 26 weeks gestation. It was a very rocky few months in the NICU and, thanks to UAMS doctors — who are absolute heroes — and Easter Seals, he is perfect.

“Salvation Army is important to me. The Miracle League, my husband and I were coaches for years right up until about two years ago. And [Arkansas] Children’s Hospital is near and dear to me because our little boy has had some pretty severe respiratory issues. We love Children’s Hospital.”

As her personal life accelerates, Brooks doesn’t know precisely what the future holds for her professionally. Advancement in the news business generally involves moving around to larger markets with bigger audiences and more demands. She doesn’t necessarily feel that pull, being that she’s far more comfortable with the places and people she knows best, on both sides of the camera.

“Being on mornings for so long, that’s more of a personal experience. I felt connected to people in that way,” she says. “I feel like viewers were with me through both pregnancies and through really happy times and really hard times, really sad times.

“I had a miscarriage between my daughter and my son, and it actually happened on the air as I was closing the show. I didn’t talk about it, obviously, and no one knew at the time, but I feel like everyone’s been with me through it all. So, it’s always sweet to meet people and to connect.”

For now, she likes what she’s doing and says she would be content to stay where she is indefinitely, especially if she succeeds in pulling off her dream project.

“I’m very, very passionate about good news,” she says. “I do a weekly franchise called ‘Good News Matters’ and it runs every Friday at 5 p.m. I get to go out and feature good things that are happening in the community.

“I push hard in the newsroom for good news because there are so many people doing amazing things, and they just don’t get the attention that they deserve. I’m big on trying to feature those because I think the biggest complaint … is we’re always showing bad news. It’s always depressing.

“I’ve tried to beg the bosses to give me 30 minutes of just good news. And I wish you could see the looks on their faces. We can find enough good news to fill 30 minutes a day, but sadly that’s not what everybody wants in the newscast. I think to anyone in news in this country, that’s probably not realistic. But someday, hopefully, it will happen. I feel like we need it right now in the world.”

READ MORE: The People Behind Your News: Amanda Jaeger

The Art of the Squeal: Barbecue Bucket List
June 29, 2022
Go to Top
Never Miss An Issue!