The Plant-Based Brunch at Esters 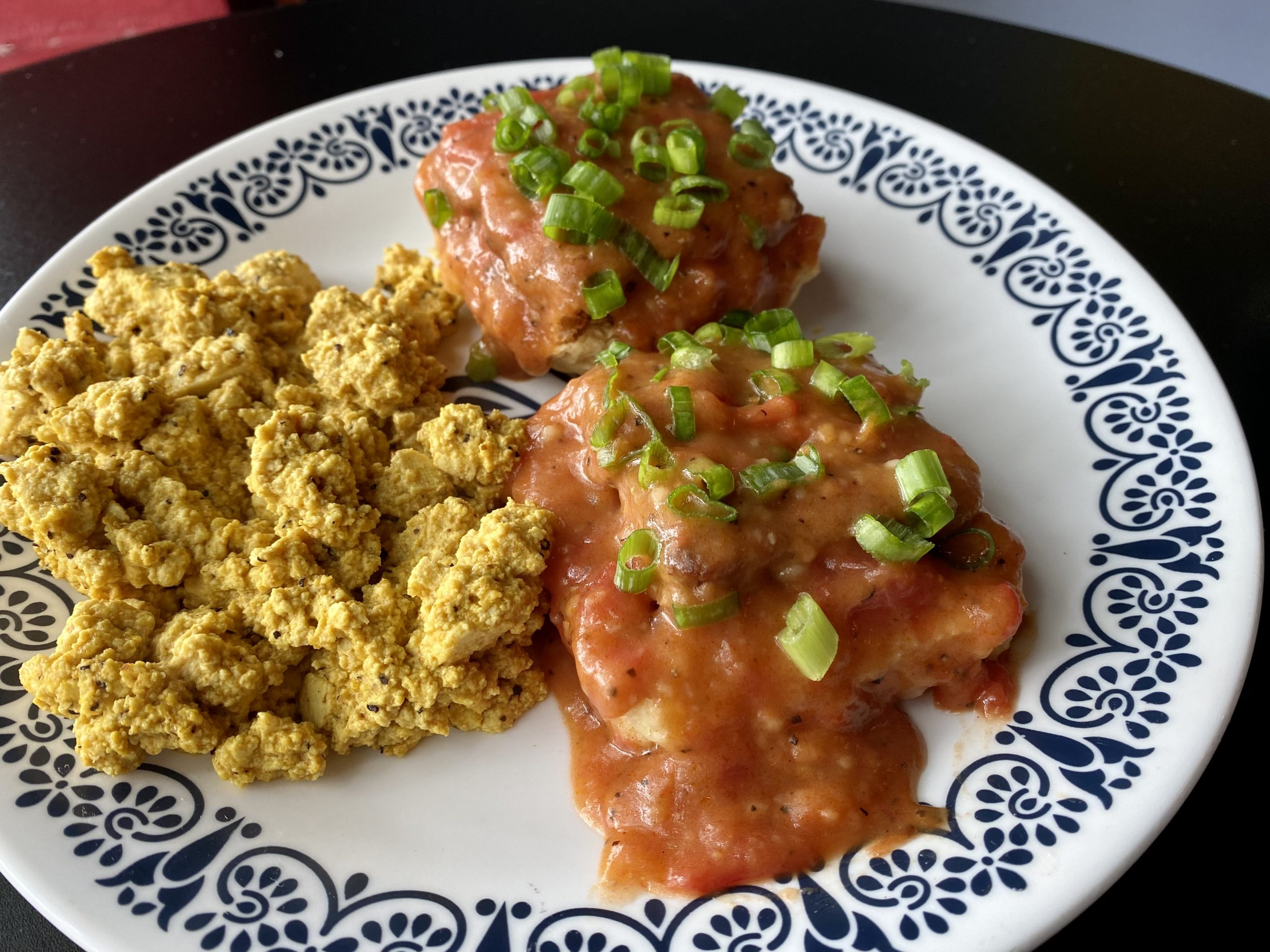 Evan Mathis is at it again. The owner and operator of Esters is always tinkering with his plant-based menu, this time piquing my interest with a recent Biscuits & Tomato Gravy brunch special that got me down to his SoMa pub on a recent Sunday morning.

Any hesitation you might have about eating tomato gravy should be cast aside. It is a dish Mathis grew up eating as a kid, so he knows his way around making it. He is also using local tomatoes from Barnhill Orchards (a wise move) to create the thick, slightly acidic biscuit topper. Speaking of biscuits, those are just as impressive at Esters, with a traditional taste and texture that is sure to please. I also suggest adding a side of tofu scramble.

Wanting to write a thorough article, I also ordered three additional dishes from the 7-item brunch menu, and not one of them disappointed. 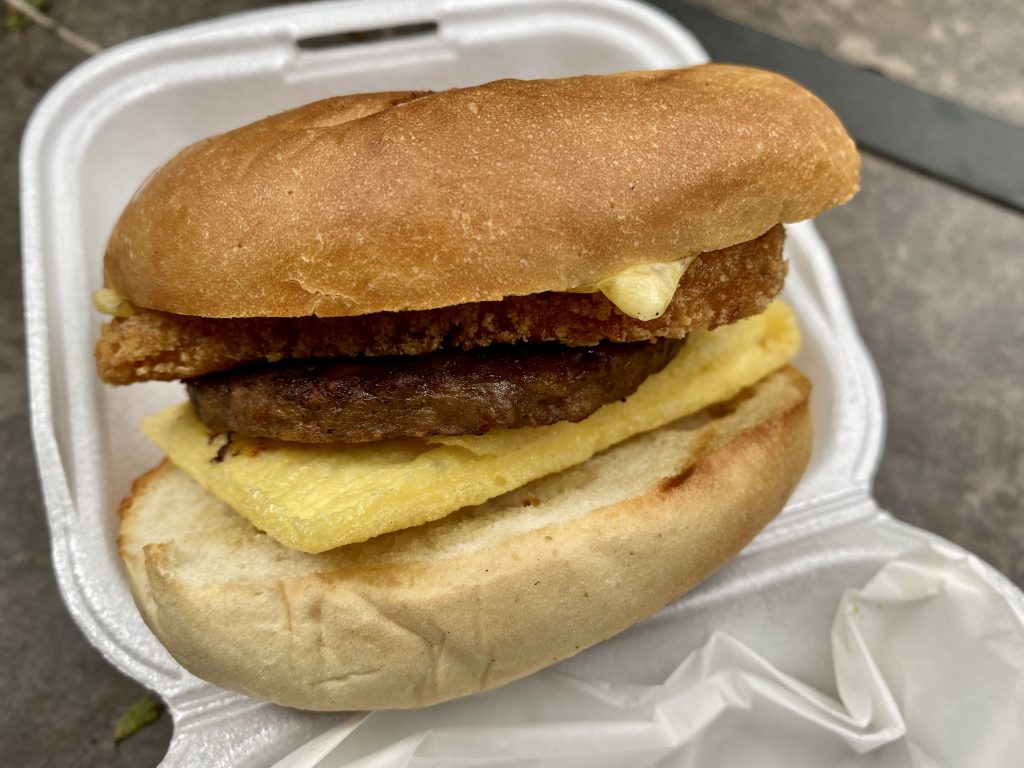 The Mountain Bagel is not much to behold from a visual standpoint, but what it lacks in looks, it makes up for in taste. A plain bagel comes with a “sausage” patty, JUST Egg, cheddar, maple mustard and a crispy hash brown formation that is irresistibly good. I had a hard time putting it down to allow my other family members to sample, as was also the case with the Chick’n Biscuit, another winning handheld with a Chick’n fried seitan cutlet and cheddar cheese on one of those house-made biscuits. A slather of sriracha aioli added just the right amount of heat.

Finally, the Breakfast Burrito comes with a flour tortilla filled with JUST Egg or tofu scramble, along with cheddar, tomato, mushrooms, onion, and spinach. The sauteed spinach adds maybe a touch more moisture than needed, but this is a minute criticism in an otherwise perfect brunch.

And here is the thing, I am not a vegetarian nor do I practice a vegan diet, but I do respect creativity and always try to keep an open mind when it comes to eating new things. I gently suggest you do the same as it pertains to the plant-based menu at Esters. At the end of the day, we are talking about legitimately outstanding food, all from a restaurant/brewpub that needs to be supported by both plant and meat-eaters alike. 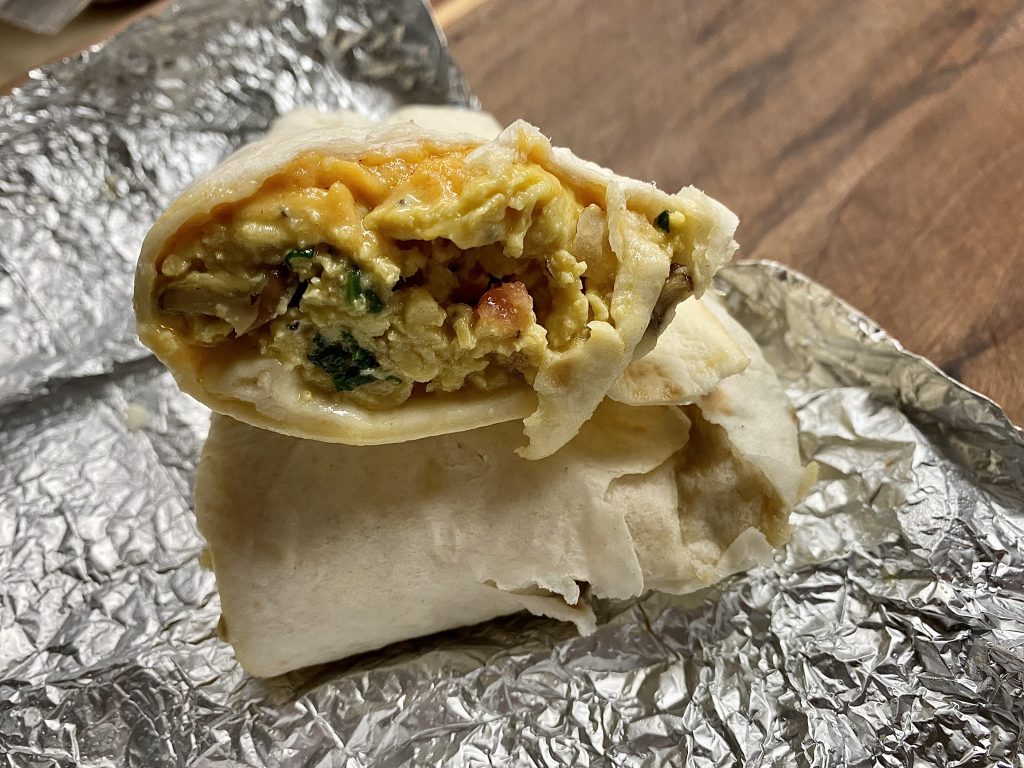 The food also happens to be a great value, as the entire brunch menu consists of items costing between $6-$10. In addition to that, the setting is super chill, complete with a full bar, televisions all around, and a game room in the back that the kids will love.

At Esters, there is something for everyone, especially at brunch. The service runs from 11 a.m.-3 p.m. on Sundays. From the looks of the social media, Evan and his crew have been up to some new dishes, including the Cheddar Bay Bennie, Egg McMuff’n, and cinnamon rolls.

READ MORE: Eureka Springs Restaurant Named One of Tripadvisor’s Best in the U.S.