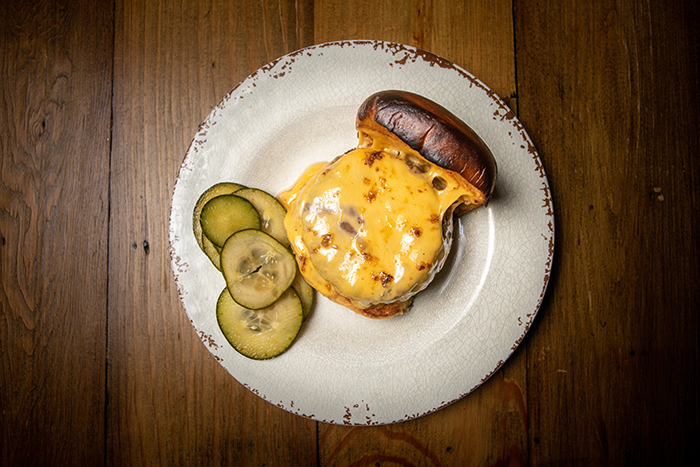 The Real America: A Country Between Two Buns

As varied and diverse as America has become, there are precious few things we can all say we’ve experienced at least once, regardless of background, religion, culture or race. This is especially true of food, where disparities in access and economics often keep some dishes out of reach or tucked away with one culture’s experiences while bypassing the rest of us.

The magnificent burger is the exception.

As food goes, burgers are the great reconcilers, and may just be the one thing that every solid-food-eating person in the country has tried at least once. It’s usually blasphemy to paint with a brush that broad, but between the proliferation of fast-service restaurants, the introduction of meatless patties (hello, vegans) and the cult of burger-as-hipster-art, anyone who claims to have never had one is either lying or not telling the truth.

Of all the staple dishes that hold together the American experience — culturally, economically, gastronomically — it’s hard to think of anything more closely associated with this great Republic than the burger. Name your favorite food category — Mexican, Chinese, Southern, etc. — and you won’t find the real deal everywhere you go in the USA. Not so with the burger, which you can find coast-to-coast from midtown Manhattan to some lonely diner perched by a desert highway to a million backyard grills on any given summer’s night.

Like most foods, burgers are cultural barometers and can tell you a lot about the terroir of where you are and who cooked it. That’s certainly the case with two of Arkansas’ most talented burger wizards, Little Rock’s Scott McGehee and Hot Springs’ Anthony Valinoti, whose respective takes on the burger provide a fascinating glimpse into their lives as people as well as chefs.

“Three of the things that I love the most are burgers, pizza and pasta. I mean, that’s what I grew up on,” Valinoti says. “I’m a straight-ahead guy. I want a cheeseburger on a good bun, medium-rare and that’s it. Just give me good meat.”

If you more closely associate the Brooklyn, New York-born Valinoti with pizza than burgers, you’re not alone. His Spa City pizzeria DeLuca’s is routinely ranked the best in Arkansas and has been listed among the best pizzas in the country by national publications. But if you haven’t been by his landmark restaurant lately, you might have missed his addition of a cheeseburger to the menu, a minimalist sandwich cooked in a pizza oven that’s sending diners and critics alike into a swoon.

“That thing that looks so simple to do, really isn’t that simple to do,” he says. “It’s the same thing with a hamburger. I don’t like things that are laden in toppings and this and that. It’s all hard to do, but it’s worth the effort in the end to see the satisfaction that people have. Once they taste it, they’re like, ‘How can this be this good?’”

A burger that’s served up with only a crown of cheese and a few pickles on the side has no place to hide inferior ingredients. Which may explain why Valinoti has gone to such exorbitant lengths to marry the best meat and bun in existence, shipped weekly to Arkansas from back east.

“I found a butcher in New York that’s working with me. They’re a company in Brooklyn that has been in business for a long, long time. A hundred years or something like that,” he says. “The meat is a very special blend that he makes for me. I can’t find it anywhere. I even tried to do it myself. They just make it better than everybody else. Then we found the bun, which comes from Pennsylvania, and that’s overnighted to us as well.

“Sometimes, you have to go out of your way to give people something great. I don’t believe in that idea of it’s ‘good enough.’ I want to give my customers the absolute best thing I can give them.” 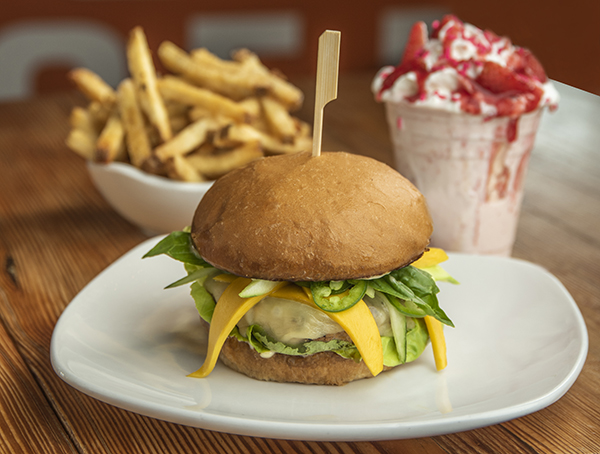 McGehee, executive chef and partner with Yellow Rocket Concepts, similarly shares his backstory with every burger served in his Big Orange restaurants.

“We try to conjure up something that’s a little different. I want everything to be slightly elevated, unique. I don’t want to do what everyone else is doing.”

As with his other restaurants, Big Orange is as much an homage to Arkansas culture as a place to get a good meal. A quick scan of the menu yields a lot of local references and purveyors that together help tell the story of McGehee himself.

“We lean into local produce as much as we can,” he says. “We also developed a bun recipe at Boulevard Bread Company when I owned that, which was somewhere in between challah and a brioche.”

“It was very important to us to have very high-quality beef. We blind taste beef all the time, and we like the beef to be coarsely ground and have a decent amount of fat.”

Coming up, McGehee worked in one of the finest restaurants on the West Coast, Chez Panisse, which offered a luxe burger that taught the young Arkie how even simple dishes can be elevated. Today, he’s the first to point out the local talent who are carrying on that mentality.

“I like a thick burger. I like my burger pink in the middle. Anthony [Valinoti] has the really thick burger, which I love, and I think his is fantastic,” he says. “Among thin burgers, and you can quote me on this, the best thin burger I’ve ever had in my life is from Excaliburger by Kyle Pounders. If anyone makes a better burger than me, it’s probably Kyle and probably Anthony.”

No one really knows the exact origin of the hamburger as we know it today, but America has as much claim as anybody. One theory says Wisconsin Charles Nagreen was struggling to sell meatballs at his stand at the 1885 Outagamie County Fair, so he squashed them flat and sold them between bread slices under the name ‘hamburger.’ That same year, Ohioans Frank and Charles Menches, who were known for their sausage patty sandwiches, ran out of pork and substituted beef during the Erie County Fair in Hamburg, New York, for which they named their new creation.

Louis Lassen of New Haven, Connecticut, also claims the sandwich. Unlike the other two, which were adaptations of other dishes, Lassen is said to have designed the hamburger from the ground up in 1890 to sell at his luncheonette. Incidentally, you can taste exactly what Lasson came up with today at Louis Lunch, the New Haven burger restaurant that’s operated since 1895 and still uses the same recipe prepared on the original cast-iron cooking apparatus.

And it wouldn’t be a controversy if there wasn’t one of those pesky Texans involved, in this case, Fletch ‘Old Dave’ Davis, who came up with something that sounds pretty close to a patty melt — fried hamburger steak on Texas toast — which was the hit of the 1904 St. Louis World Fair. He served them with a side of crispy potatoes, thereby also staking his claim to have invented French fries. Or maybe that’s just the Texas talking.

No matter where it came from, the burger today is one of the undisputed icons of American culture. Not only do we eat a smooth 50 billion of them a year in this country — or three a week, per researchers — but thanks to McDonald’s, we’re towing the world right along with us. The fabled brand reportedly sells 75 burgers a second, around the clock, to 69 million people a day through 38,000 global locations. And every bite of that delivers a little taste of the red, white and blue to the far corners of the globe.

Sure, it’s just a burger — and probably not the best one you’ll ever eat, at that. But in a world where so much drives us apart, isn’t it nice to know there are still some things that can bring us together, if just for a moment? A burger is all that and a bag of fries. 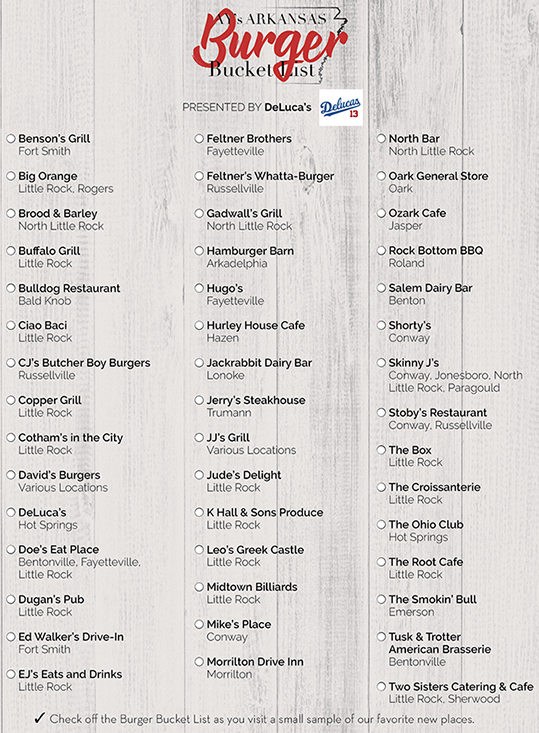