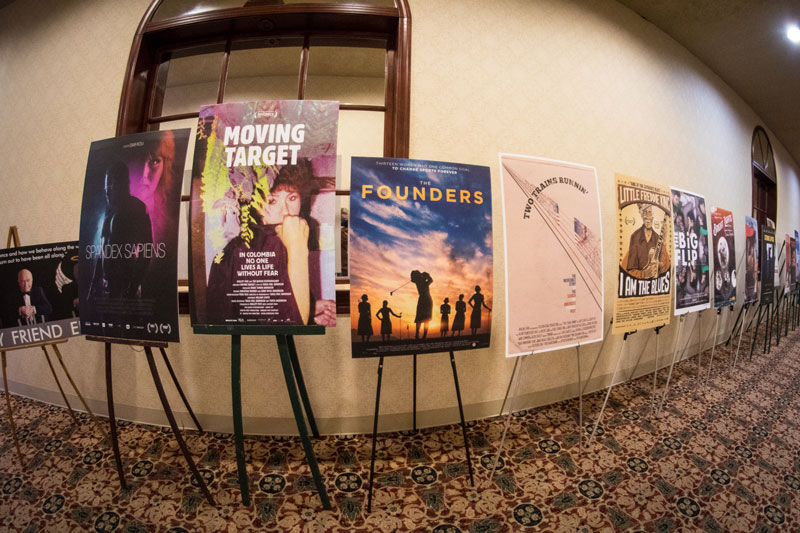 [dropcap]F[/dropcap]or over a quarter of a century, the Hot Springs Documentary Film Festival has served as a cultural touchstone for nonfiction filmmaking. In the past, the festival has hosted films by icons like George Takei. This year, they plan to turn up the heat.

Hot Springs native and filmmaker Jennifer Gerber recently took over as the festival’s interim executive director after Courtney Pledger departed to head up to AETN. Pledger was appointed to her new post by Gov. Asa Hutchinson. Gerber has volunteered at the festival off-and-on since she was in high school. After graduating from Columbia University, she returned to her hometown to work on film projects. She found that Hot Springs wasn’t completely off the map of the entertainment world.

“I’ll be honest, I was super nervous I wouldn’t find a film community like I was used to in New York,” she says. “Fortunately, the week I arrived in town was the week of the documentary film festival. I reached out to the festival and volunteered as a projectionist and I saw well over 50 films that week. I was blown away by the quality of films and filmmakers that were walking the streets of Hot Springs. Literally, my personal filmmaking icons were just hanging out at Maxine’s and watching movies at The Arlington. It truly blew me away. I instantly saw the value this festival brings to our state and year after year I’ve become more involved.”

Gerber doesn’t plan to rock the boat too much during her tenure, but does plan to add short films before the features and the HSDFF Virtual Reality Lounge, where participants can watch films in 360 degrees.

On Friday, Oct. 6, the opening night film is LADDIE: The Man Behind the Movies. LADDIE shows Amanda Ladd-Jones’ 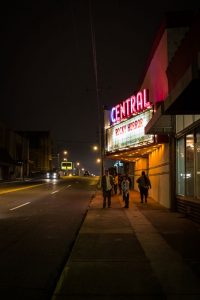 journey to discover her father, Alan Ladd, Jr, the quiet studio head and producer behind such iconic films as Star Wars, Alien, Blade Runner, Chariots of Fire, Police Academy and Young Frankenstein. Her quest leads her to understand her father as the man that he is and the impact he’s had on American cinema. To make the night perfect, Gerber sought out a Hollywood icon who had a history with the film’s subject to host that evening.

“Alan Ladd, Jr, was a producer on the film Body Heat [and] gave Kathleen Turner her breakout role, which is why we reached out to her since she has a personal connection to LADDIE,” says Gerber. “I’m a huge fan of her work and we are thrilled to host someone with such high profile on our opening night.”

“One other really cool thing about LADDIE as our opening night film is that it also tells the story of the legendary actor Alan Ladd, Sr., who was actually born in Hot Springs. I think this opening night film is going to be meaningful in so many ways. It is a homecoming for the Ladd family and having the powerful presence of Kathleen Turner is icing on the cake.”

At 12 p.m. on Saturday, Oct. 7, legendary filmmaker Werner Herzog will be on hand for a special screening of his award-winning film Grizzly Man, which tells the story of Timothy Treadwell, a conservationist in Alaska whose life came to a tragic end at the hands (or claws) of the creatures he loved. The Academy Award-winning Werner Herzog will also teach a master class on filmmaking that afternoon, followed by a screening of A Gray State, which he executive produced. The film, which is directed by Erik Nelson, focuses on the mystery surrounding the death of Army veteran turned alt-right filmmaker David Crowley. It begins at 5 p.m.

Herzog’s visit came through Gerber’s connection with the University of Central Arkansas, where she teaches, as the school was looking to bring Herzog on board as a visiting artist. She felt it was natural to have him travel to down to Hot Springs for the festival.

The closing night film on Saturday, Oct. 14 is Davi’s Way with actor Robert Davi in attendance. The character actor has appeared in over 130 feature films, including roles as a Bond villain in License to Kill and as an opera-singing criminal in The Goonies. Tired of always being typecast as the bad guy, he decided to express his more romantic side and record a Frank Sinatra tribute album. Then, to celebrate Sinatra’s 100th birthday, he planned to recreate the fabled “Main Event” concert in Madison Square Garden. The filmmakers followed Davi throughout the year-long process.

Now in its 26th year, the HSDFF has garnered tremendous respect from the world of documentary filmmaking. The staff and volunteers make sure they go above and beyond for visiting filmmakers and special guests to ensure their reputation for hospitality. Gerber feels that the contributions of the festival are a value to the community.

“The cultural opportunity HSDFF brings to Arkansas is invaluable. Outside of events such as HSDFF, Arkansans do not have many chances to experience a such concentration of so many independent and culturally important films like the ones included in our lineup. Bringing creative and varied voices to Arkansas is our passion and we work tirelessly to join forces with filmmaking legends to build exposure and recognition for our vital organization.

“I’m also amazed at the pure passion for documentary films in this community. HSDFF draws a varied crowd of intellectuals, artists, community organizers and film buffs. In my time working for the festival, I’ve seen how many of our volunteers, sponsors and audience members are deeply passionate about this mission and the outpouring of community support is why the festival continues to grow year after year! I’m honored to play a small part in its continued growth.”