The Science of the Scare: Amid the Terrors of the Pandemic, the Frights of the Night Return 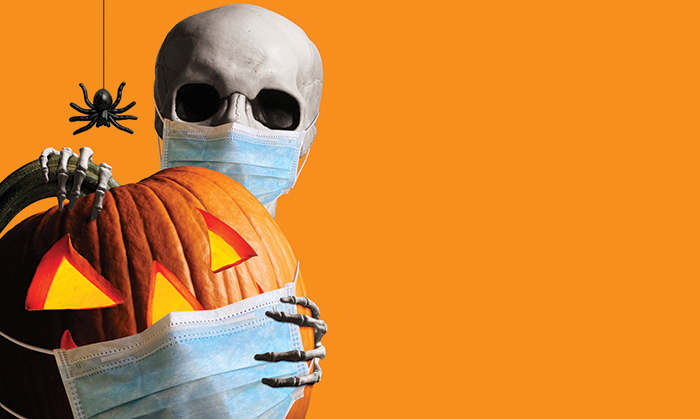 The Science of the Scare: Amid the Terrors of the Pandemic, the Frights of the Night Return

In the frightening time when the COVID-19 pandemic runs rampant, U.S. Capitol protestors run amok and politicians run their mouths, the owners of haunted houses and terror parks want to scare us even more this Halloween season.

But it’s a healthy type of created fear, psychologists say. It’s a fear that replicates the hormones that people eons ago needed to survive in a world that wasn’t as safe.

“It’s a primal thing,” says Dewayne Lawrence, the owner of the Terror Ridge Scream Park on U.S. 63 between Jonesboro and Bono. “You can’t drive by a wreck without rubbernecking to see what happened. You don’t want to see it, but you have to do it.

Spooky specialists agree. Fear is a mechanism evolved to protect people from danger and harm from predators. If someone hears a rustling noise while walking through the woods alone at night, he or she will respond with heightened levels of arousal and attention.

If the noise is just a cat or a gust of wind, it’s no big deal. But if the person fails to activate that alarm response in the dark woods and there is a real threat, the cost could be detrimental.

The chemicals released by the body’s sympathetic nervous system when scared are like the endorphins emitted when people are happy and laughing, scientists have found.

“Those chemical signatures look similar to when we’re scared,” Margee Kerr, a sociologist and author of Scream: Chilling Adventures in the Science of Fear, said in an interview with Healthline, an online health website. “If we’re in a situation where we know we’re safe like a haunted house, scary movie or roller coaster, think of it as hijacking the flight response and enjoying it.”

Psychologists call the haunted houses and movie theaters that show horror movies as “the safety net.” When people get scared, their bodies go into the fight, flight or freeze mode. Because they are in a controlled element, their brains will evaluate the situation and tell the person he or she is safe from risk. The body calms, and the person enjoys the adrenaline rush because they know they are safe. The rush, physicians have said, is equal to an opioid-like sense of euphoria.

“It’s like your brain is at the edge of danger, but it knows it’s not actually at risk,” Katherine Brownlowe, a psychiatrist at the Ohio State University Wexner Medical Center, told Healthline.

Because of the need for survival, the brain doesn’t have a lot of time to consider a frightening experience. When exposed to fear, it reacts immediately and then assesses the situation, hence the quick rush and then realization that the danger is not actually real.

Lawrence has seen varied responses to his frightening scenes in Craighead County.

He’s been doing some type of haunting for the past 30 years. People either laugh, run or strike out after the initial scare.

“Lots of adults miss being kids,” Lawrence says. “The world seems so much more serious now. They’ve seen the reality of life, the hospitals, the funerals. We crave to be kids again. Here [at Terror Ridge], we can see things we’re not used to seeing.”

A walk through Lawrence’s park takes about 25 minutes. Most is outside, and visitors follow a path through a darkened lot. His scenes are more family-friendly, he says. There’s no machete-wielding, hockey-mask wearing Jasons or crazed Freddy Kruegers in dire need of manicures. Instead, Lawrence says, his creations are his own.

One of the heart-stopping scares is an 11-foot monster that pops out of a cave.

“I want to tell our story,” Lawrence says. “We want to make our own monsters.”

John Veasman, owner of the Fear Factory 501 in Jacksonville, also employs the psychology of fear in his haunts. There are monsters that leap out and tight, enclosed hallways that creep out those with claustrophobia.

He says each person has his or her own fears. His daughter is afraid of clowns, perhaps, he says, because she can’t see their real faces. Veasman is frightened of spiders and snakes.

He also sees the differing reactions to the scares.

“Some lash out,” he says. “They want to use our actors as punching bags when they get scared.”

Veasman, who is retired from the U.S. Air Force and also produces pyrotechnic shows, uses 50 actors in his Fear Factory, training them in a choreography of chaos.

“If I can’t scare you, at least I’ll entertain you,” he says.

Canadian psychologist Margo Watt found that the haunted houses activate a “hypervigilance” for any supernatural or malevolent forces. Visitors already know they are going to something scary, so their senses are heightened. Research, Watt reports, showed that people are uncomfortable when their physical space is violated; the narrow hallways of Veasman’s Fear Factory and the thin paths at Lawrence’s Terror Ridge attest to that.

It, along with darkness, limits a person’s ability to flee should it become necessary, and the brain is placed on a higher level of alert.

“I study hard to make a good show,” Lawrence says. “We try to control the scare. I may play quiet music to calm people and then have something jump out.”

He spends much of the year trying out new mayhem. He shakes bolts in an empty gas can, called his “thunder jug,” and creates a haunting noise. He also uses a palm sander on a wooden barrel that makes an eerie vibrating sound.

He also employs a fog machine and low-voltage audio akin to sound from a car stereo.

While the pandemic may be the scariest event in years, both managers of mayhem say it has actually increased their business.

Both plan to open this month, maintaining safety standards such as social distancing and mask-wearing if they can.

“We had one of the biggest years ever,” Veasman says of last year’s activity at his Fear Factory 501. “There was no other entertainment. There wasn’t anything else to do.”

Lawrence says he will also encourage visitors to wear masks, but he can’t force them. The pathway lets him separate families to maintain distancing.

“It’s a difficult thing to control COVID,” he says. “If we can’t control it, we may have to shut it down.

“We want people to experience this, but with the virus going on, we don’t want to scare them with that.” 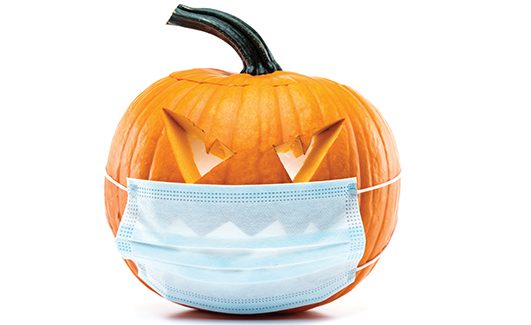 Study performed by Broadband Choices, which tracked participants’ heart rates while watching some of the most iconic scary movies of all time. Rankings identified by highest average heart rate.

Starring Ethan Hawke, from horror powerhouse Blumhouse Productions, Sinister follows the true-crime writer Elliot Oswalt, as his obsession with reviving his career leads to an investigation into a series of family murders and child kidnapping. After unearthing an archive of grizzly 8mm films, seemingly showing the murders, including one in his own home, his obsession risks putting him and his family in danger.

“One of the great modern horrors, Sinister is packed with scares, twists, jumps, creeepy kids and bad decisions, which kept our test subjects’ hearts pounding throughout the whole movie.”

Best of the Rest

“Watching each movie in 5.1 surround sound, the panel of 50 people consumed more than 120 hours of the best horror movies, each fitted with a heart rate monitor to measure which movies got their blood pumping the most to find the ultimate horror movie and crown the king of fright night.”