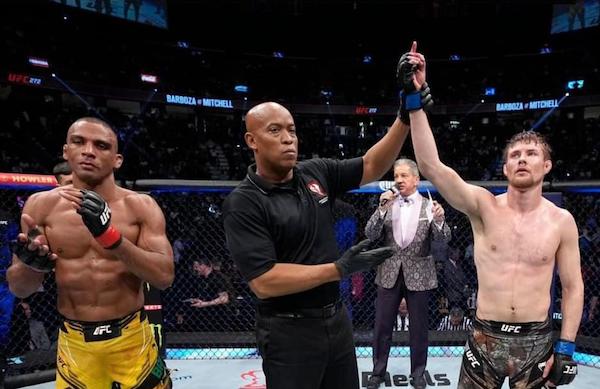 Bryce Mitchell, the mixed martial artist from Sherwood, not only defeated Edson Barboza on March 5 but also pledged to give up half of his purse from his big win to support Arkansas children with medical conditions.

Mitchell (15-0) walked away with a purse of $90,000, and vowed to give back $45,000 of it, tweeting, “Arkansas, I’m ready to give back.” Mitchell explained after his fight that he’s inclined to help people, just as much as he is to build his legacy as a fighter.

However, Dana White, the president of the UFC, had other plans. At a press conference, Mitchell told reporters White’s plans.

“Dana White came up to me after the fight and he said, ‘Don’t give your money, I’m going to give the $45,000,'” Mitchell said. “I’m still going to give some money, I’m still going to do something because I need to. There will be more than $45,000. We have people coming out of the woodwork, so I’m planting the seed. We’re going to watch this thing grow. It’s all about giving back. Like I said, this ain’t going to be about just hurting people, when I’m done. We’re going to help people.”

With others stepping up to help, Mitchell has planted the seed to give back.

Against whoever gets me that title fite. pic.twitter.com/OgLcyIg2Gh