The Soundtrack of Arkansas 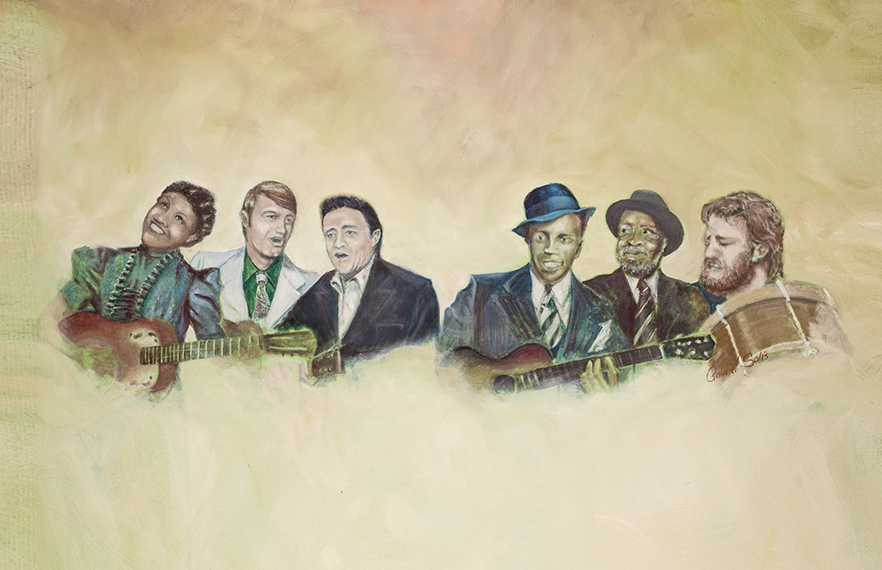 By Caleb Talley | Painting by Gabriel Solis
The Natural State, though relatively small in size and wealth, is a behemoth when it comes to producing some of the most consequential contributors to our country’s music. So many influential Arkansas singers and songwriters have played a role in the development of music as we know it. They’ve sewn themselves into the fabric of American culture with timeless melodies that have composed the heartbeat of a nation.
And when considering Arkansas’ legendary musicians, it’s hard not to notice what they almost all have in common. From country to blues, bluegrass to soul, nearly all of Arkansas’ most influential song makers sprang up from the fertile soil of the Mississippi River Delta. Why?
“A lot of it is tied to Delta agriculture, from slavery to white and black tenant farming,” says Kyle Miller, director of the Delta Cultural Center in Helena. “It was a hard row to hoe – no pun intended. It came from the sorrow and the pain associated with where the music developed. It’s an expression of peoples’ lives, what they were experiencing.”
Miller points out that while the Delta is most often associated with the blues, it’s been home to some of America’s best country musicians. 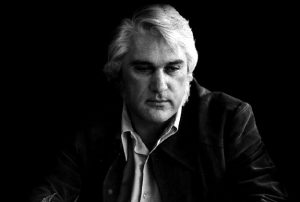 Charlie Rich of Colt – a small community between Forrest City and Wynne with a population less than 400 – expanded the boundaries of country music in the 1970s.
Rich’s sentimental blockbuster record, Behind Closed Doors, shook country music with its heavily-orchestrated production, breaking from the hillbillies and outlaws that had dominated the genre, while combining elements of both rock ‘n’ roll and jazz. The Silver Fox’s lush ballad sound would come to be known as “countrypolitan,” and would dominate the genre for years to come. He was country music’s Entertainer of the Year in 1974.
Before Rich transformed country music in the 1970s, Delight-native Glen Campbell was reaching the pinnacle with top hits and international celebrity. The seventh son in a sharecropper’s family of twelve children, Campbell set himself apart from an early age with his guitar, having joined his uncle’s western swing band by the time he was a teenager.
Campbell was a dominating force during the 1960s, scoring top five hits in both country and pop. Between 1967 and 1980, he racked up 30 top twenty country hits and 19 top forty pop records, including legendary songs “Rhinestone Cowboy” and “Southern Nights,” both of which reached No. 1 on the Billboard charts. 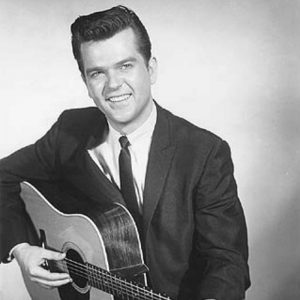 Hailing from Helena in the heart of the Arkansas Delta, singer-songwriter Conway Twitty churned out more hits than Rich and Campbell combined. Born Harold Jenkins – he named himself after the Central Arkansas town of Conway – Twitty dabbled in rock ‘n’ roll before turning full-time to his first love, country music.
His first hit, “It’s Only Make Believe,” in 1958, sold more than 8 million copies. He then peppered more than 50 No. 1 hits across three decades, earning himself the nickname “High Priest of Country Music.” His string of 50 consecutive top hits was bested only by George Strait.
Before his untimely death on tour in 1993, Twitty had sold 50 million records and amassed more than 100 awards.
But while Twitty may have spent years lighting up the charts, there’s one Arkansas country star whose legend has long surpassed all others: The Man in Black. Raised in the Dyess colony of Mississippi County, Cash was present at the birth of rock ‘n’ roll as we know it, being one of the earliest signees to Sam Phillips’ Sun Records way back in 1955.
From then 1950s to the 1990s, Cash would straddle the country, rockabilly and folk parlances, producing plainspoken classics that have stood the test of time.
He wrote songs that addressed the lives of the common man, the downtrodden and the criminal. It’s impossible to discuss American roots music without mentioning this legendary baritone. In 2014, Rolling Stone declared his 1956 hit “I Walk the Line” to be the greatest country song of all time.
“What made him so great was the unbridled pain he brought when he sang,” says Patton Hughes, an Arkansas Delta native and front-man for Nashville rock band Red River Hymn. “I wish I could say that there’s something in the water, but I think it was the absolute need to express all of the pain, sorrow and hope associated with growing up on the farm.” 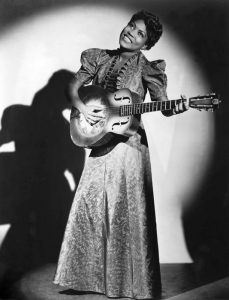 Cash served as an inspiration to countless musicians in Arkansas and across the globe in the years since he was catapulted to immortal stardom. But when once asked who inspired him, The Man in Black shined his light on another legendary Arkansas musician – The Godmother of Rock ‘n’ Roll, Sister Rosetta Tharpe.
Tharpe was born in 1915 to two cotton pickers from Cotton Plant, a small community in Woodruff County. By the age of six, Tharpe had joined her mother’s evangelical singing group. And it wasn’t long before she picked up her first guitar and asserted herself as a musical prodigy.
Her soulful voice and ability to shred the guitar took her from country church houses to Carnegie Hall. She was even a regular performer at Harlem’s famous Cotton Club. She broke the color line, touring with white singers and performing for mixed-raced audiences.
Tharpe would go on to influence generations of legendary musicians. Without her, there might not have been a Johnny Cash, Jerry Lee Lewis, Elvis Presley, Chuck Berry.
“So many musicians credit Sister Rosetta Tharpe, from Cotton Plant, as being extremely influential,” says Miller. “She created a whole style. She was one of the first gospel musicians to incorporate the electric guitar. Nobody was doing that until her.”
But Tharpe, too, had some inspiration in the form of an Arkansas guitar picker, a man who’s long been credited with recreating the blues, if not inventing it altogether. 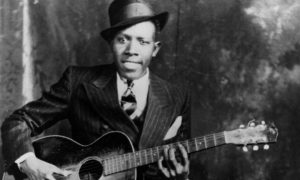 Robert Johnson wasn’t born in Arkansas, but he spent most of his life in Helena. And legend has it that at the turn of the 20th century, Johnson met with the Devil at a Mississippi crossroads and sold his soul for his guitar-playing prowess.
Whether or not the legend is true, Johnson spent the Depression-era years earning his keep as an entertainer, having mastered the blues while traveling up and down the Arkansas and Mississippi Delta. For many, Johnson’s music was the embodiment of hard times in rural America during the Great Depression.
“There’s a lot of sadness and struggle in the history there,” says Hughes. “The music really channels that experience through song. There’s a pain and you can’t fake it. When you listen to those old Robert Johnson recordings, you hear it all. You hear the pain in his voice and in his fingers every time he hits a note.”
Johnson only lived to record twenty-nine songs, having been the first of many legendary musicians to die at the young age of 27. He was poisoned by the jealous husband of a woman he was courting outside of a Greenwood, Mississippi juke joint.
And though his life was cut short, his recordings would alter the course of American music. His work inspired the likes of Eric Clapton and Keith Richards, both of whom referred to Johnson as the most influential bluesman to ever live. 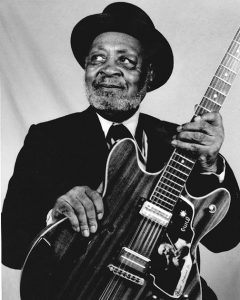 Before he died, Johnson took a young Robert Lockwood Jr. under his wing. Lockwood, born in Turkey Scratch and raised in Helena, was 11 when Johnson first taught him to play guitar. By 15, he was traveling with the bluesman, playing juke joints and fish fries up and down the Mississippi River.
In 1941, Lockwood teamed with friend and fellow Arkansas bluesman Sonny Boy Williamson to host the first regularly scheduled live broadcast of country blues, King Biscuit Time. In the years that followed, Lockwood would expand the spectrum of blues by bridging the gap between the country and the urban jump varieties.
His legend continues, most notably in the continuation of King Biscuit Time – one of the longest-running radio shows in the country – and the subsequent King Biscuit Music Festival, held every fall in Helena.
But Lockwood wasn’t the only music legend to come from Turkey Scratch, which accounts for little more than an intersection. Levon Helm, the voice and drummer of one of rock’s most enduring groups, The Band, called the Delta town home.
A hand on the family cotton farm, Helm got the itch to play music after watching legendary bluegrass musician Bill Monroe perform. He picked up the guitar at eight, but soon left it for the drums. By the time he was 17, Helm had joined fellow Arkansas native Ronnie Hawkins, and they moved their rockabilly sounds to Canada.
Helm and bandmates would part ways with Hawkins and play under different names throughout the early 1960s. By the mid-60s, they would join forces with Bob Dylan, at which time they became known as the Band.
With the help of Helm’s singing, drumming and songwriting, The Band churned out classic albums such as Music from Big Pink and The Band, a self-titled album the Rolling Stone called “one of the richest and deepest records in rock history.”
The Band played their farewell concert, titled “The Last Waltz,” on Thanksgiving 1976, which featured fellow musicians Eric Clapton, Van Morrison, Muddy Waters, Neil Young, Ronnie Hawkins and Joni Mitchell.
“He and The Band brought out the best in any performer that was lucky enough the share the stage,” says Hughes. “Nobody played like Levon, and nobody sang like Levon. It wasn’t just talent, but something ethereal he possessed.”
And while nearly all of Arkansas’ most legendary song makers have passed on, leaving behind legacies that will live on in the way they changed American music forever, at least one can be found today behind a pulpit. 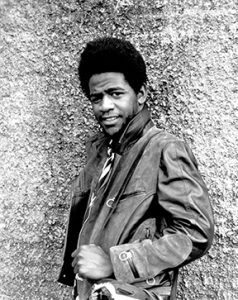 Al Green was born on a farm outside of Forrest City in 1946. From a very early age, he took to music, having performed throughout the region with his family’s gospel group, the Greene Brothers.
After having been kicked out of the family home for listening to secular music, Green started a musical group that helped propel him as an up-and-coming soul musician, even making a successful appearance at the Apollo Theater. Green then went out on his own and found major success, churning out classic hits in the early 1970s. His soft tone and falsetto embellishments took the soul genre in whole new direction.
“Al Green is one of the fathers of soul,” says Miller. “His songs, to this day, are being rerecorded and sampled.”
Today, Green can be found behind the pulpit of his Memphis church, Full Gospel Tabernacle, having turned to Christianity after a traumatic experience on tour.
The list of legendary Arkansas song makers is long, a testament to the state’s contributions to American culture and music history. It would take an entire magazine to include them all. These may be Arkansas music’s Mount Rushmore, but there are plenty of historical Natural State musicians – Scott Joplin, Sonny Burgess, Al Bell, Albert King, Howlin’ Wolf, Willie Cobbs and so many more – whose contributions to music won’t be forgotten.