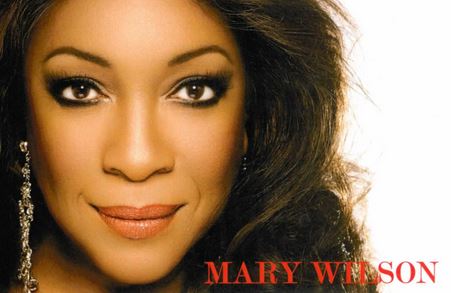 The self-described girl in the middle, Mary Wilson is taking center stage this week, performing at UA-Pulaski Tech.

A founding member of the girl group The Supremes, Wilson, along with Diana Ross and Florence Ballard, took the world by storm in the 1960s. With classic songs like Stop in the Name of Love, Where Did Our Love Go, and Baby Love, the group became the most popular U.S. vocal group of all time.

For her North Little Rock performance, Wilson is taking a trip down memory lane, performing an array of some of her favorite Supremes songs and a selection of other favorites. According to Wilson, the show is an eclectic mix, with songs from the Rolling Stones, Donna Summer, Tina Turner and more.

“I enjoy doing the Supremes songs, and I try to do some of those first so people can remember them. Then, I go into things I enjoy singing, and I find that people really enjoy that because they like to see Mary Wilson, not just a Supreme. To me, that’s kind of fun because it’s kind of like introducing an old friend that you haven’t seen in a long time,” she says.

Her illustrious career resulted in multiple albums with the Supremes, netting them 12 number one singles. One of the highlights her career was the opportunity to travel the world – something she still enjoys.

The tremendous popularity of the Supremes is difficult to define for Wilson, who likens the attempt to trying to define love. However, she attributes part of it to the uniqueness of the group.

“We have to remember we were black girls…and black people were not realy embraced as we are now so it was very difficult to achieve record deals,” she says. “I thought that we were all attractive. Obviously, our gowns were glamorous. It think that all of that had a role in that.”

Many girl groups at the time, including the Ronettes, failed to achieve the resounding success the Supremes managed. The music that this group produced, though, has resonated through the decades.

Take a trip back in time as Mary Wilson commands the stage.

The performance will be held Saturday, Feb. 15 at 7:30 p.m., at UA-Pulaski Tech’s The Center for Humanities and Arts.