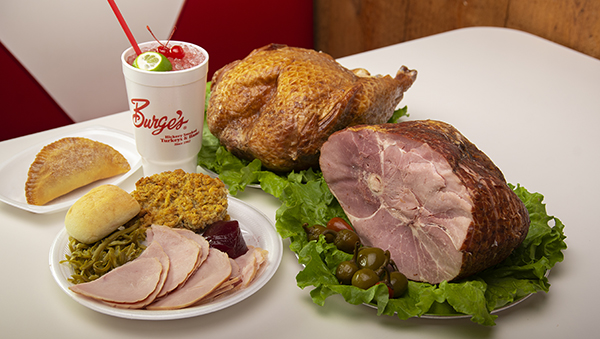 Last month, a nasty bit of fake news swirled around the internet, besmirching our beloved state and the people who live here. Amazingly, it had nothing to do with COVID-19 cases, the outcome of the presidential election or the beloved Hogs, but was equally distressing and demanding of counterpoint.

It came in the form of a survey detailing the favorite holiday (specifically Thanksgiving) side dishes from each state. Green bean casserole, predictably, won many. Some Southern states appropriately boasted macaroni and cheese. Those crafty Cajuns of Louisiana took cornbread dressing, as they should.

Arkansas? Well according to some pencilneck, when we sit down with family and friends, the most clamored-for sidecar is a heaping helping of white gravy. Not greens. Not mashed or sweet potatoes. Not even dressing. White. Gravy.

As we like to say dow’ heah, “Bless their hearts.”

I feel sorry for people who are so misguided about Southern cuisine in general and our celebratory fare in particular. The holidays are fed below the Mason-Dixon Line like nowhere else in our hallowed Republic. Southern fare done right is the simple elevated to the sublime anyway, but the last two months of the year, kitchens really put into overdrive to honor the season. And Lord, don’t we need a dose of that in 2020. 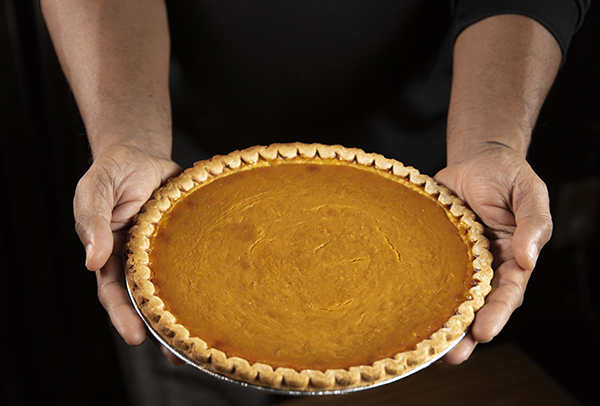 “Christmas really means something special. It has always been important to us because we are a family of faith,” says Donnie Lindsey who, with his wife Eleanor, is a second-generation owner of Lindsey’s Hospitality House in North Little Rock. “I think it just reflects on how blessed we’ve been.”

The family’s heavenly outlook has guided the landmark restaurant since Donnie’s folks, D.L. and Irma, opened the place in 1956, a testament to the power of faith and good food. And holidays bring out the very best in what the eatery has to offer. That means not only turkey- and ham-centric spreads, but a soulful third option for those who want to shake things up a bit.

“We do the traditional,” Lindsey says. “But a lot of people, after they’ve filled up with turkey and ham and all of that stuff during the Thanksgiving break, want to switch to something different. So, during Christmas, we sell quite a bit of barbecue, which is our main thing. That’s what the restaurant was started on, barbecue.

“We have a special platter that we make as a combination of all our five different meats that has beef, pork, ribs, chicken and links on it. That’s a platter that we offer throughout the year, but it’s very popular during the holidays.”

There’s magic in such places as Lindsey’s, mom-and-pop joints that have been serving moms and pops with the same quality across generations.

“I think the main thing is consistency and customer service,” Lindsey says. “We’ve made friends with a lot of our customers down through the years. They know that we’re going to put out a good, quality, consistent product.” 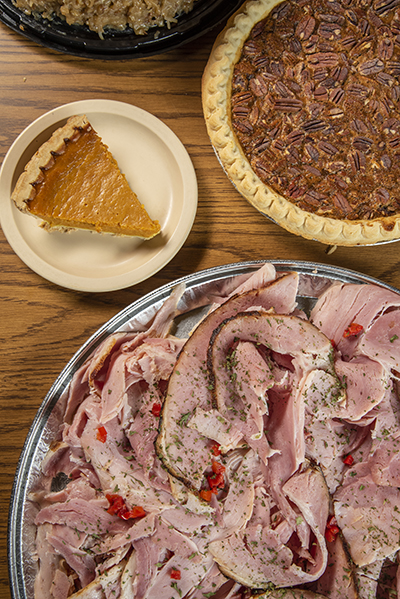 This consistency, of course, is what we crave at the holidays, tastes of something we remember from back-when. It’s oysters and black-eyed peas at New Years; seven fishes or pierogi on Christmas Eve; dad’s signature catfish and collards during Kwanzaa; Nana’s Hanukkah brisket and latkes. It’s the prayers of our forefathers and the potential of our children, bound together by the tastes that inspire stories and the stories that imbue laughter. It’s what we strive to create in our own versions of treasured family recipes or the new things we bring, literally, to the table.

Familiarity is what’s given Burge’s Hickory Smoked Turkeys and Hams its mojo since the original smoke shack fired up in 1953 in founder Alden Burge’s Lewisville back yard. A second location opened in Little Rock’s Heights neighborhood in 1977. Today, everything about the operation speaks to its long history, from the succulent meats to the people producing it.

“All of our smokers are in Lewisville. That store has been there since 1962,” says Jeff Voyles, who has owned the company for 11 years. “We have probably some of the longest-running employees at both locations of any company. That’s one of the great blessings that I’ve had in this business.

“In the Little Rock store, Louise Henderson has been here 28 years and has not missed a day of work. Her daughter has been here close to 20. We have some similar stories like that in Lewisville.”

That level of experience is one reason why Burge’s birds and hams are must-haves at many a holiday table in Arkansas and, increasingly, nationwide.

“We have customers we’ve been shipping turkeys and hams to for 40 years,” Voyles says. “And we have quite a few corporate customers that send smoked hams and turkeys to their clients.

“Let’s say an investment firm in Tennessee ships out 1,000 packages to its customers, and all of those customers receive an item, whether they live in Chicago, New York, LA, or anywhere across the U.S. Well now, they’re additional customers. They like the product, and they’re ordering for themselves.”

Burge’s meat is so coveted that in just two, three-week windows leading up to both Thanksgiving and Christmas, the company ships 16,000 parcels. With demand that high, early orders aren’t just recommended, they’re mandatory — especially this year.

“Greenburg Turkey out of Tyler, Texas, they’re much larger than we are. They had an explosion at their facility, and it burned down,” Voyles says. “They just put out the announcement that they lost all their inventory and won’t be honoring any orders that they’ve received.

“Our website crashed this morning, and our phones have been blowing up here and in Lewisville. People are scrambling trying to figure out what they’re going to do. We may be the closest, I’d say, middle market-sized smoked turkey supplier to Tyler, so we’re going to sell out this year. The only question is when.

“I have a feeling if I wanted to sell out by Thanksgiving, I could. But I want to provide stuff to people in December as well.”

Holiday fare is as glitzy as you want and as satisfying as you need. It’s warm cookies awaiting the last kid to get home from college and gifted jars of family recipe jam made from last summer’s peaches. They are magic formulas, these dishes, residing in yellowed church cookbooks and on faded index cards written in your grandma’s hand. It’s newlyweds’ first season as Mr. and Mrs. when two families’ traditions collide, commingle and come out entirely new. It’s humanity and heritage and hope, united and unbroken, around a table and across the miles.

But it’s also turkey on a plastic tray in the local homeless shelter, home-sent candies and a letter in a mess tent in Kandahar, an apple on a TV tray in the nursing home, Salisbury steak behind bars. In many corners of our community, losing one’s job or one’s way means the holidays bring no different a menu than at any other time of the year.

So while there’s much to celebrate, even in a year like 2020, there is also much work to do. Let each bite we enjoy this year strengthen us to stretch our arms wider in 2021, reaching those who need nourishment of the body, mind and spirit. Let us expand our tables one leaf after another, pulling chairs from hallway closets and our heart’s other rooms, welcoming all whom we touch and call family, be it by blood, by relationship or by community.

May your doors burst open to those you love most this season. 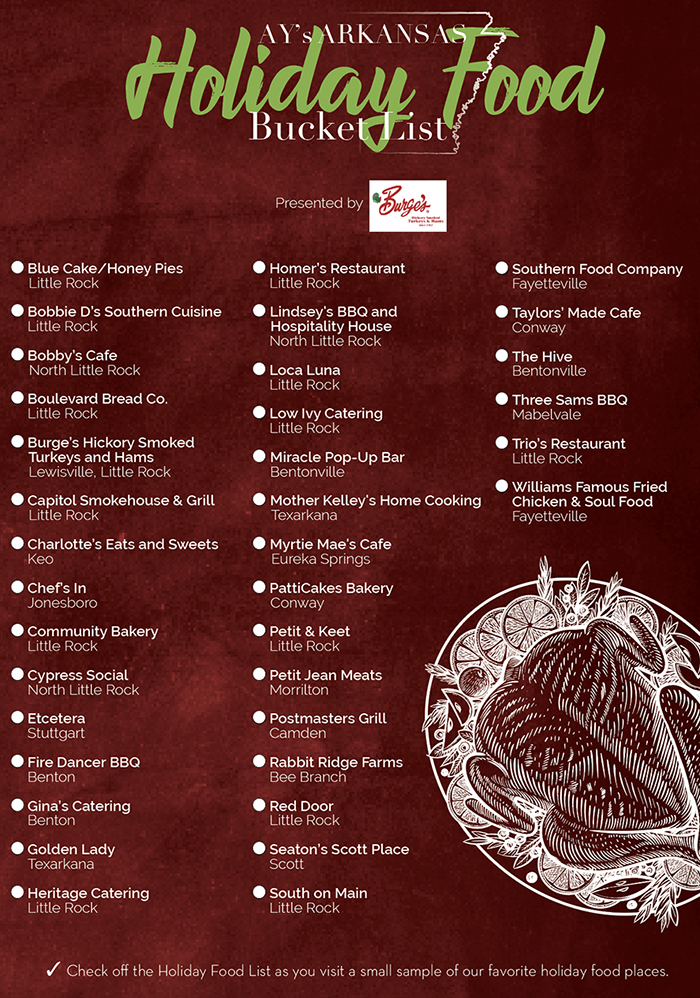