by Dwain Hebda | Photography by Jamison Mosley and David Yerby 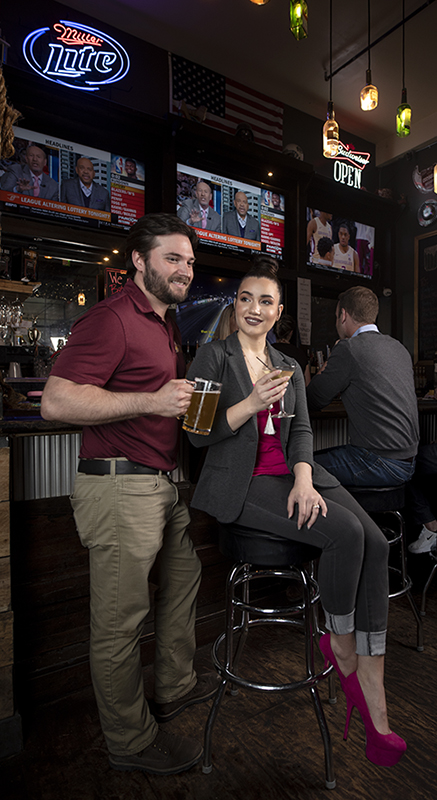 Brad and Lindsey McCray enjoy drinks at the bar at Brewski’s.

The only thing harder than defining the perfect bar is why we find bars perfect to begin with. 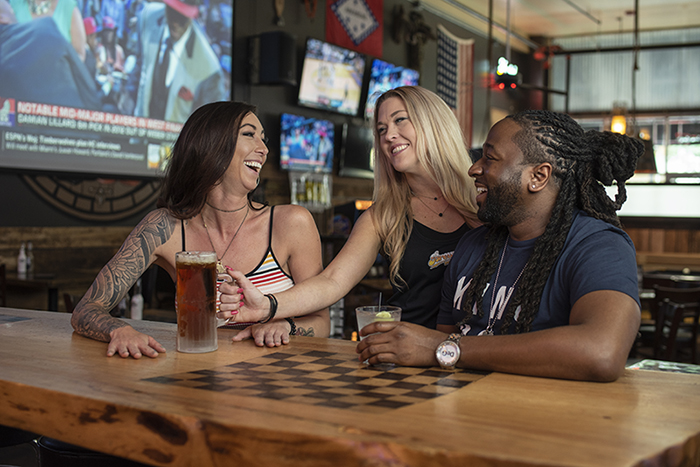 Maybe it’s the promise of familiarity and acceptance, the kind of joint “where everybody knows your name.” Maybe it’s the life events to which you either raised a glass in celebration or tipped a few in despair. Maybe it was where you met your mate or dumped your ex; witnessed your team’s finest moments or acted out a few of your worst. 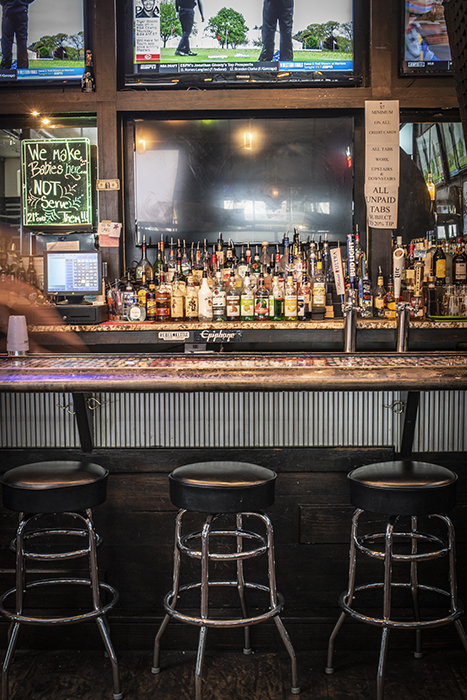 Whatever the appeal, whatever the allure, bars hold a special place in the American story. George Washington said his farewell after the Revolutionary War in a tavern. Flashy flappers and dapper gangsters cut romantic figures in 18th Amendment-flaunting speakeasies. Cowboys bracing for high noon unwound from the trail with a snort at the Long Branch.

From after-work drinks to the weekend get-together with friends, Arkansans are always on the lookout for the best bars with the best bartenders. But it’s not always easy to figure out which bars provide delicious drinks, the right atmosphere and top-notch service. Fortunately, we’re here to help you out. Here is AY’s bucket list of the coolest bars in Arkansas.

Bars are Hemingway and Fitzgerald and Hunter S. Thompson. Bars are Bogart at Rick’s in “Casablanca,” Jake and Elwood, “The Blues Brothers,” ducking beer bottles at Bob’s Country Bunker; Han Solo getting out of a tight spot in Mos Eisley Cantina and westerns galore. Bars are Willie Nelson’s “Whiskey River,” Frank Sinatra’s “One More for My Baby (And One More for the Road),” The Doors’ “Roadhouse Blues,” and John Lee Hooker’s “One Bourbon, One Scotch, One Beer.”

Bars shouldn’t be romantic but they are, hearkening as they do to quaint pubs of the old country, mahogany-paneled haunts of power brokers, sawdust-laden honky-tonks and worn gritty dives. Maybe the band was good, maybe the beer was cheap, maybe the waitress was cute, whatever; the simplest things in bars are often the best things about them.

“One, your place has to be comfortable,” says Brad McCray, owner of Bear’s Den Pizza in Conway and Local Union and Brewski’s Pub & Grub, in Little Rock. “You could open a five-star place and you might be really busy for a couple years, but I think the cool thing about a bar or pub is still the same. You go in. You’re casual, comfortable. You meet with your friends, and you order drinks from a bartender pouring whiskey from a bottle. Those things have not changed, and I think that’s one thing people love about them.” 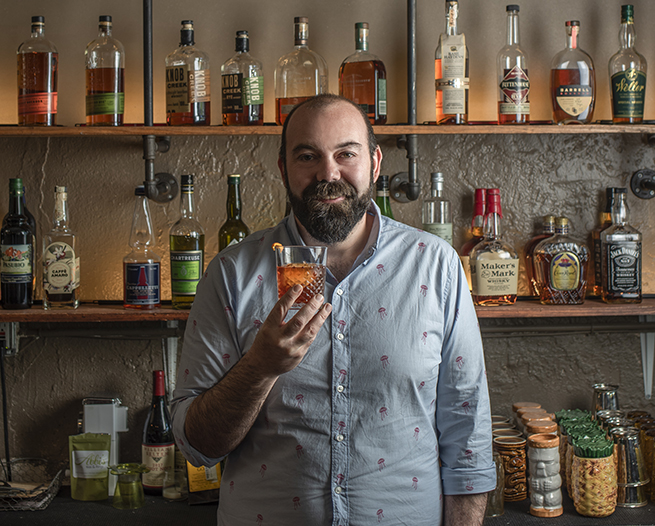 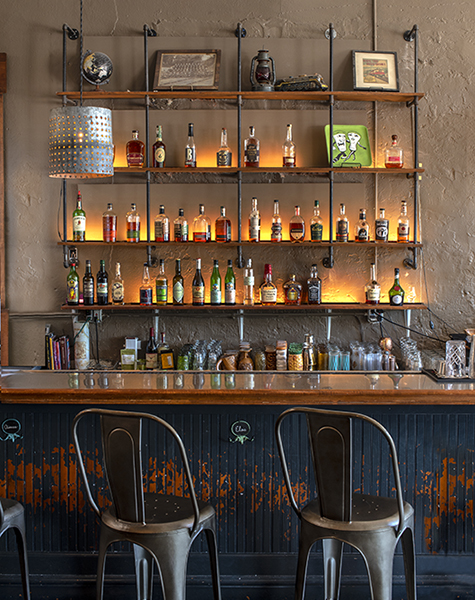 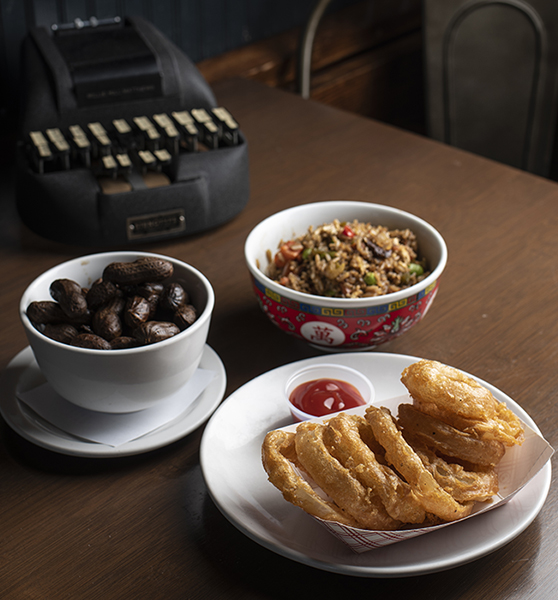 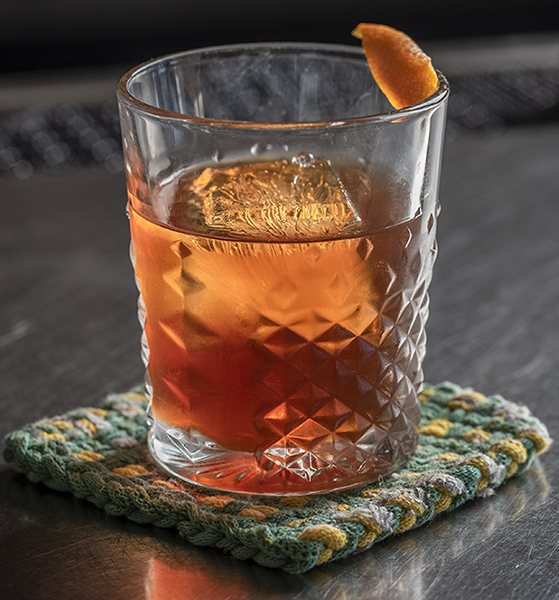 Last year, the U.S. bar and tavern industry generated $24 billion in revenue at about 62,500 locations, including 20,000 taverns, according to Statista and the American Nightlife Association. The average visitor buys 2.3 drinks, 42 percent of which are beer. Men order more than women and millennials more than the older crowd.

Bars pop up like kudzu in places that statutorily prohibit them, such as the supper clubs that flourish in some of Arkansas’ otherwise dry counties. There’s a bar to suit every taste and budget and while they are hard work, they remain, to most men anyway, a dream job. 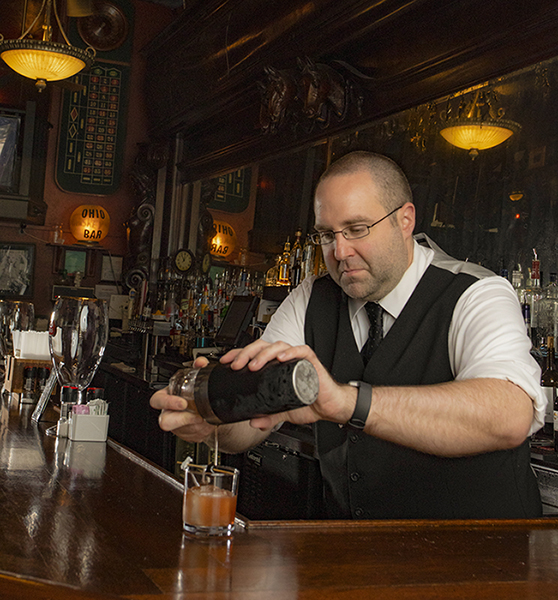 The Ohio Club in Hot Springs is one of Arkansas’ most historic and iconic bars.

Mike Pettey knows this firsthand. He started in the bar business buying his favorite corner joint after the owner grew tired of his suggestions on how to improve the place and sold it to him. Today, Pettey owns the erstwhile Ohio Club in Hot Springs, the oldest bar in the state. He maintains the history of the spot, which has served the likes of Babe Ruth and Al Capone, while using it as a canvas upon which to apply broad brush strokes of ideas. 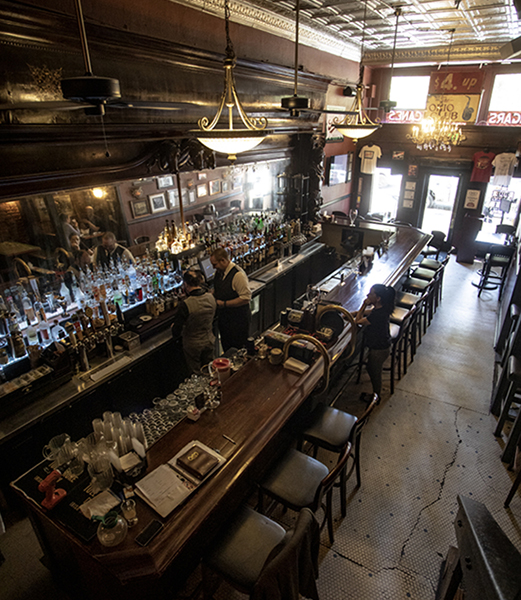 “It’s kind of the perfect storm for me in the fact that I’m the age of the clientele that I’m trying to bring in and who does come in. When you get into your 50s and all, you start appreciating the history more so than a 21-year-old does. It all goes back to providing an experience.” 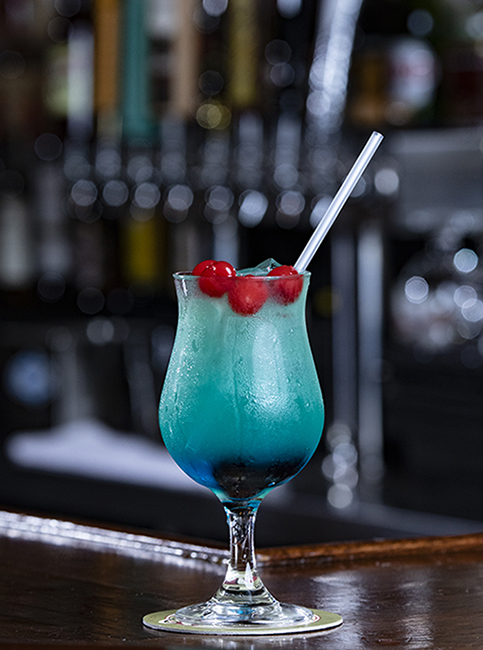 Part of a bar’s appeal lies with the bartender, the best of whom are de facto sociologists, amateur shrinks, liquid alchemists, pastors without a collar. The willing ear of the bartender is no hyperbole; in fact, it is as critical to success in the job – and therefore, success of the establishment itself – as the quality of the drinks.

“I also have to try to gauge how well this person is going to handle change and stress because while we are geared toward craft cocktails that take time and skill, we can very quickly in the course of one evening be expected to become a speed bar. It’s a tough fit. It’s not for everyone.”

So what is it that makes a great bar? Longevity? Character? History? Personalities? Does PBR-soaked Whitewater Tavern hold anything in common with the ultimate in Southern gentility, the Capital Hotel lobby bar? Why George’s Majestic Lounge in Fayetteville or Cregeen’s Irish Pub in North Little Rock or the Boar’s Nest in Rogers or Maxine’s Live in Hot Springs? What straw stirs all these drinks?

“If there is one thing I have learned, it’s that if you want to make a place where somebody feels comfortable going multiple times a week for a beer after work or maybe their weekend blowoff, you have to price yourself appropriately,” McCray says. “You don’t want it to feel like a special occasion-only kind of environment.”

“The Ohio Club is unique in its history and its character,” Pettey says. “That’s one of the main draws that gets people in the door. You can literally just feel history in there, so that’s part of it. But then once they get there, we work so hard on providing the best experience we can when it comes to the type of drinks, having very high-quality food and then the music venue part of it. That’s our challenge.”

Ultimately, industry long timers confess a million little things make one man’s beloved tavern another man’s dump, things that are more a feeling than anything.

“I look for and enjoy bars that have a soul and character,” Bell says. “I think that’s often overlooked as people develop restaurants. Some people are trying to follow a formula or maybe they’re trying to replicate something that is done well elsewhere. I feel that the best bars, whether it’s a craft cocktail bar or a dive bar, have a soul and have character and are unique.” 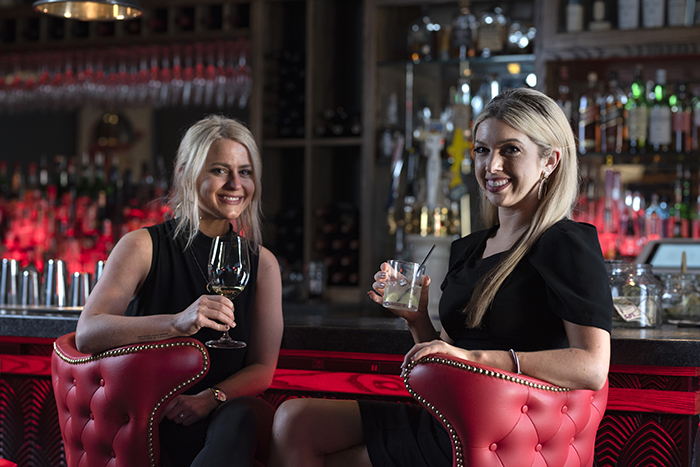 Jennifer Bruce and Alisha Curtis enjoy an upscale experience at the Atlas Bar. 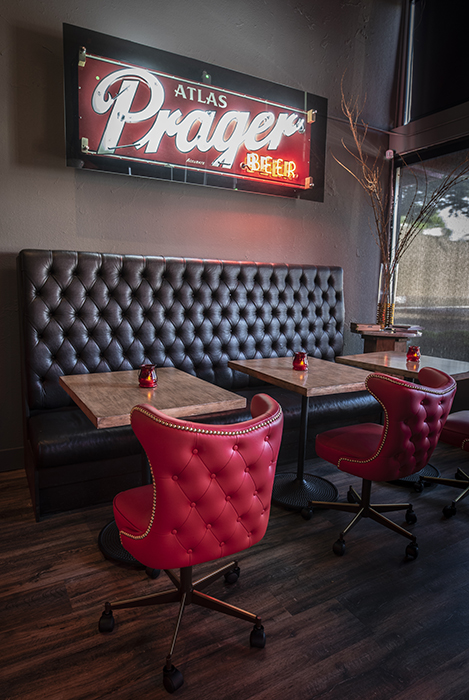 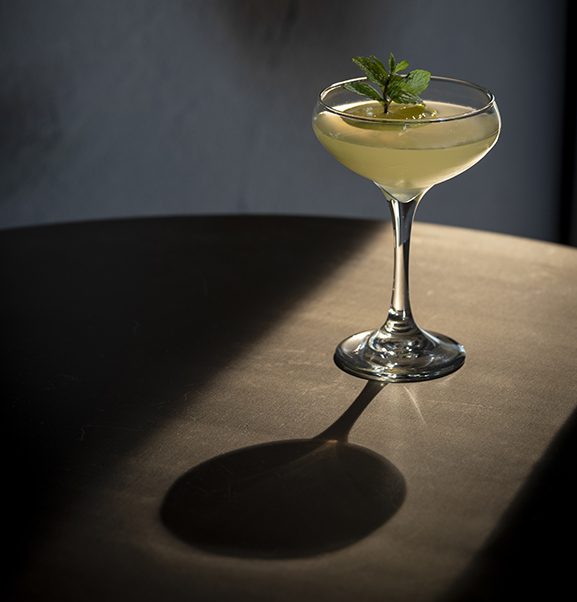 The Cork and Keg – Fayetteville

Pay your local bar a visit. Kick back and relax!