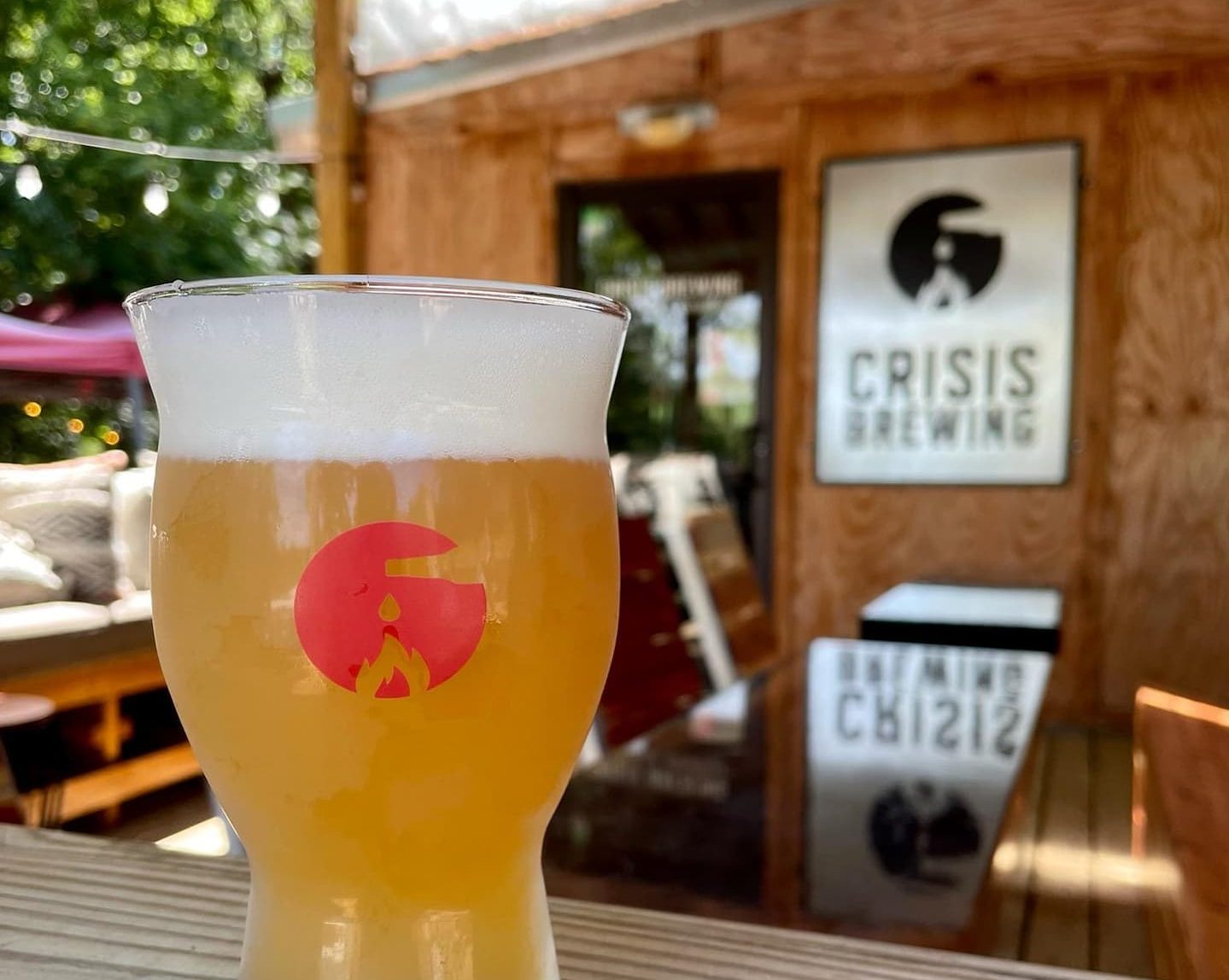 Northwest Arkansas is covered in microbreweries. That wasn’t always the case; for the longest time, West Mountain Brewing Company was the lighthouse in the dark void when it came to small, craft breweries. But a lot has changed in recent years, and the region is covered in brewhouses whipping up their own takes on beer.

And while some are working to scale their operations and prepare for world domination, one Fayetteville brewpub has found a great deal of success in staying small and focusing on the goods.

As a result, Crisis Brewing Company has earned itself an army of devoted fans who are eager to serve as the microbrewery’s ambassadors in a world in need of a good crisis.

Crisis is small. Before the pandemic, its outdoor options were very limited. But over the last year and a half, the tiny beer mecca has made incredible use of its surroundings by expanding and improving the back patio (its latest renovations are spectacular) and adding cozy, covered stations along the side of the building.

And where Crisis lacks in square footage it makes up in high-quality beer. If you like a good beer, you would be hard-pressed to find a beer on its chalkboard you wouldn’t like. I challenge myself to order a different one every time I walk up to the bar and have yet to be disappointed.

Crisis’ stable beers have been its Averted, Identity, Existential, and Midlife (see what they did there?). But the menu is long, and favorites include the Boland’s IRA (Irish Red Ale, a St. Patty’s Day must), the Fayzed Hazy IPA, Southtown Brown Ale, and a couple of my new favorites: Backflip Chicken Hybrid IPA, Capitan Me Planet and Passion Fruit Brut.

If you find yourself working up an appetite while throwing back these crispy boys on any given thirsty Thursday, fret not. Crisis practically shares a parking lot with the longstanding Fayetteville BBQ joint Penguin Ed’s. They even have one of their iconic red phones in-house to place your dinner order.