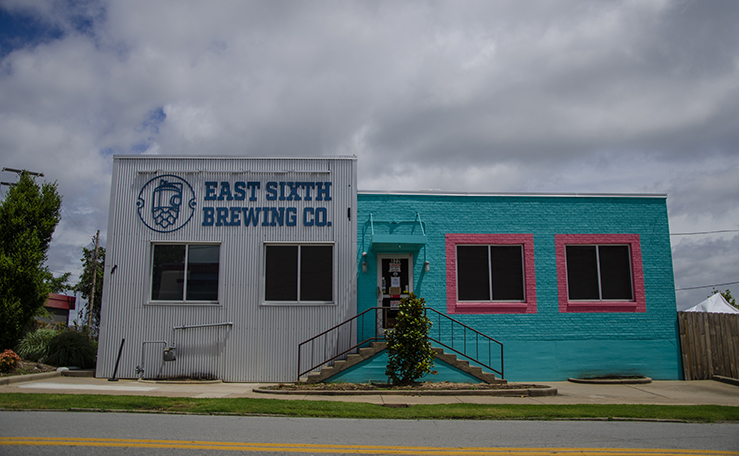 For this week’s Thirsty Thursday, AY About You is celebrating the renaming and rebranding of East Sixth Brewing Co., formerly known as Rebel Kettle. Nestled in the East Village area of Little Rock’s historic Hangar Hill neighborhood, the brewery announced its new brand earlier this week. Becca Bona, East Sixth Brewing Co. marketing director, said the rebranding has been long in the works and is hopefully a step toward being a staple in the East Village neighborhood.

“There was nothing wrong with Rebel Kettle, and we as East Sixth are not trying to stomp on Rebel Kettle,” Bona says. “We appreciate the fans we’ve garnered over the past four years, but it’s just not the same company anymore. We hope that Rebel Kettle fans will give us a chance, and if not, East Sixth might reach a wider audience.”

And give them a chance, you should. 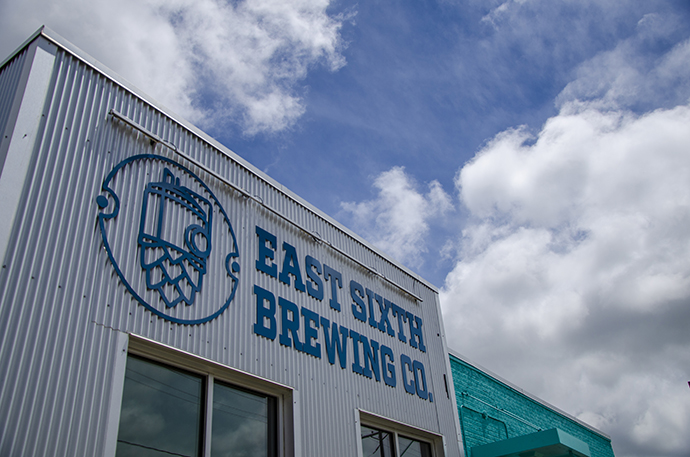 “We want to keep the kitchen simple and open to the community. But we want the focus to be our beer.”

Boasting an updated and renovated menu for both their beer and their food, East Sixth Brewing Co. is transitioning back into the “fun” environment a craft beer environment is meant to be. As Bona notes it seems to be an “Arkansas tradition” for breweries to double as restaurants, the brewery’s kitchen serves up basic pub fare. Classic, hearty meals such as their ‘GCB,’ a burger patty smashed between a grilled beer cheese sandwich, or their beloved pork rinds and smoked wings pair perfectly with their brewed-in-house beers.

“We want to keep the kitchen simple and open to the community. But we want the focus to be our beer,” Bona says. She mentioned the direction East Sixth Brewing Co. would like to go would include future collaborations with local food trucks, furthering the neighborhood hangout vibe the company is hoping to establish. 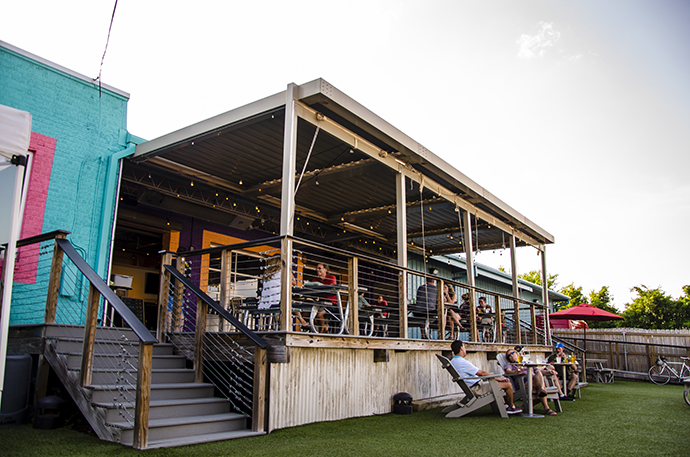 East Sixth Brewing Co. brews their beer in the bright blue metal back of their restaurant, creating completely new beers as compared to Rebel Kettle’s assortment.

“It’s new, but we still have a blonde, an IPA and a tart ale,” Bona says. “We’re always going to have sours on our menu, and we still are experimenting with the dessert pastry stouts we’ve been playing around with for the past six months.” 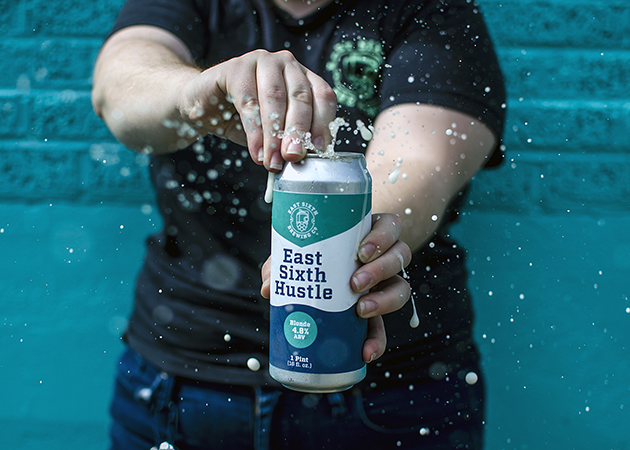 While classics such as the ‘Working Glass Hero’ aren’t available post-rebrand, East Sixth Brewing Co. is dedicated to creative and reputable beer, continuing to grow their menu as their brew team comes up with more drinks.

“While we’ve taken that specific recipe off, our ‘East Sixth Hustle,’ our blonde, is lighter and crisper than that beer was,” Bona says. “There’s nothing wrong with that beer, there just are new brewers leading in the brewhouse.”

While COVID-19 is still taking its effect on East Sixth Brewing Co., beer-drinkers are asked to sit on their shaded patio or lounge on their yard. And even though the heat of summer is upon us, the brewery even offers beer slushies: the ‘Peach Sandy’ – Peach Wheat and Deep Eddy Lemon Vodka with simple syrup – and a ‘Aperol Spritz’ – Haze, Topside, Aperol and lemon juice with simple syrup. Perfect for the summertime.