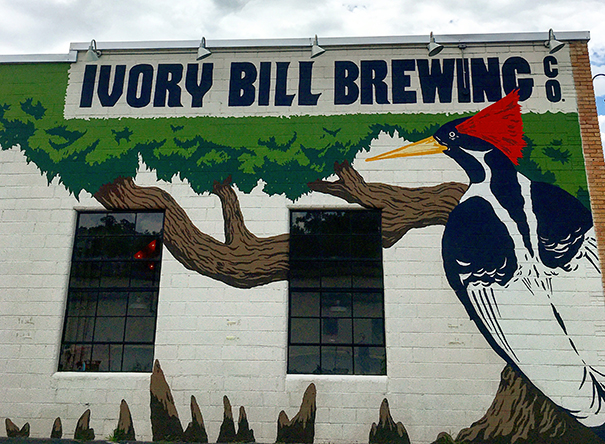 For this week’s Thirsty Thursday, AY About You sits down with Ivory Bill Brewing Company at 516 E Main St #1 in Siloam Springs.

Ivory Bill Brewing Company, the first brewery ever in Siloam Springs, is co-owned by Casey and Dorothy Letellier. Dorothy has a background in the restaurant industry as a professional chef, while Casey had been a home brewer for 15 years, and his dream was to open a brewery of his own.

“Casey had an internship at a brewery in New Mexico and worked at a brewery in downtown Fayetteville,” Dorothy Letellier says. “We both have a heart for good community space within the hospitality industry.”

As Siloam Springs worked to develop its downtown area into a friendly, lively, walkable space, the Letelliers knew that the time had come to bring their dreams to life. 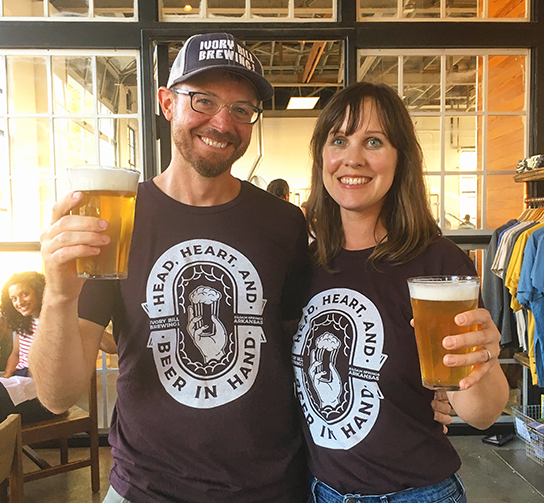 “We named our brewery after a bird with the largest wingspan of any woodpecker in North America, and was declared extinct in the 1920s,” Letellier says. “There have been rumors of sightings since the 20s, and confirmed sightings in the 2000s, so we are inclined towards hope. It’s an Arkansas story of hope and rebirth. It parallels our open story in this country, when we had Prohibition– we didn’t just lose the ability to drink, we lost a community and pub culture.”

Ivory Bill Brewing Company is also unique in that it makes its beers using open fermentation. Most breweries use contained fermentation in the form of vessels that put the yeast under stress.

“With open fermentation, the yeast never get stressed out, and they’re happy and healthy. All of our beers finish much drier than conventional craft beer. That means that we repitch the same yeast from batch to batch,” Letellier says.

But the fermentation methodology isn’t the only thing special about the system at Ivory Bill Brewing Company.

“Our brewing system is a vintage British system built in the 1980s in London called the Orange Brewery,” Letellier explains. “About a decade or so ago, a small brewery in Iowa imported the system and we bought it from them. They’re short, squat looking vessels. It’s very labor intensive, nothing automated about it. Everything is manual but it makes everything delicious.” Letellier describes the tap room as” very edited and focused. “

Ten of Ivory Bill Brewing Company’s taps are all beer, one is for cream soda, one is for soda water, and red wine and white wine are rotating selections poured by the glass. 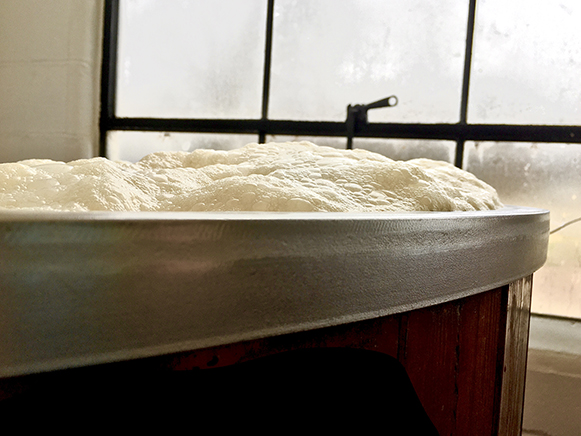 Letellier goes into detail about five beers that are constantly being made at Ivory Bill Brewing Company.

One is the Regular, a light, crisp, refreshing beer. There’s the Extra, made with great malt, and described as juicy. Then there’s the Dark, which is closest to an English mild, between a Brown and a Porter. Then there’s the Old-Style, which is a dry amber, brewed in the tradition of German beer. Finally, there is the Extra Extra, which is an IPA that is made with an entirely new recipe every time it is made. Ivory Bill Brewing Company is currently serving batch 12, and will be moving to batch 13 in the coming weeks.

A lot of Ivory Bill Brewing Company’s beers tend to lean towards the British brewing tradition.

Ivory Bill Brewing Company puts an emphasis on community with the intention behind the creation of beer. “Our flagship beers are made to be enjoyed by the pint,” Letellier says.

Regarding the impact of COVID-19, LeTellier makes her emotions known. 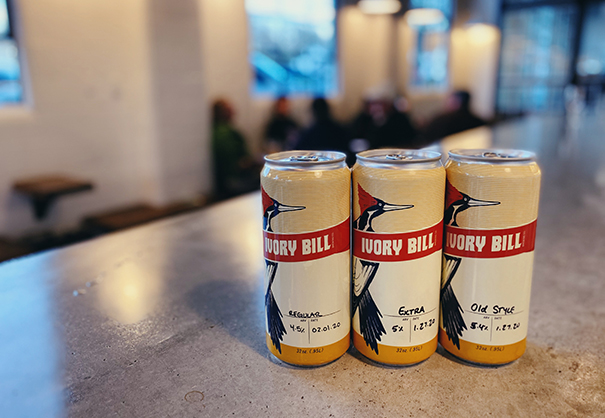 “We care so much about bringing this to our community. 32 ounce cans is how we’re packaging beer to send it out the door right now. We feel like we made this brewery because we wanted to share this with our people, but now we have to stay away from our people.”

She hopes that things will begin to normalize in time for some seasonal changes.

“We have fruit beers that we’ll be releasing this fall, and we’re also going to be releasing our Bourbon Barrel Darker, which is our annual super strong barrel-aged beer. Our butternut beer was so popular, so it will return– it’s kind of like a pumpkin beer but made with actual fruit and spices. We’ll do an Oatmeal Dark as well.”

Ready for a beer with a taste of fall? Check out Ivory Bill Brewing Company’s website, or visit their Facebook page for more information.