Thirsty Thursday: Off to the Pony Races with Four Quarter Bar 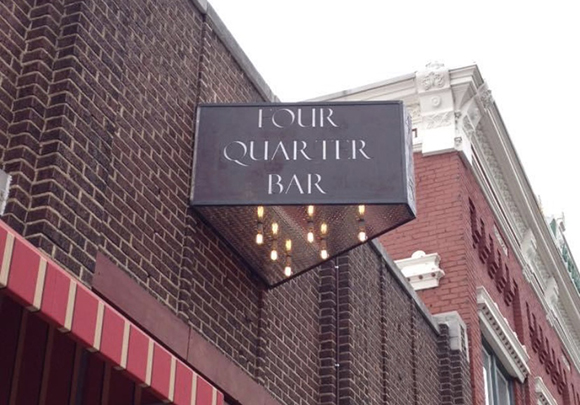 Robinson has been in the bartending industry for years, which allowed him to prepare for a bar of his own. “I worked at Midtown Billiards for 15 years. The lady who owned it, Maggie Hinson, became really close to me, and helped me get my own place,” Robinson says. 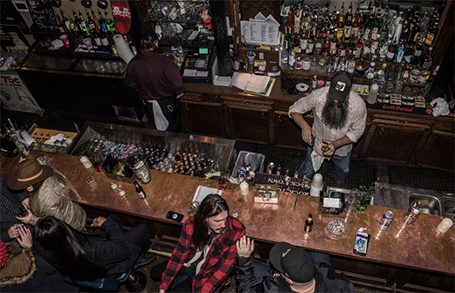 Four Quarter Bar was opened in February of 2016. Robinson explains how the establishment got its name.

“It took a long time to come up with a name. We’re a late night music venue,” Robinson says. “There are four quarter notes in a bar of music. As soon as I said it, I knew that I had a name.” 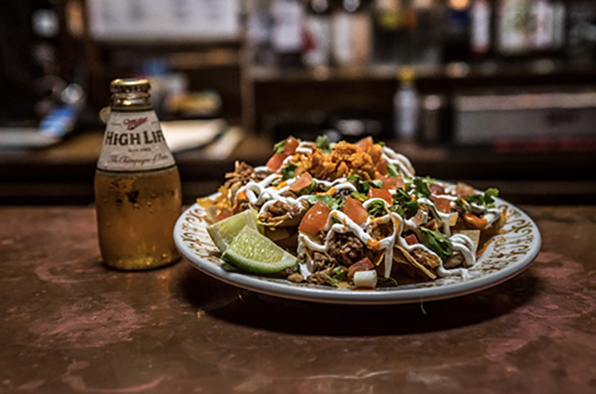 Four Quarter Bar has a unique music scene with a divey feel, but their drinks also bring in faithful customers.

“We do a little bit of everything,” Robinson says. “We do anything from 75 cent Miller Highlight ponies to a locally brewed crafts bar and a rotating seasonal wall. We’re just now getting into expensive high end whiskey, with certain prices per pour.” 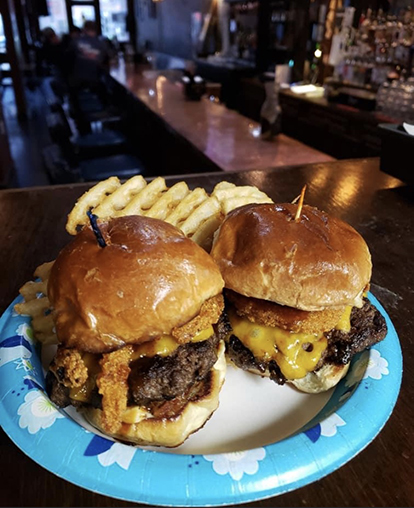 One of Robinson’s favorite events that he watches customers participate in is the Pony Race.

“A six-pack of miniature Miller Highlight Ponies is $4.50. A pony race is where a group of friends come in and each gets a pony, and they try to see who can drink their pony fastest.” 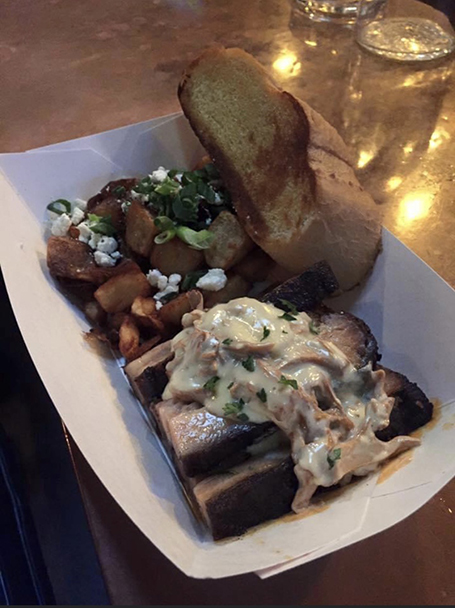 With seasonal changes upon us, Four Quarter Bar has also been preparing for some upcoming events.

“Upon reopening in August, the city let us take food and drinks into the street – we set up 56 tents and extended our dining area,” Robinson said. “We’ve been making bone broth ramen on the street, which is ramen with pork belly in it.” 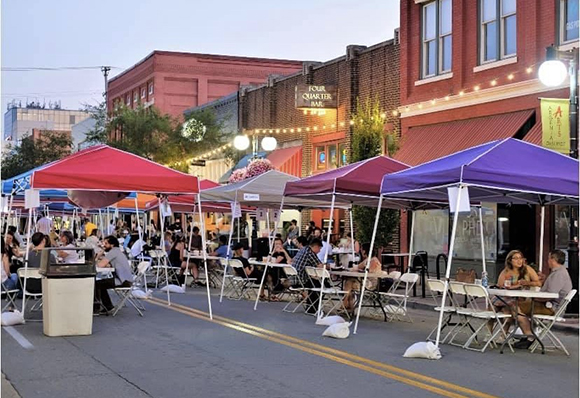 Robinson has said that all of the bars in the area have banned together to figure out how to better serve the area, including participating in other bars’ Oktoberfest.

Four Quarter Bar also serves up a small but mighty menu to satisfy the hunger of bar goers. Their food is locally sourced, organic, and humanely raised. 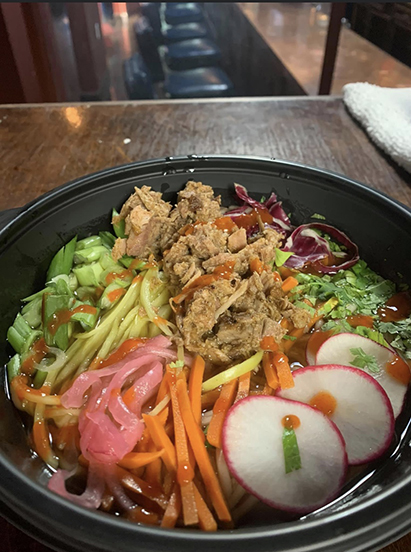 They have about twelve items on the menu, ranging from pork hash to burgers to wings. Robinson is also toying with the idea of adding a weekly special.

“We recently did a bar-b-cue meatball sub, and we’ve also done donut burgers, where the donut is the bun of the burger,” Robinson says. “Sometimes it’s almost like fair food– we’re doing something neat each week special wise.”

Robinson credits his tasty burgers to his “Midtown” days. 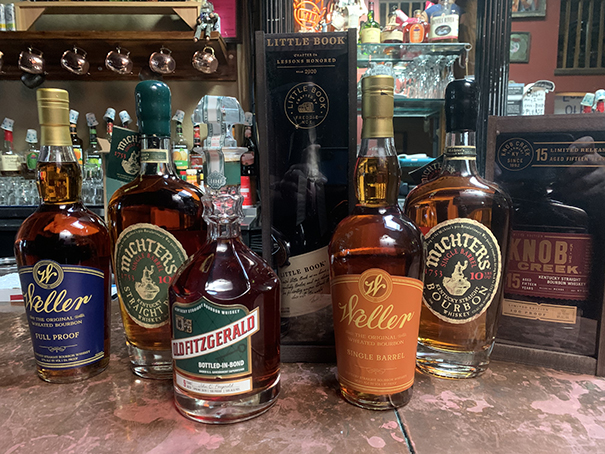 But regardless of influence, Four Quarter Bar has claimed its spot as an influential dive.

Off to the pony races? Read more about Four Quarter Bar on their website, or on their Facebook page.