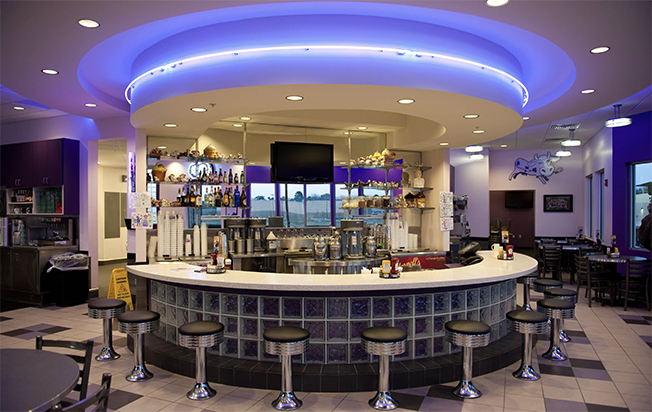 Who doesn’t love a good milkshake on a hot day? The Purple Cow was officially named the best place to get a milkshake in Arkansas last year by USA Today, and AY About You agrees.

There are plenty of flavors and toppings to choose from, but one of the best sellers is the purple vanilla milkshake made with Yarnell’s ice cream. It has been on the menu since the restaurant first opened on Cantrell Road in Little Rock in 1989.

“The purple vanilla milkshake brings people of all ages to the restaurant,” says Billy Grubbs, the general manager of the Cantrell location. “We have people who grew up having them as kids bring their own kids in now to taste it. It’s always interesting because five people can taste the shake and all say the flavor is different.” 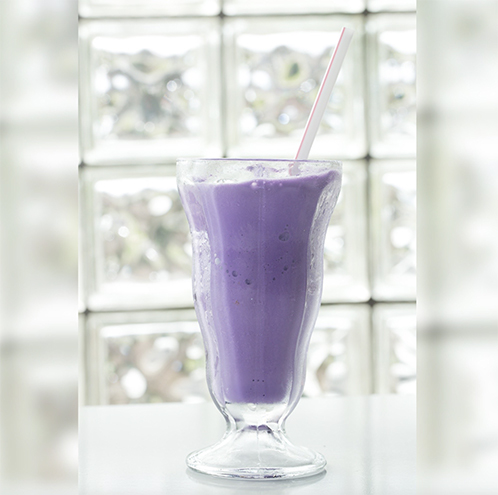 According to Grubbs, it is a secret as to what goes into Yarnell’s ice cream that gives it the purple color and delicious flavor.

“The general managers don’t know what is in it, but we receive around 15 three-gallon tubs of ice cream from Yarnell’s each week to make the purple vanilla milkshake,” says Grubbs, later adding that the restaurant can barely keep it in stock right now with the high demand.

It is a busy time right now with families coming in for a sweet treat. Depending on the day, the restaurant can serve more than 100 purple vanilla milkshakes. 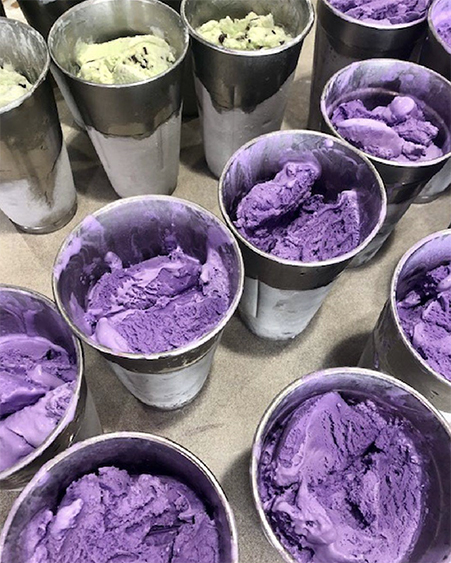 Grubbs tells AY that the purple Yarnell’s ice cream needs to be softened first before taking a scoop of ice cream and adding a little milk to make the milkshake using a spindle mixer. Customers are served milkshakes in 1950s style parfait cups. They even get the tin-cup with the leftovers!

Other popular flavors include chocolate peanut butter, double chocolate and mint chocolate chip. When it comes to his personal favorite, Grubbs says that it is the dreamsicle made with orange sherbert and a scoop of vanilla ice cream. 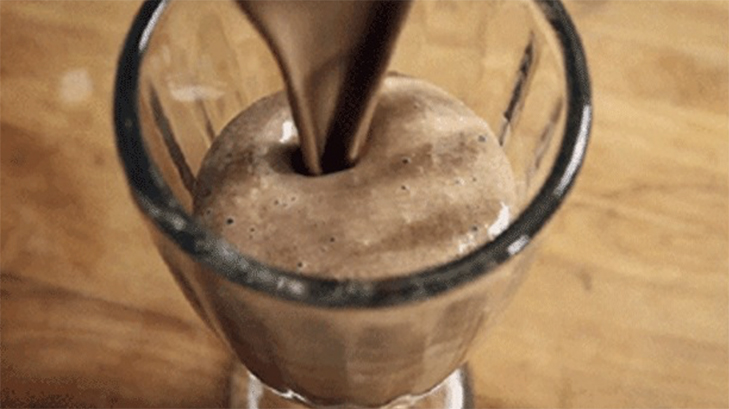 The restaurant is offering a back-to-school milkshake special that is sea salt and caramel flavored with pretzel topping. Be on the lookout for a spooky shake in October to celebrate Halloween. It has purple vanilla ice cream, oreos, a chocolate tombstone and a ghost marshmallow peep.

There are four other Purple Cow locations throughout Central Arkansas. Check one out and try a delicious milkshake! :