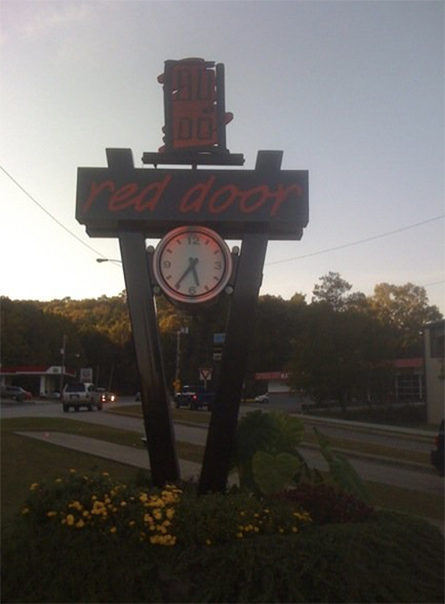 This week’s Thirsty Thursday takes AY About You to Red Door.

Red Door’s owner, Mark Abernathy, has been in the restaurant business for decades, and also owns the establishment next door, Loca Luna. Allegedly, Abernathy is also the creator of white queso.

Clint Cameron, one of Red Door’s three bartenders, is in charge of specialty cocktails at the restaurant. 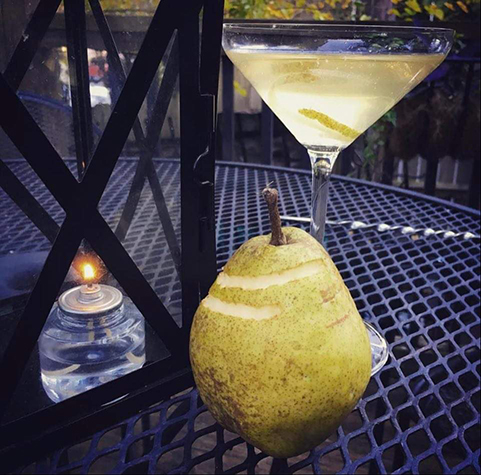 Cameron’s own alcoholic creation has skyrocketed in popularity. “I’m the creator of a French Pear Martini, sometimes called the Peartini. The drink is made from hand picked pears from my grandparents pear trees, infused with organic vodka. I infuse the pears in vodka, and add elderflower liqueur and champagne. It’s been selling pretty well,” Cameron says.

The drink started in part with a charitable act.

“My grandparents live out in Scott, and I try to go out there and help them as much as I can. I picked pears with my grandfather, and my grandmother asked me to take as many as I could so they wouldn’t go bad. I decided to make a cocktail with it, and the general manager ended up making pear tarts with them. I wanted to do a ear martini but I didn’t want to do something dry– I wanted to do something sweet that could really showcase the pear flavor,” Cameron explains. “I doubled up on the amount of fruit in the infuser. I was done infusing the vodka, and the martini recipes that I had come across that I liked the most had champagne, and I wanted to use the elderflower liqueur to lift the pear flavor. I always stir it, never shake it. I add champagne to the rest, and add a spiral of pear. They’ve been selling like crazy.”

Cameron mentions that his grandparents have enjoyed sharing their fruits with the capital city.

“My grandparents love it. I had a table of customers ask to write notes to my grandparents, thanking them for the pears. I took those to my grandmother yesterday, and she just giggled while she read them– she was so happy.” 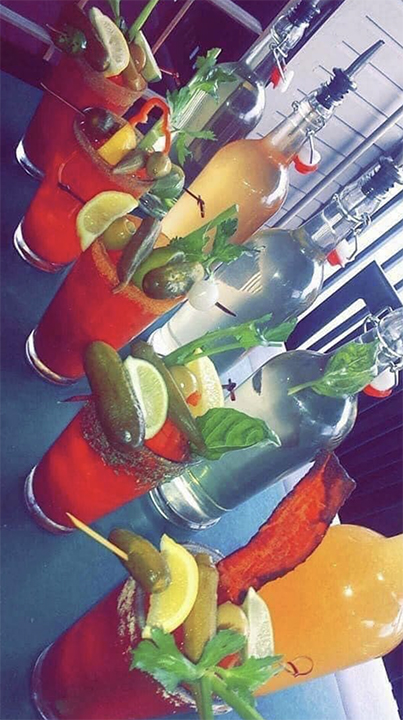 Cameron adds that frozen rose, or frosé, is on the menu for lunch. Some of Red Door’s bestsellers include the beer Jai Alai, and the wine La Crema Pinot Noir, although Cameron’s personal favorite is Allegrini Palazzo Della Torre.

Red Door sells a wide array of alcoholic beverages, including whiskey, bourbon, tequila, vodka, gin, whiskey bourbon, wine and local craft and domestic beers, by the bottle and on tap. They also have several other unique drinks, such as the Patio Pounder, and the Corpse Reviver No. 2, a gin and absinthe drink. 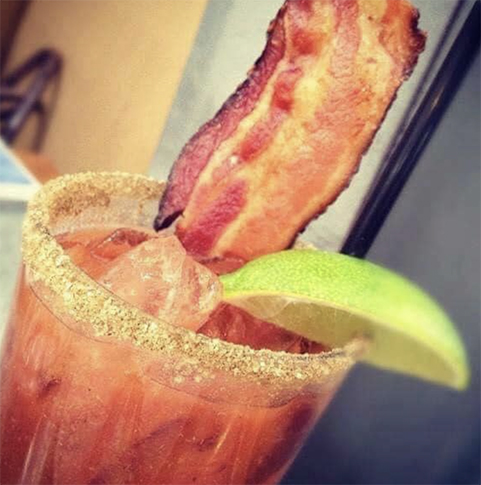 But Cameron mentions that another bartender has created their own drinks.

“One of our bartenders, Bam, does infused Bloody Marys. Every week she infuses vodka with bacon, pickle and jalapenos, and that will be infused in a Bloody Mary.” 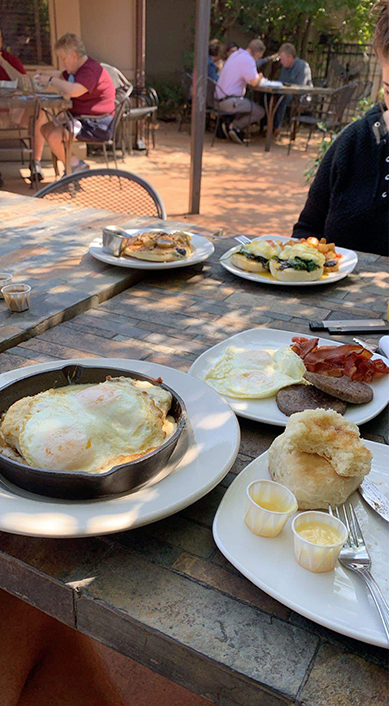 In addition to their alcoholic specialties, Red Door’s food is also unique and well received.

“Brunch is the most popular time to eat,” Cameron says. “We’ve won the best brunch in Arkansas a few times. Our dinner service is good too– one of our kitchen staff does extravagant specials, usually including fish as his ingredient.” 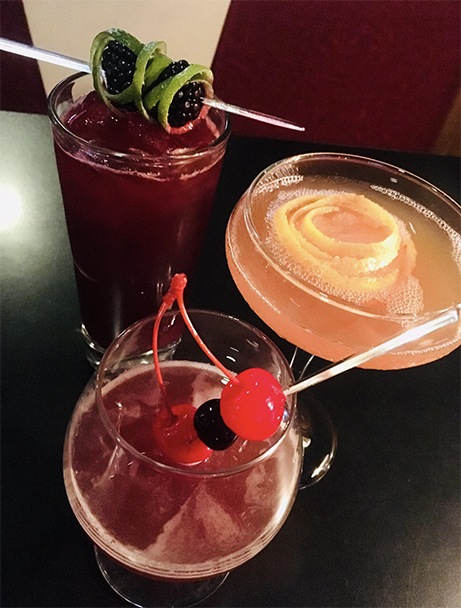 Cameron’s favorites are the croissant french toast topped with caramelized bananas, pecans, and whipped cream, along with breakfast skillets however you like. Cameron also enjoys the eggplant parmesan and the Red Door Outrage Burger.

“For the Red Door Outrage Burger, instead of a patty we do steak medallions, topped with french fries and an egg, with a croissant bun instead of a regular bun,” he says. “But nothing beats sitting on Red Door’s patio and enjoying a cool drink on a beautiful autumn day.” 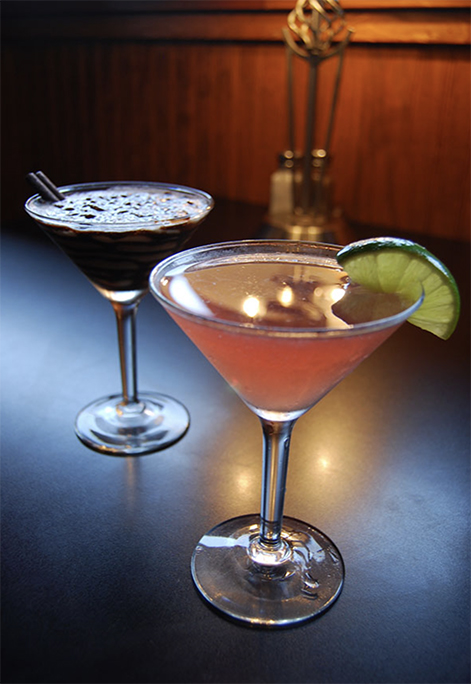