On April 10, 1912, the Royal Mail Ship Titanic, a luxury passenger ship built in Belfast, Ireland, set sail on its maiden voyage to New York City from Southampton, England. After stops in Cherbourg, France, and Queenstown (now Cobh), Ireland, she headed out to sea, with 2208 passengers and crew. At 11:40 p.m. April 14 Titanic collided with an iceberg. By 2:05 a.m. on the 15th she was sloping 30° and her bow was sinking, the deck underwater. By 2:18 a.m. the angle was 45°. The “lights blinked once and went out.” 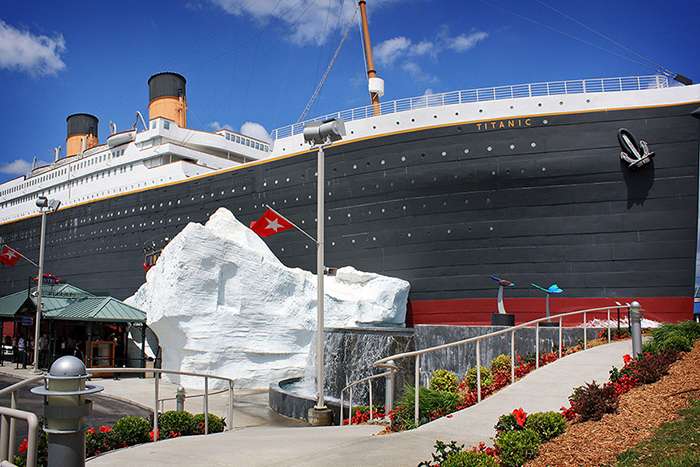 The story of the RMS Titanic is remarkable in so many ways. Titanic Museum Attraction in Branson, Missouri, is an extraordinary tribute to the ship and her story. With more than 20 unique galleries, more than 400 artifacts … from entering Titanic at the iceberg, all through the ship to the Memorial Room, you’ll experience a range of emotions. The poignant stories of Titanic are told remarkably well. 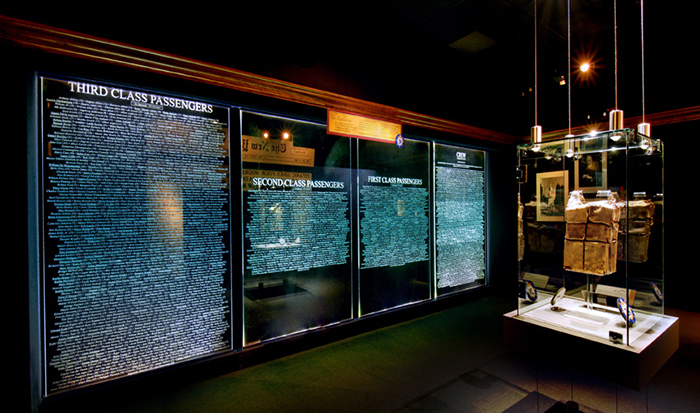 Step back in time and become a passenger on Titanic, with a Boarding Pass bearing the name of a passenger on the fateful voyage. A favorite gallery is the “Shipyard.” There are room-sized photographs of the Harland and Wolff’s Queen’s Island North Shipyard in Belfast, where the Olympic-class passenger ship Titanic was built. You’ll hear the clanking sounds of construction; there’s an original sign from a pub where workers could gather at day’s end. The recreations of the First-class Cabin occupied by Colonel John Jacob Astor IV and his pregnant young wife, Madeleine, and of the unbelievably small Third-class Cabin are fascinating. There are four sleeping berths and a small sink in Third-class. And even though the First-class is luxurious with its elegant carpeting, chaise, and writing desk, it’s also small. One of the newer galleries is the Musicians Gallery, a tribute to the eight musicians aboard. The band was actually two groups, a trio and a quintet. They had never played together until the night the ship was sinking. 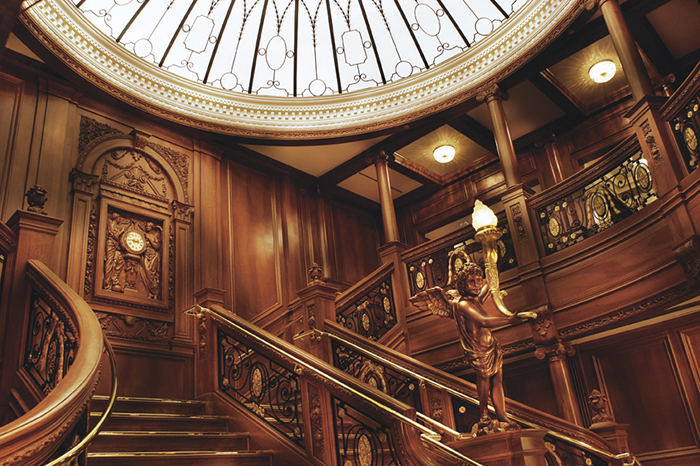 The exterior of Titanic is built half-scale, the Grand Staircase inside, full-scale. In the Interactive Gallery you can sit in a full-sized lifeboat or try to climb the sloping decks, set up to demonstrate how Titanic listed as she sank. A stark reminder of how passengers must have struggled to stay upright as they tried to find a lifeboat, tried to find a loved one. If you harbor any stuffy ideas of “museums,” cast them aside. Each gallery creates a different look and atmosphere to tell a story, recreating a sense of what it was like on the ship. And there’s always something new at Titanic Museum Attraction. 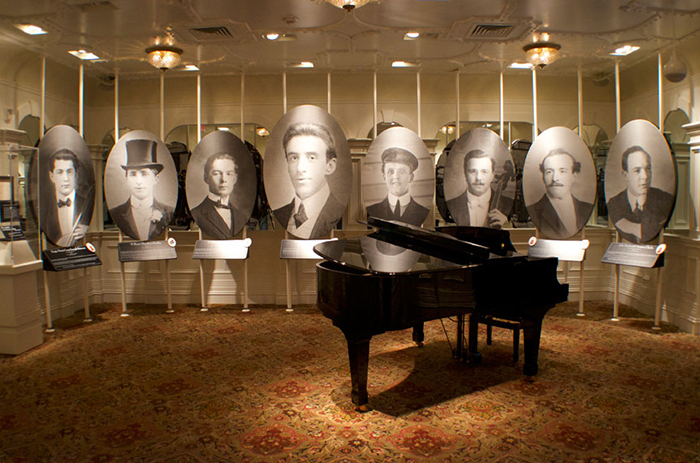 April 15, 2020 — our voyage has been interrupted by the COVID-19 pandemic. Our lifeboats and jackets take the form of information, medical and caregiver heroes, family, friends, and hope. Stay safe, stay well.

Titanic is closed right now, but “when all this is over,” we can highly recommend a visit there. In the meantime, visitTitanicBranson.com. 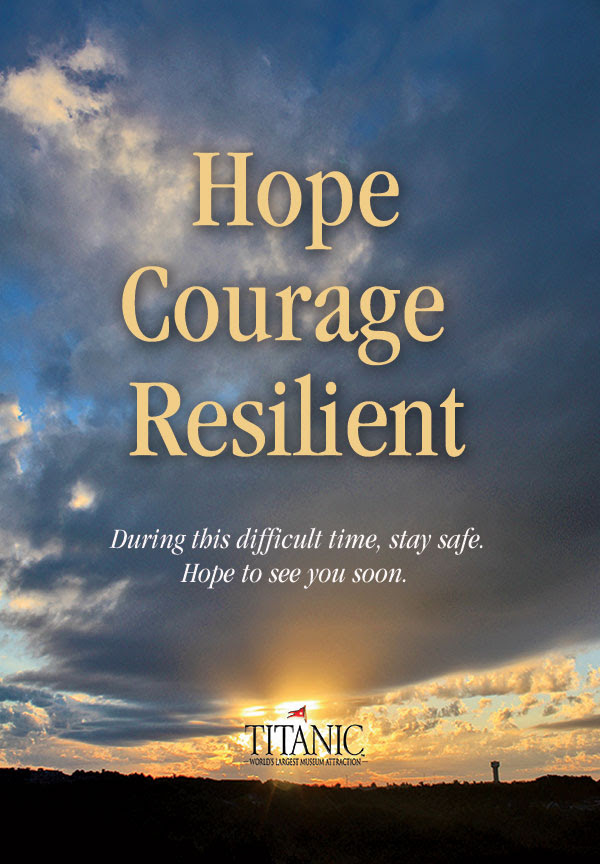