This is How We Roll In Autumn 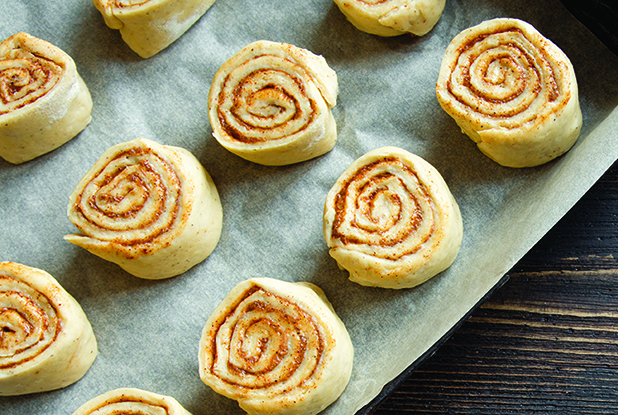 Story and photos By Kat Robinson
Forget pumpkin spice – in Arkansas, the flavor of fall comes through in our love for the ultimate comfort pastry, the cinnamon roll.
Arkansas has a long history with cinnamon rolls. The pastries, made from relatively inexpensive foodstuffs, keep a while and can be stored without refrigeration. They’re both a substantial breakfast with coffee and a perfect meal-ending treat for lunch and dinner. Here are some of the state’s best. 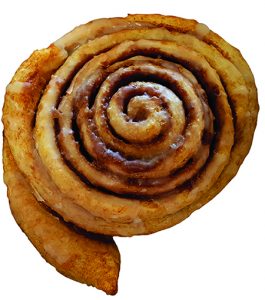 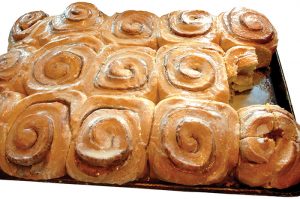 2. Burl’s Smokehouse
Royal
The largest cinnamon rolls in Arkansas can be found at this throwback country store along US 270 between Hot Springs and Mount Ida. Light on the cinnamon, heavy on the pastry, big as your head and pre-wrapped and ready to take with you on the road. 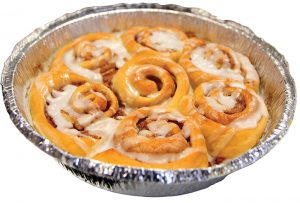 3. Daisy’s Lunchbox
Searcy
Every lunch ends with a cinnamon roll at this precious dinette on the town square in Searcy. Packed with far more cinnamon than the average roll, these moist rolls are pliant and buttery. If you’re looking to impress, pick up a single, pan-sized big roll that fills a 9” round. 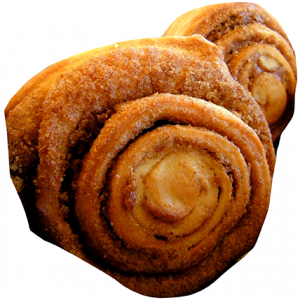 4. Calico County
Fort Smith
More than eight million of these un-iced, sugar-and-spice rolls have been served to hungry diners at this Fort Smith mainstay, where the swirls come BEFORE the meal. The best appetizer you can imagine. Look for day-olds packed by the dozen sitting by the register, perfect to take home and freeze and to enjoy at a later time. 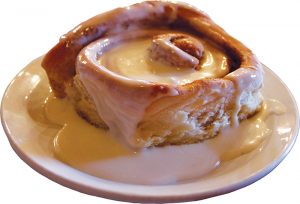 5. Ferguson’s Country Store and Restaurant
St. Joe
Enormous, thick cinnamon rolls with a decades-long following, one of the flavors diners traveling in the area around the Buffalo National River anticipate. Remarkable when heated and served in-store; also good to take home with you. It comes with a cup of icing. 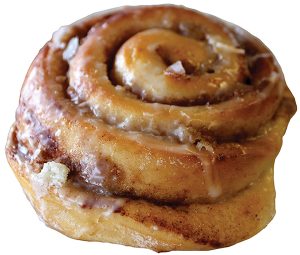 6. Nellie B’s Bakery
Elkins
Buttery, not too sweet, lightly glazed and perfectly sized, the cinnamon rolls from this Elkin’s shop will win your heart. 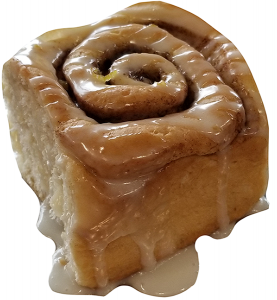 7. Will’s Cinnamon Shop
Hot Springs
Why limit yourself to traditional rolls? Will’s cinnamon roll is a hearty, thick and tasty option – but so are the tiny rolls, flavored rolls with maple and bacon and other flavors, and cinnamon twists. Try them all. 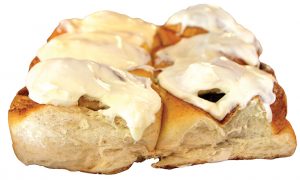 8. Carol’s Lakeview Restaurant
Cherokee Village
Temptation lurks on the counter at this Spring River Country hotspot. Don’t worry – if you can’t manage it after eating your plate-sized pancakes, these thick and rectangular rolls fit a take-home box perfectly. 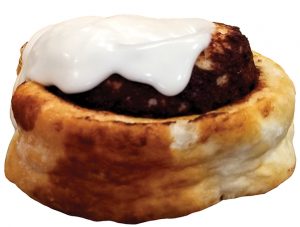 9. @ the Corner
Little Rock
Cinnamon-encrusted rolls topped with mounds of frosting are hard to resist, especially if you’ve dropped in for a healthy breakfast or lunch. It’s the dessert you deserve after being so good. 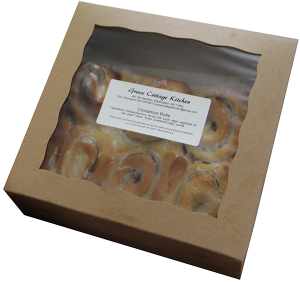 10. Grace Cottage Kitchen
Washington
Not a traditional restaurant food – these are the cinnamon rolls you can enjoy when you stay overnight at Grace Cottage at Historic Washington State Park. Ridiculously soft, buttery and lightly iced, perfect for sharing over coffee in the cottage’s 1940s inspired kitchen before heading out to activities on-park. 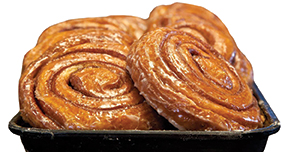 12. Batten’s Bakery
Paragould
The Paragould favorite offers its cinnamon rolls fried like a doughnut, but still sweet and cinnamony. 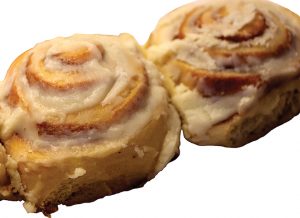 13. Neighbor’s Mill
Harrison
Soft, pliant and bready, these cinnamon rolls are good the first day or the second, especially if you heat them with a pat of butter. 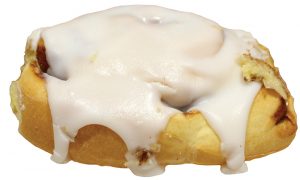 14. Café 9601 at Baptist Hospital
Little Rock
Check with the coffee stand to see if the rolls have just come out of the oven – they’re a lovely respite from a busy day.

15. Country Village Oven
Star City
The bakery at the community south of Star City fries their cinnamon rolls and glazes them like doughnuts, which works perfectly with the slightly sourdough pastry. 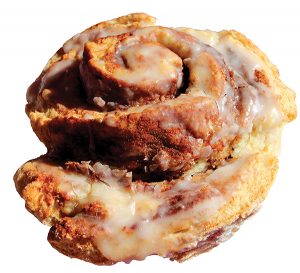 16. Cravings by Rochelle
Eureka Springs
Technically not a standard cinnamon roll, the cinnamon “biscrolls” are made from biscuit dough and are good on their own or with raspberry jam. 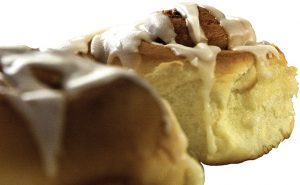 17. Blue Mountain Bakery
Jasper
When hot, a good reason not to leave downtown Jasper first thing in the morning. Cold, a good reason to sit quietly and watch elk in nearby Ponca. Nice texture.