This Side of Seven: A Shining Example 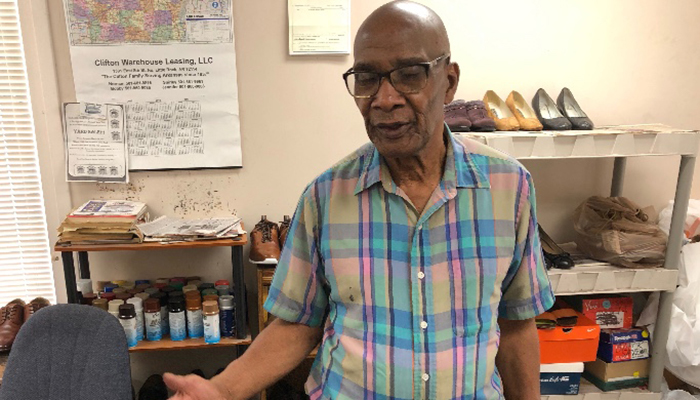 Onzell Wright has a chair ready for anyone who wants to step back into time. More than 50 years after opening his first Little Rock shoeshine stand, Wright still has plenty of stories and wisdom to share with anyone willing to take a seat.

For example, why has educating our youth become more difficult? Wright says the problem isn’t a lack of pay, but rather a lack of discipline.

“There is no way you can teach if you do not have discipline in the classroom,” Wright says.

Wright attributes the increase in gang and school shootings to a lack of respect for life, for authority and for the Lord.

“Back then, our parents could have a gun or a shotgun in the house and tell you, ‘Don’t touch it.’ And you better not touch that gun. Now, kids can go buy a gun. And with no job!”

Wright has been married for 34 years, after a first marriage that lasted ten years. Why is divorce so prevalent in America? Wright blames selfishness and a lack of maturity.

“I got a little more sense and realized I wasn’t running everything,” he says. It takes patience and humility. Just because you are paying for the house doesn’t mean you are running it. I learned to say, ‘Yes, dear.’ She always gets the last word, unless I decide to reply with, ‘Yes, ma’am.’” 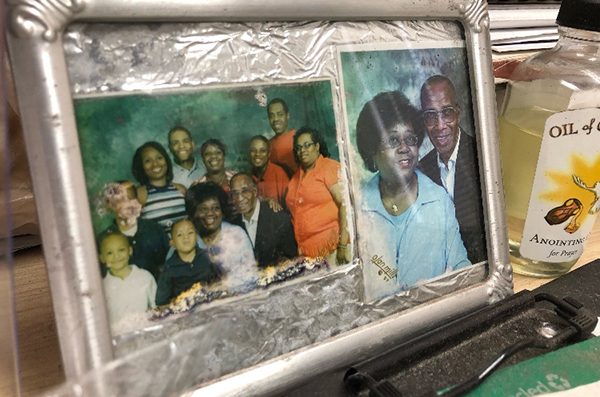 In 1970, at the age of 25, Wright became a father. That was also the year he decided to open a shoeshine business. His first location was at 12th and Oak streets in Little Rock, strategically located across from KFC. He had six to eight chairs.

During high school, Wright had worked as a shine apprentice for Johnny’s Shoe Shop off Louisiana Street. In his first year as a business owner, Wright says he went through 25 shine apprentices, mostly high schoolers. Of the 25, he kept on 12. And of those 12, all of them would go on to earn a college degree.

“It was more than shining,” Wright says of their time working for him. “We worked on education, appearance and attitude. I didn’t just teach them to shine, I taught them business. And the first principle of business is you are not working for yourself. You are working for the customer.”

After 18 months, Wright relocated to the Sheraton Hotel on 9th Street where he remained for eight years. His Shine Mobile business visited all the car dealerships in both Little Rock and North Little Rock. He would shine the salesmen’s shoes as well as sell them discounted shoes ­— returns he would buy in bulk from clothing stores. Wright would shine them up and fix any defects or minor imperfections. 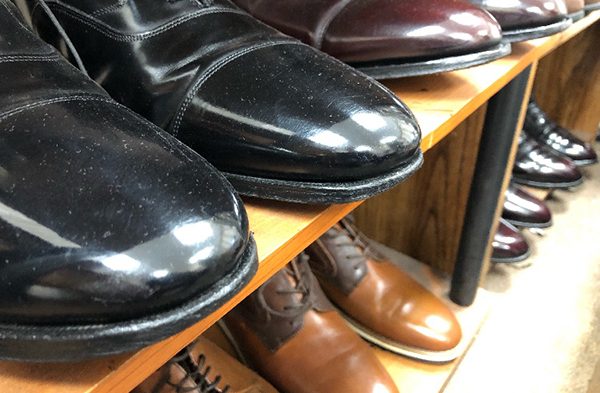 Wright went on to shine shoes for 22 years at 9th and Arch Street in downtown Little Rock, then spent  another 12 years across the street. Wright’s Shine Parlor and Discount Shoes has been at its current location, 523 East Capitol Ave — near Little Rock’s main downtown post office — for 13 years.

Wright is a father to four (two biological, two via marriage) and a grandfather to eight. He has been a member of First Baptist Church, located at 9th and Calhoun streets, for 51 years.

“I’ve had two direct communications from the Lord in my life; one at the age of five, and the other when I was 30 and getting divorced,” Wright recalls.

“I remember when my grandmother was sick — five years old and going to her house. It was around the Christmas holidays, a sky full of stars, and there was a bright star that sat over me and came down close. And I just looked at that star because it was so bright. And I heard a voice that said, ‘You are one of mine.’ I’ve never forgot it. At five years old.”

But Wright says he wasn’t yet saved, and he didn’t commit his life to Christ until after high school. Three summer weekend experiences in a row caused his conversion.

The first weekend, a woman stabbed another woman right in front of him. The second weekend, he and another woman went to see a James Brown concert at Robinson Center. At midnight, police announced the concert was over, and the crowd got unruly. A man standing next to Wright had his face cut like a razor by a bottle hurled at police. And the third weekend, Wright was at a dance in North Little Rock with his future wife when a man standing next to him was shot.

“I said, ‘Lord, I got the message,’” Wright recalls. “Death was at my door three weeks in a row, so I gave my life to Christ while I still could!”

As for his second communication from God, at age 30, Wright says he was worried over his impending divorce. “I had been married for ten years, and I couldn’t imagine getting a divorce,” he says. “The whole room lit up, and I heard the voice say ‘I’ve blessed you all your life. But every time I bless you, I become No. 3 or No. 4 on your priority list, behind dancing and having fun. Don’t worry about what is going to happen to your wife and kids. If you do what I ask, they’re going to be taken care of. I want to be No. 1 in your life.’ And I got back to Him.”

Wright says his divorce was friendly, finalized with a long kiss. He says he has been blessed with two good wives. And before that, a great education. He says most of his high school teachers at Horace Mann had master’s degrees, and some had, doctoral degrees. According to Wright, white schools might have had better buildings or books but not better instructors.

“When integration took place in 1957, I was in the eighth grade,” he recalls. “I ran track in junior high, and we would walk from Dunbar to Central High. We saw the protesting crowd and the soldiers, and when the crowd started to encroach, one white fella crossed the line and they busted him across the head. Blood went everywhere.” 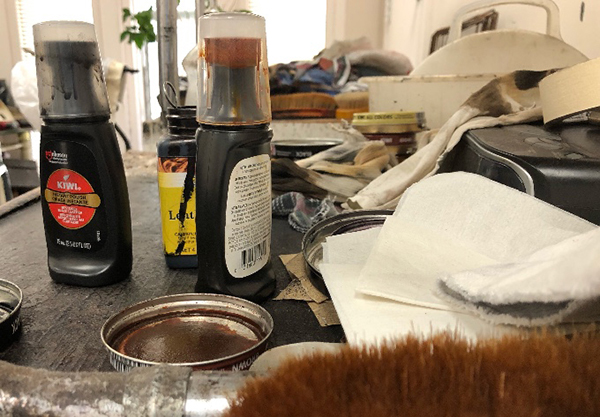 “When they closed down Central in ’58-’59, I was in ninth grade at Dunbar. So, when Central opened back up, I was going into 10th. They called me in to be in the next group to integrate Central. They said they wanted students who could do the academics and who had the right temperament. I told them, ‘Man, I had a responsibility to the ladies.’ I was a dancing man. I went to Horace Mann. I said, ‘Man, there’s 20 women waiting on me to come over to Horace Mann.’ I said ‘No thanks, I’m going to enjoy these years.’”

“The young lady who took my spot was named Sybil Jordan (now Dr. Sybil Jordan-Hampton). She went in that spot, and she became a Rockefeller Scholar.”

Opening doors for others, intentionally or otherwise, has been a trademark of Wright’s life; from Sybil Jordan, to his shoeshine apprentices, to his own four children. “Helping our children establish a good foundation and making sure that each knew Jesus at an early age is my greatest accomplishment,” Wright says. The Wrights also helped their children earn college degrees with minimal debt.

At 77, Wright knows there is more race behind him than in front of him. He appreciates the teaching of Paul in 1 Timothy 6, where Paul knows his death is near and shares some wisdom with Timothy. Right after instructing Timothy that the root of all evil is the love of money, Paul offers this final charge: “But you, man of God, flee from all of this, and pursue righteousness, godliness, faith, love, endurance and gentleness. Fight the good fight of faith. Take hold of the eternal life to which you were called when you made your confession in the presence of witnesses.”

Matthew 13:43 promises that, “The righteous will shine like the sun in the kingdom of their Father.” Shining will be nothing new for Onzell Wright.

READ ALSO: This Side of Seven: Better Than Beating Alabama