This Side Of Seven: American Idols

The opening sequence of Raiders of the Lost Ark remains one of my favorites.

I mean, the entire movie is awesome. But imagine my 11-year-old self, just settled into my small-town Gem Theater chair with popcorn in hand. The lights dim, and suddenly the audience is thrust into a nonstop adventure that hits 90 mph right out of the gate.

In case you have forgotten, we first meet Dr. Indiana Jones in 1936 as he seeks to acquire a golden idol worth untold riches and protected by booby traps.

Jones’ plan to replace the idol on its pedestal with a bag of sand of equal weight is clever but fails. The removal of the idol is detected. Jones and the young man who accompanied him must run for their lives.

His “partner” swings across a cave chasm using Jones’ whip, leaving Jones on the wrong side without a way across. 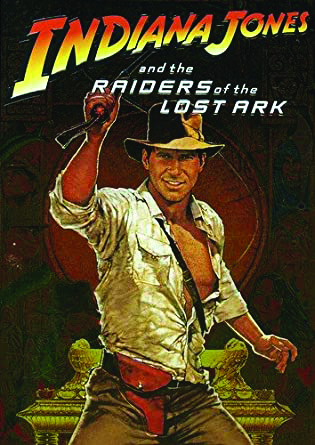 “Give me the whip,” demands Jones.

“Throw me the idol,” replies the young man.

“No time to argue. Throw me the idol, I throw you the whip.”

Jones is conflicted but obliges. He tosses the golden idol across the expanse between them. His accomplice catches it.

“Give me the whip!” yells Jones.

The man drops the whip and replies coyly, “Adios, señor,” before he turns and runs.

Jones jumps, grabs a vine, pulls himself to safety and dives beneath a slowly descending wall, reaching back to grab his whip just before it slams shut. And then, only a few feet away, he finds the golden idol on the dirt floor at the feet of his now spike-impaled and very dead companion.

And then … the boulder starts rolling!

Of course, Jones runs and escapes with his life — but not with the idol.

And it demonstrates the gravitational and seemingly illogical pull of idols.

The search for this golden idol had become an obsession for Indiana Jones. The time and expense dedicated to pursuing this idol were immense. That is why, when asked to give up the idol or risk losing his life, he hesitated.

It should have been an easy and obvious decision. It was not.

And it is not easy for us to give up our idols either.

I’m not talking about little golden statues. We in America don’t worship those. American idols take on different but just as intoxicating forms.

Those are good things.  Those are the things that make a life worth living.

But when any one of those things becomes the most important, all-consuming, singular focus of your life … it has become an idol. And when you make people, objects, achievements or ideas the most important thing in your life, you are inviting disappointment and even despair.

Other idols or obsessions are easy to recognize as bad. Alcohol. Drugs. Pornography. When those things become the top priority in your life, the eventual impact on yourself and those you love will be painful.

It is harder to envision an obsession with education doing similar damage. Or a fixation on a 401(k) plan. Or a determination to protect your health.

We all have a finite amount of time on this earth. And there have been many, many people who have spent their finite time trying to figure out ways to live longer.

Look back to Indiana Jones. The Last Crusade was a quest to find the Holy Grail, which offered what? Eternal life. And once again, his obsession with that idol nearly cost him his life.

People who desire immortality are sometimes called “life extensionists.” There are scientists at work trying to find ways to extend human life. There are also venture capitalists and tech billionaires dedicated to the cause.

James Strole is the founder of one such organization, “The Coalition for Radical Life Extension.” Strole’s bio describes him as “a leading anti-death activist.” Now in his early 70s, Strole has practiced yoga since he was 15, avoids dairy products and on some days takes up to 70 pills and supplements — all in hopes of surviving until the next gerontological breakthrough. That innovation, if the life extensionist can just live long enough to see it, will offer even more hope of avoiding or at least delaying what most of us believe and accept as inevitable: a physical death.

Strole puts on an annual festival, called “RADDfest,” where other anti-death activists can assemble and learn about (and maybe purchase) the latest anti-aging products and plans.

My duties as KATV’s “Seven On Your Side” reporter included testing products to see if they work. The weekly segment was called “We Try It Before You Buy It.” Over the course of 20 years, we tested many products designed to improve your health, including magnetic mattresses, herbal pills promising to increase women’s bust sizes, throat spray to stop snoring and contraptions dedicated to relieving back pain. We involved viewers, experts and show hosts in our tests. Almost without exception, the remedies and devices over-promised and under-delivered.

The current maximum limit for life expectancy is about 120 years. Records can be sketchy, and there are biblical accounts of much longer lives, but the oldest verified age a person has reached since the 1800s is Jeanne Calment. Calment lived 122 years and was nearly halfway through her 123rd when she died in France in 1997.

And while some life-extensionists choke down 70 pills a day, avoid dairy, avoid risk and sleep on magnetic mattresses, Calment ate chocolate by the pound, still rode a bicycle at age 100 and didn’t stop smoking until she turned 117.

Being smart and protecting your health is a good thing. It becomes your idol when every decision you make revolves around your safety and your survival.

When you make anything more important than the main thing, it is an idol.

And once you figure out what the main thing is, death will lose its sting anyway.