This Side of Seven: Defying the Odds

This Side of Seven: Defying the Odds

This spring, Dylan Johnston will graduate from Harding University. But unlike many of his classmates, he will enter the workforce with no college debt. He has paid for his car in full. And at the age of 22, he no longer pays rent; he pays a mortgage.

“Dylan is the exception and not the rule,” says Lonoke County Sheriff John Staley. “The majority [of kids with Dylan’s background] fall into addiction. They were in-and-out of foster care and didn’t have a father-figure for direction.”

That was true of Johnston, too. His parents divorced when he was 10-years-old, and he says two years later his dad took his battles with depression and addiction to Pennsylvania. Johnston and his two younger sisters were left with an overwhelmed mom who struggled to find gainful employment and respectful boyfriends.

When the possessions ran out, so did the rent money. That led to eviction and homelessness for a 15-year-old Johnston and his sisters, ages 12 and 3. “We’re with my mom, couch surfing or sleeping in our car, trying to keep everything on the low because we don’t want to go into foster care. We don’t even know what that is at this point.”

But when his mom got into some trouble with the law, things unraveled.

“There was nothing I could do at that point,” Johnston recalls. “I don’t know where I’m going. Why am I running? So I ended up meeting with [a DHS case manager] that day.”

After spending two-and-a-half weeks at the Open Arms Shelter in Lonoke, during which time he continued to attend school every day in Cabot, an aunt and uncle (with two young children of their own) took in Johnston and his sisters.

Tight quarters and an even tighter budget made things stressful.

“I don’t think they were ready completely housing-wise and financially, even with the assistance you get from DHS,” Johnston remembers. He butted heads with his uncle regarding rules and privileges. Trust was broken, and Johnston needed to find a new place to live. He gave the social worker the names of three families he knew from the Cabot Church of Christ, and one agreed to take him in.

Johnston enjoyed stability with that family for more than two years — the rest of the way through high school. They helped him make some major life decisions, including where to go to college.

“They helped me transition to Harding,” he says. “I initially was going to go to Jonesboro, and then decided on Harding because of the discounts they give to kids coming out of foster care. If you choose to stay in foster care past 18, it is like your best decision ever. I’ve got my whole school paid for. I haven’t paid a single dime for school. Isn’t that crazy?”

For many kids who grow up in foster care, the finish line is their 18th birthday. They want out, and the sooner the better. But extended foster care offers youths like Johnston generous benefits. In exchange for a $750 per month boarding payment, Johnston agreed to check in occasionally with a support family (which was really needed when residence halls close over school breaks, during the summer or during pandemics) and attend ILP (Independent Living Program) classes once a month. Plus, any teen who ages out of foster care and wants to continue their education can qualify for up to $5,000 per year in tuition assistance.

“When you stay in foster care, you can get up to $750 per month,” Johnston says. “Plus discounted tuition at Harding, plus two local scholarships, a Pell grant. … I had more than I needed. So I would put that money into savings or pay down debt.”

When she turned 18, his sister didn’t have the option of extending foster care as she had been raised under legal guardianship. Now 19, she is paying for community college classes online. She has a scholarship and a Pell grant, but she is not getting the monthly stipend or insurance reimbursements, discounts, etc. that her brother received. Johnston says it has been a more difficult road for her.

The Children’s Advocacy Institute at the University of San Diego says, “The typical youth — one who does not have a history of abuse or neglect — does not achieve true self-sufficiency until age 26. We know that parents invest a median amount of just under $50,000 on their young adult children after age 18, thus giving their children a chance at becoming productive, self-sufficient adults. Foster youth, on the other hand, are thrust into the world at 18 years of age, with no safety net, and receive on average less than $10,000 of financial assistance — and most of that help goes towards the paltry 3 percent who manage to defy the odds and obtain a college degree.” 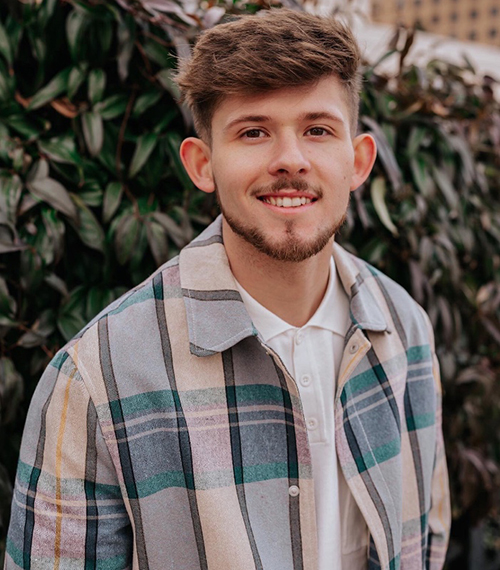 “I looked up the statistics on foster kids who age out,” he says. “It’s not pretty. I’ve always felt a weird weight on my shoulders to avoid becoming one of those statistics.”

Johnston wants to somehow use his “Defy the Odds” motto and his life-verse, Philippians 4:13:  “I can do all things through him who gives me strength.” Maybe a blog, maybe as a guest-speaker with an audience of kids in foster care, he’s not quite sure.

“Dylan is very intelligent,” Sheriff Staley says. “He is always respectful, he has a drive, and he has talent. He has overcome extreme obstacles and has a bright future.”

Johnston’s father moved back to Arkansas and now lives in Bentonville. He entered a drug treatment and recovery program and is nearly three years sober.

“My sister and I went to his graduation ceremony from his program,” Johnston says. “We had never seen our dad talk about anything that had to do with the Bible. He was up there talking to these other guys and sharing what God has done in his life. It’s crazy … the transformation.”

Johnston’s mom has remarried and lives in Searcy. He says losing her kids to foster care was a blow from which she continues to work to recover. 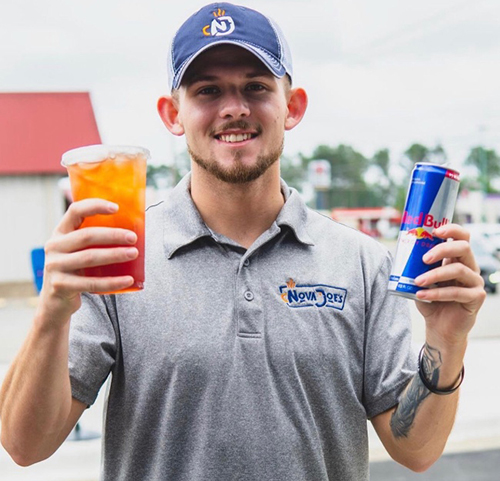 Johnston at work at Nova Joe’s in Searcy.

As for what’s next for Johnston, he hopes to use his Integrated Marketing Communications degree to continue to help his employer, Nova Joe’s. He started as an employee but now helps with the marketing, social media, branding and merchandising for the drive-thru gourmet coffee shops in Independence and White counties.

The statistics show that within four years of aging out, 70 percent of former foster children will be on government assistance. Only half will have a regular job, and those who do make an average annual income of $7,500. Less than 3 percent will earn a college degree.

Dylan Johnston knows the statistics. And he plans to continue to defy the odds.

READ MORE: This Side of Seven: There’s No Place Like Home