This Side of Seven: Ode to Billie Jo 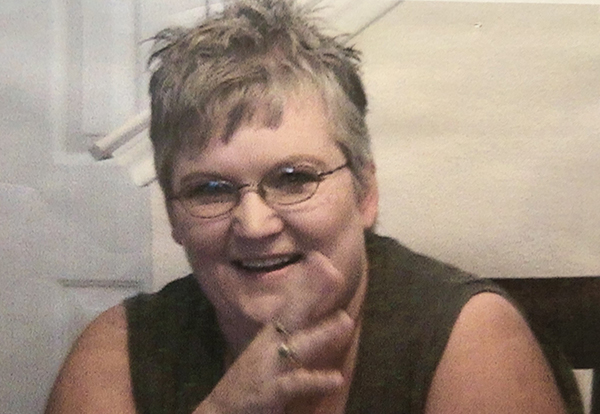 B.J. Burton would have hated the title of this article.

“She would give you the worst look if you called her Billie Jo,” Gary Burton says about his late wife with a slight smile. “Everybody called her B.J.”

I also thought about her on June 25, 2009. That is the day that Farrah Fawcett died, and the world barely noticed. Why? Michael Jackson died that same day.

B.J.’s death was similarly overshadowed by the death of Paul Eells. Eells, the “Voice of the Razorbacks,” likely suffered a major health event while driving back to Little Rock from Fayetteville. The car driven by the 70-year-old KATV-Channel 7 sportscaster never slowed down as it crossed the grassy interstate divide (there were no cable barriers at the time) and slammed into B.J’s vehicle.

“We do realize that he was a well-known person,” Gary says. “We understand that. We know the reporting is not going to be 50/50. That’s not realistic. But usually, B.J. gets a mention, and we notice. We appreciate that. And every year Brandon Eells (Paul and Vickie’s son) posts something on social media and he always mentions both B.J. and us. That means the world to us.” 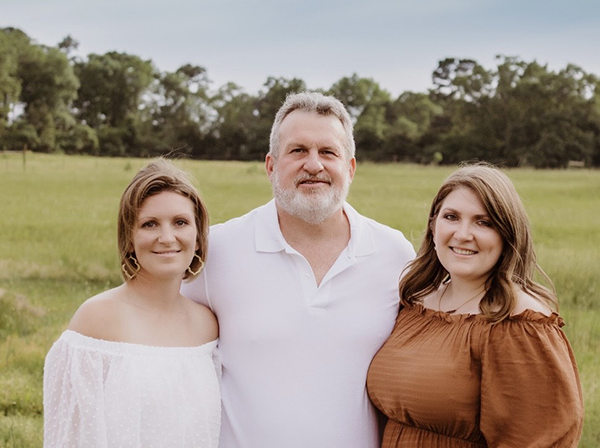 Gary and his daughters, Garyn and Kelli. (Courtesy)

Gary says B.J. was a big fan of the Razorbacks and of Eells: “We used to listen to the games on the radio together all the time — both football and basketball.”

On the day of the accident, the 40-year-old mother of two was returning home to Dover after a day of shopping and eating in Conway with her oldest daughter, Garyn, who was 22 and about to begin her final semester at the University of Central Arkansas.

“I was the last one to see her,” recalls the now-married Garyn Hugen. “Two families lost amazing people that day. I finished school on schedule, but it was tough.”

The years that followed were even tougher.

Hugen’s little sister, Kelli, was 16 when her Mom died, and she didn’t fare any better.

“I’ve really just started telling my whole testimony during the past year,” says the now-married Kelli Coatney. “I look back and think, ‘Man, I wish I had handled X, Y or Z differently.’ But I have to remember, I’m 31 now, and I was a 16-year-old girl who had lost her mom. Being 16 is tough anyways. It really tested my faith. I kind of pushed away. I say, ‘Kind of.’ I did. I pushed away.”

Both recall poorly timed words of comfort offered by well-meaning people who used phrases like, “It’s all part of God’s plan,” or, “Everything happens for a reason.”

“That was really kind of hard to stomach when your mom had just passed away,” Coatney recalls. “For somebody to come and tell me it’s all part of God’s plan — I saw no plan.  None of it made sense.”

While B.J.’s death rocked the faith of his daughters, Gary says the sudden loss of his wife of nearly 24 years strengthened his faith and dependence on God.

“I’m the son of an old Assembly of God preacher,” he says. “It’s kind of like when you are thrown into deep water unexpectedly. What do you do? You start trying to grab something that floats. A life raft, a life ring, a log, a tree branch. Anything. I grabbed onto the Lord.”

Gary and B.J. owned a restaurant in Dover, a perfect profession for a woman who loved to cook and a man who loved to eat. But the way B.J. ran the place, they were never going to get rich.

“People down on their luck would come by, and she would give them a bag of food to go,” Gary recalls. “I can’t tell you how many times that happened. She fed a woman who lived behind the restaurant every day.”

Gary recalls the time that radio and television personality Craig O’Neill, of KTHV-Channel 11, stopped in for a bite to eat. “B.J. looked at him and said, ‘I know who you are.’” Burton says O’Neill was shocked to see a muffuletta sandwich on a menu in Dover.  O’Neill got smiles and special attention from B.J., but so did everyone else.

“She always made people feel special,” Coatney says. “She was a light that lit up every room. She was everybody’s mom. You always knew she was there, and you were always glad she was there.”

Hugen adds, “We were always having living room dance parties. Mom was a lot of fun.”

The Burtons were several-times-a-week regulars at First Assembly of God in Russellville. They were there for the Sunday services, Sunday school, Wednesday night youth groups, Bible Quiz Bowls and baking zucchini bread in the church kitchen. But after B.J. left this Earth, her daughters left the church. Being out of church for so long made it difficult for Hugen to go back.

“I was embarrassed,” she says. “I was like a newbie again. I didn’t realize that a lot of people struggle with that same thing until I spoke about it. I completely walked away. I was trying to do things on my own for so long. But I’m back now, and it’s OK. It’s OK. God still loves me the exact same way He did before I walked away.”

Coatney came back to the church because she realized something was missing from her life. Something even greater than her mom. And now she is finding ways to use her pain for a purpose.

“I had a friend who lost a parent two months ago,” she says. “I was there waiting for them in the hospital parking lot because I knew what that drive home was going to be like.  Having been through this before, I am able to help.”

B.J. Burton was a Christian woman with a strong faith, partly the result of losing a son in 1986. The Burtons’ second child, Jacob, was born at 24 weeks and died a month later. B.J. is buried next to Jacob in a Hot Spring County cemetery. Gary’s mom and dad were also laid to rest there. “It is a hard piece of ground for us,” he says.

B.J. had a servant’s heart. She was very personable and very generous. She loved to bake.  She loved to dance. She would have made an excellent grandmother.

“That is probably the hardest part,” Coatney says. “She never got the joy of meeting her grandkids.”

There are three of them: an 11-year-old boy and a 4-year-old girl by Hugen; and a 6-month-old boy by Coatney. The grandkids get to visit the home in Dover where their moms grew up and where Gary still lives, remarried and making new memories.

Three years ago, Coatney was baptized. About the same time, Hugen joined a women’s Bible study group. They agree it is incredible how similar their faith journeys have been — the disconnection and reconnection. Each has a personal relationship with Jesus and a vibrant faith of her own. And it is not because of Bible Quiz Bowls or because they had Christian parents. Theirs is a faith tested, and ultimately strengthened, by loss.

Coatney says it is sad to realize that she now has lived almost as many years without her mom as she lived with her. Both women wish their mom could see them now. Gary knows B.J. would be proud of both of them and their growing faith.

But maybe B.J.’s absence is a big part of why they have that faith.

Maybe poorly timed words of comfort offered by well-meaning people 15 years ago, when life was an angry blur, are only now starting to come into focus. 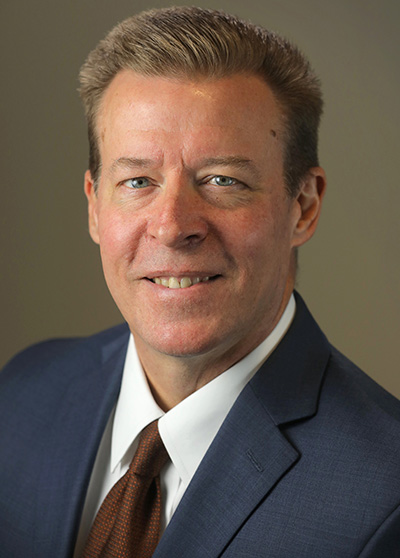 READ MORE: The People Behind Your News: Steve Sullivan

The Art of the Squeal: Barbecue Bucket List
June 29, 2022
Go to Top
Never Miss An Issue!