This Side of Seven: Puppy Love

This Side of Seven: Puppy Love

Our 20-year-old daughter was coming home from Fayetteville with her boyfriend, and that is how she prefaced her arrival. I mean, there are certainly more alarming things she could have said. “I have something to tell you,” or, “We need to talk,” come to mind.

The title of the article gave it away, I know. Sorry. The surprise was a puppy, a lab/shepherd mix. A cute little blue-eyed, fluffy brown ball of fur that for Star Wars fans would bring to mind both Ewoks and Chewbacca. 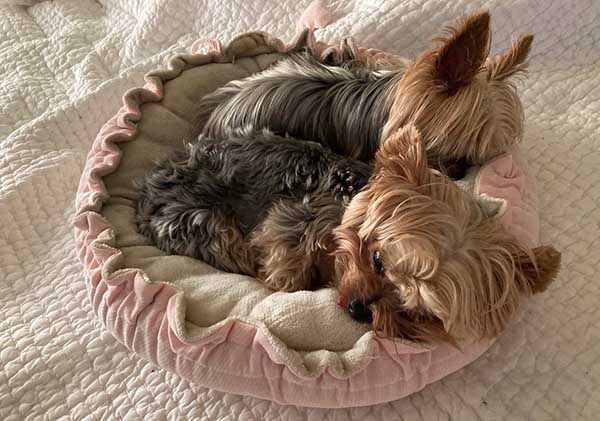 Adorable! Everybody who meets Shelby’s new puppy, Rory (named for a Gilmore Girls character), agrees that she is just that: adorable! 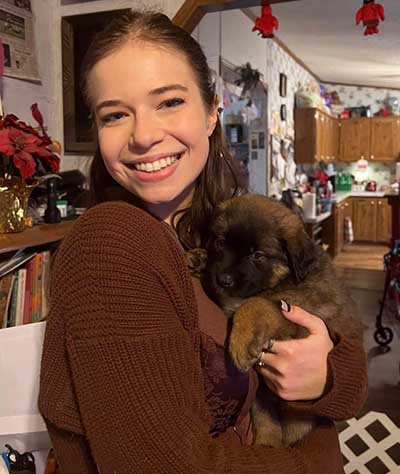 Later, I posted about the new acquisition on Twitter. The response was not what I expected.

“Congratulations on your new dog,” sums up the collective sentiment.

Apparently, there is no shortage of people who are caring for dogs that they did not choose, or (at least at first) even want. Dogs that well-meaning young adults couldn’t resist, and then couldn’t handle. Most of the comments were dripping with personal experience, humor and advice in advance of the inevitable: get ready, that dog will be yours.

Before I go any further, I do not believe that Rory is destined for Little Rock. Our daughter is a huge animal lover and very responsible. Shelby will be inspired, even amused, by all the doubters. The more people who believe Rory will be changing addresses in the near future, the more she will dedicate herself to making sure that never happens.

But many other young people who similarly committed themselves to a fur baby were later bitten by the realities of vet bills, boarding costs, house training, destructive behavior, time demands, apartment rules and complaints, and other obstacles. 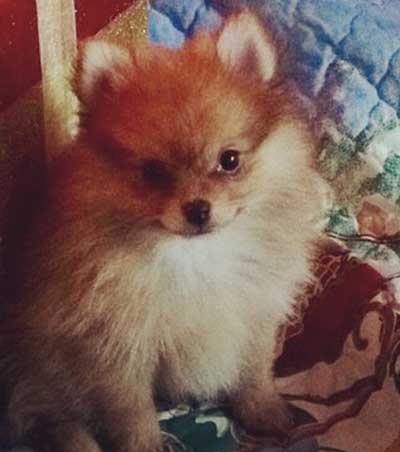 Melissa Chance recalls that her daughter, during her sophomore year at the U of A, thought a teacup Pomeranian named Lilly would help her get over a break-up with a long-time boyfriend. After three nights of nonstop barking and little sleep, regret set in.

“Susanna sounded like a new mom who was running on no sleep, and she was afraid her neighbors were going to complain,” Melissa recalls. “Her roommate told her she was ‘more of a cat person.’ Uh oh. Thankfully, Lilly’s original owner gladly took her back.”

When 16-year-old Harry Cummins got a hunting dog, his mother, Jody, objected — primarily because she saw a future in which her son would leave home, and leave his dog behind.

“I was marginally concerned that, by allowing them to take a puppy, I was really volunteering to be booted out of my marriage,” recalls Bud Cummins. “Jody had been pretty clear on this point.” 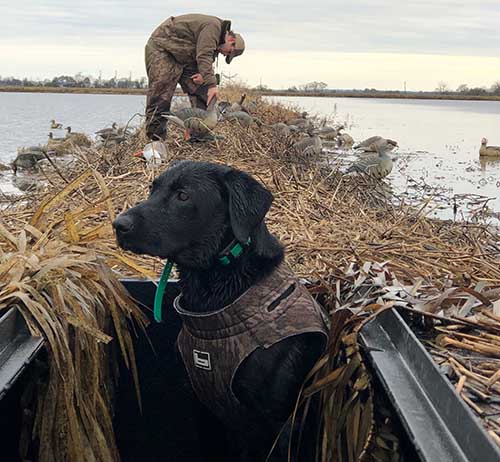 Harry did leave Cache behind during his freshman year at Fayetteville, when he lived in the dorms. But Cache joined him in Fayetteville for his sophomore year, until the dog developed intestinal troubles. Jody retrieved the retriever and nursed Cache back to health. Harry’s dog has called Little Rock home since.

“COVID would have taken a toll on my mental health if it weren’t for my regular walks with Cache for the past two years,” Bud says. “We still refer to him as Harry’s dog, but nobody believes that Jody isn’t in charge of Cache. It is rare most days if they are more than about 10 feet from one another. Harry graduates from Fayetteville in May. A courtroom custody battle may follow.”

Gary Sullins was also left with a dog, a Yorkie, when his daughter moved out for college. But after a few months away from home, he says his daughter adopted a different dog. He says the pair remain together after several years. But, there is the matter of a cat she acquired.

“A few months ago, she and her fiance broke up,” Gary says. “With that change, she moved into a rental where she couldn’t keep the cat. So, the cat now lives with us.” 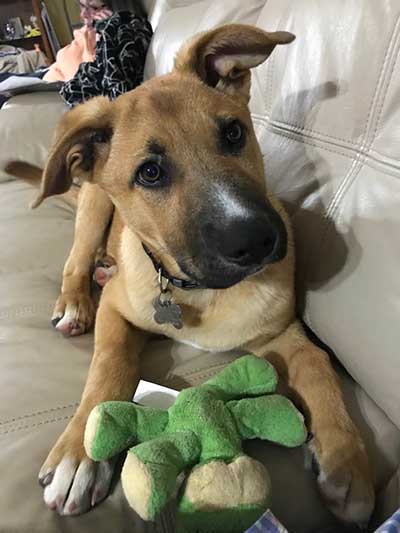 Don Wyatt says his daughter, Erika, picked out a 4-month-old German Shepherd mix at Out of the Woods Animal Rescue in Little Rock. She named him “Crouton.” Erika was living at home while finishing up her schooling, so Crouton quickly became a part of the family.

“Two weeks after she started her new college classes, she met a guy who was to become the man of her dreams,” he says. “There was only one issue — he was allergic to dogs, and it wasn’t just a wee bit. She decided that finding a good man was hard enough and she could leave Crouton behind.”

Don was fine with that, as he had already been accused by Erika of “stealing” her dog because of their close bond.

“My wife, Karyn, was afraid we might end up with the dog, which is why she only reluctantly agreed to his adoption. She loves him as much as anyone else does, and never once said, ‘I told you so!’”

Erika gets as many supervised and unsupervised visits as she wants. 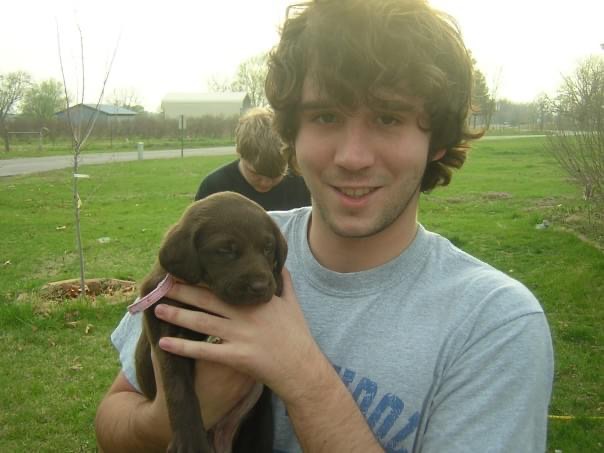 There are success stories. Erik Sward says his parents gave him a dog for his 21st birthday while he was in college. He says he had a fenced-in yard and only had classes for a few hours each day, which made things easier.

“She was the best dog I’ve ever owned and wouldn’t leave my side,” he says. “I had to put her down last year at the age of 15. We had a hell of a run, and I would absolutely do it again.” 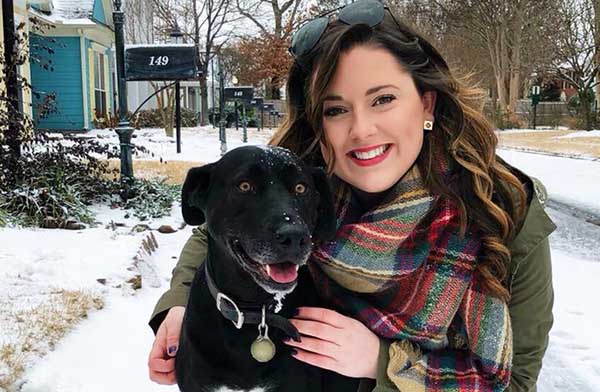 “Although my mother urged against it … I felt confident in my ability to care for him.”

Benton says vet and boarding bills were difficult, but that she worked part-time and was able to manage.

“Going to law school was really when the challenges presented themselves,” she says. “I was a full-time student living in a studio apartment in downtown Memphis — not the most conducive for dog ownership.”

But Alexandra and Luke made it work.

“You have to be willing to pay extra pet rent, pet deposits, expensive vet bills, and to generally sacrifice for your fur baby,” she says. “I had to miss out on parties and dinners because my dog was sick and needed to be supervised and looked after. My recommendation for potential pet owners is to be truly introspective and ask yourself if you are willing to make the financial and time commitment required to truly care for the animal.”

I have no doubt our Shelby will be a responsible and successful pet owner. She already is, having taken one of our cats (Toodie) with her to college. She has always put the needs and desires of others, including animals, above her own.

But what I learned most from all the feedback following her acquisition of Rory is this: The dogs (and cats) who live the best lives aren’t adopted by pet lovers, they are adopted by supportive, pet-loving families. You may never need Plan B, but it is sure nice to know it’s there.

READ MORE: This Side of Seven: Defying the Odds