This Side of Seven: Southern Heroes 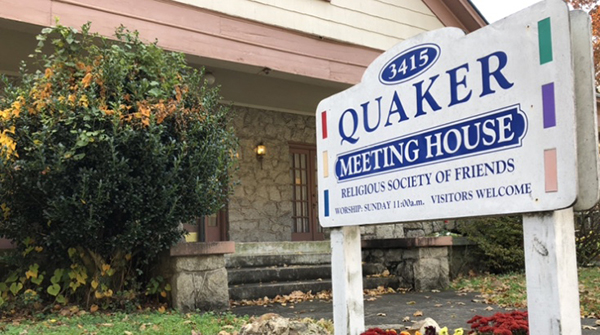 This Side of Seven: Southern Heroes

One Saturday last summer, my wife, Mary Carol, and I went antiquing in Hot Springs. This was about the same time that statues erected to memorialize or glamorize Southern military leaders and the Confederacy were coming down across the nation in the wake of the death of George Floyd.

I spotted an old book titled Southern Heroes. Published in 1895, it was not surprisingly in poor shape and, at $55, priced a little steep in my estimation. But inside I found a small card with the signature of “Mrs. Thomas Leggett” on one side, and on the other side, this message:

“This book is authentic history. We are well acquainted with the author and know many of the persons, some are still living. We have been in their houses. We hope you will find it helpful. 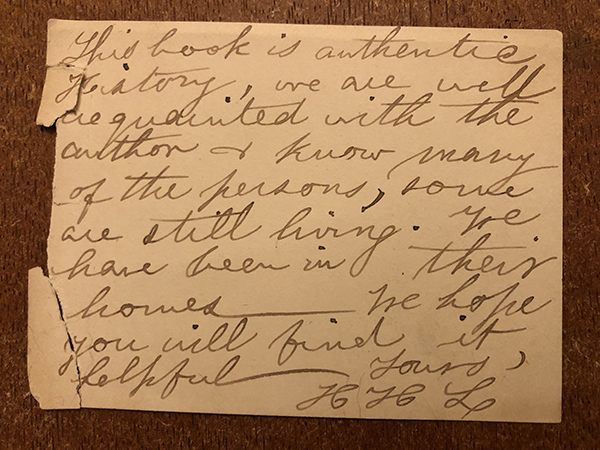 I purchased the book, intending to learn why, 30 years after the Civil War, author Fernando Gail Cartland and the people he interviewed thought the likes of Robert E. Lee, Thomas “Stonewall” Jackson, Jefferson Davis, and others were worthy of being hailed as “Southern heroes.”

Much to my surprise, the book wasn’t about Southern military leaders at all. It is about members of the Religious Society of Friends, also known as Quakers, living in the South. Quakers, devout Christians, opposed slavery, opposed secession, and refused to fight for the Confederacy. They were conscientious objectors. Needless to say, this did not make them popular with their neighbors. As Cartland recounts, “They had good cotton plantations and were substantial citizens, but were much ostracized by their slaveholding neighbors, and were thoroughly disliked by them.”

The book largely focuses on the Civil War years of 1861-65, and because it was written fewer than 30 years after the war’s conclusion, many of those quoted were interviewed personally by the author. The book also includes journal entries, letters, statistics and the minutes taken at meetings.

The Religious Society of Friends was a fixture of Colonial America. While the most famous Quaker colony was Pennsylvania, founded by Wiliam Penn in 1681, Quakerism and its call to peaceful coexistence, equality and Christian activism had a presence in every emerging state. Many Southern Quakers moved northwest prior to the Civil War to states like Indiana, Illinois and Ohio. Those who remained in the South were concentrated in North Carolina, Virginia and east Tennessee. 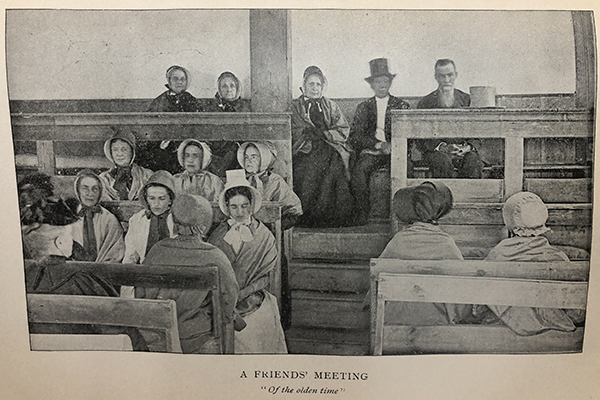 Friend Himelius M. Hockett explained, when asked by Cartland, why the Quakers so firmly held to their beliefs: “It was in obedience to a higher authority that we felt we must refuse to obey orders that conflicted with the laws of God.”

Their convictions were not without consequence. Many Quakers who refused to take up arms for the Confederacy were sent to military camps or prisons. For example, when Jesse Milton Blair refused to serve in the military, he was tortured. Blair was beaten, lashed 100 times, and hung up by his thumbs out in the sleet and snow for hours. “But our friend replied that he recognized the authority of no other captain save Jesus Christ, and his orders were, ‘Thou shalt not kill,’ and that he should do nothing to advance the interests of war.”

Lazarus Pearson, after visiting the North and seeing firsthand the superiority of firepower and manpower, tried to warn his fellow Southerners that defeat was inevitable. His reward? A letter left at his home: “We see from your actions that you are against us.  You must either change your opinions, leave the country, or abide by the consequences. Signed, Many Citizens of Fork Township.”

W.C. Outland faced hanging simply for stating that the South was in rebellion against the government. Southerners claimed they had a right to secede, and that such action was not a rebellion.

Cartland shares the story of Quaker Thomas Kennedy: “Kennedy became owner, by inheritance, of about 80 slaves. What to do in the matter became a grave question. Should he refuse to accept them, they would be passed to other heirs of the estate. He could not, for conscience sake, hold them as property. To release them in a slaveholding community would expose them to the liability of being kidnapped, and besides, it was contrary to the law to set a slave free in a slave state.” Kennedy accepted them as property but shortly thereafter, in the middle of the night on an “errand of love,” took them all to freedom.

For thousands of slaves, the Underground Railroad was their path to freedom. It was a network of schools, churches and homes (many of them owned by Quakers) that stretched from Southern states all the way to Canada, where slavery was outlawed in 1834.

For 30 years, Society of Friends member Levi Coffin served as president of the Underground Railroad. At the age of 15, Coffin began helping slaves in North Carolina. Later, he and his wife (known as “Aunt Kate”) moved to Indiana and Ohio where they sheltered and fed more than 3,000 fugitive slaves. 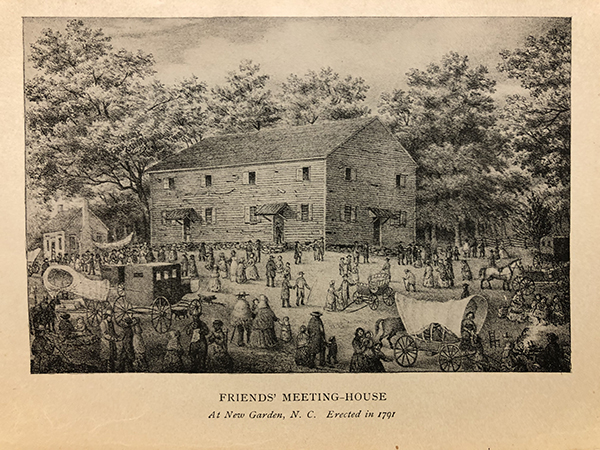 Coffin explained his actions to his neighbors: “As a boy in North Carolina, I read in the Bible that it is right to take in the stranger and administer to him in distress. And that in the Bible, in bidding us to feed the hungry and clothe the naked, it says nothing about color, and that we should try to follow out its teachings.”

Little Rock has been home to a Society of Friends Meeting since 1959. In 1995, the Quakers purchased the old Anderson home at 3415 Markham Street. Quakers gather there Wednesday evenings and Sunday mornings. John Coffin currently serves as the group’s clerk, and his wife Tina publishes The Carillon, a newsletter for Quakers in Arkansas.

John Coffin tells me that yes, he is distantly related to Levi Coffin. The Coffin family were originally whalers who settled on Nantucket Island, Massachusetts. Another famous family member that Coffin says he is more closely related to is Lucretia Mott (formerly Lucretia Coffin). In 1833, Mott helped found the Philadelphia Female Anti-Slavery Society. And in 1866, she became the first president of the American Equal Rights Association.

There are three active Religious Society of Friends Meetings in Arkansas: in Little Rock, in DeWitt and in Fayetteville. The DeWitt Monthly Meeting is the oldest, founded in the 1930s. But even before then, Quakers were helping people in Arkansas.

According to the Encyclopedia of Arkansas, “The first evidence of Quakers in Arkansas is Charlotte Stephens’ memory of attending a Quaker school during the Civil War. The school was founded by a former slave, William Wallace Andrews (Stephens’ father), whose former owner, Chester Ashley, gave him a parcel of land on which to build a church and a school.”

Cartland shares in his book that the first school in America that welcomed and educated both Black and white students equally was started by Quakers in 1839, in Raisin Valley, Michigan.

The Encyclopedia of Arkansas also shares that Society of Friends member, “Robert Wixom tutored Little Rock Nine member Ernest Green in physics once or twice a week and attended his graduation.” Friends worked hard during the turbulent ’50s and ’60s to bring Black and white citizens and leaders together. 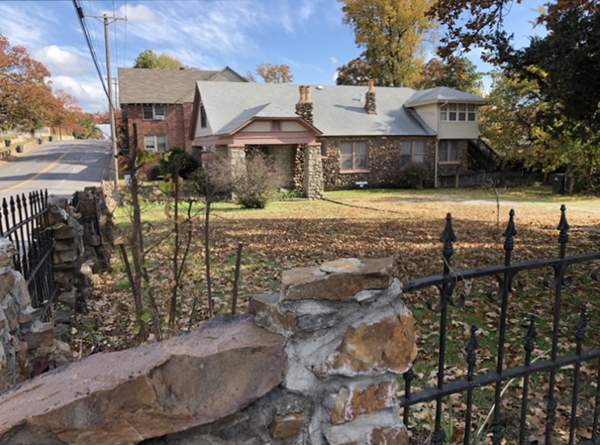 Quaker worship is notable for its silence and connection to an Inner Light, or God’s presence within. But when causes present themselves, Friends can get vocal. Most recently, Quakers in Little Rock wrote a letter to Gov. Asa Hutchinson in March 2017, opposing the plan to execute eight death row inmates in a 10-day period.

What can we learn from the Southern Heroes of the Civil War era?  Believe in a power greater than yourself. Do the right thing, even if it costs you. Do not follow the culture or government if it conflicts with the teachings of your faith. Be kind, generous and loving to your neighbors and fellow Americans. Be a champion of the disenfranchised. Praying for those in need is good, but actually helping those in need is better.

True Southern heroes are not military leaders or football coaches. They are not politicians or race car drivers. They are everyday people who are willing to do the right thing, even when it is inconvenient.  Even when making life easier for someone else might make life harder for you. That was the opinion of Fernando Gail Cartland in 1895, and it is an opinion I share as we close out 2021.

READ MORE: This Side of Seven: The Final Say