This Side of Seven: Trickle-Up Economics 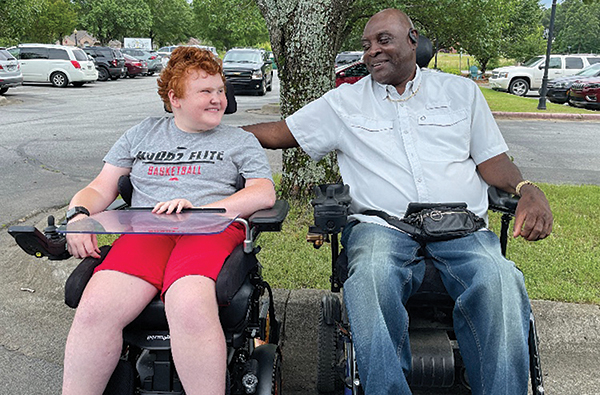 This Side of Seven: Trickle-Up Economics

Trickle-down economics basically theorizes that if you lower taxes on the rich and corporate America, those savings will be passed on to the commoners, and everyone benefits. Studies have shown that it is a theory without much support — that the rich didn’t get rich by acting in ways that benefit the poor. The goal of the rich is often to get richer.

Of course, there are many wealthy people who are very generous to the poor.

But how many examples can you cite of poor people being generous to the wealthy?

If you need a case study, you could start with Robert Ford. 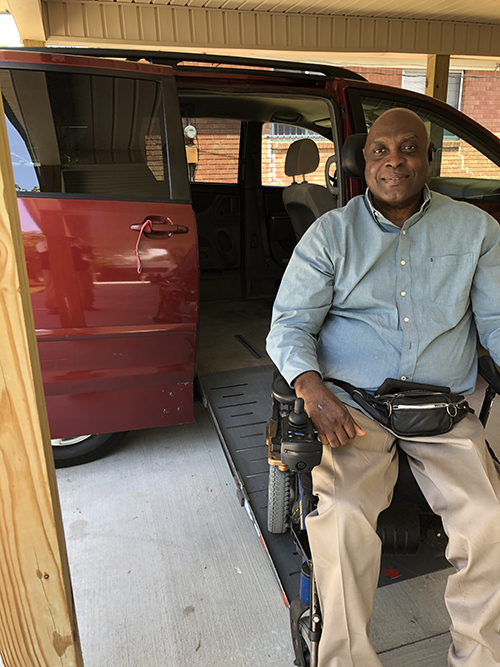 “It wasn’t my decision,” Ford says. “It was God’s decision. I asked God what I should do, and he told me to wait. So, I waited. For 18 months I waited, the day I met Dutch, I knew the wait was over.”

Ford graduated from Gosnell High School in 1982, where he played football and basketball and ran track. He went straight to work out of high school, and 15 years later he was married and living and working in Virginia, helping to build mills for Yamato Steel. Ford says he was a workaholic, grinding seven days a week, 365 days a year.

On March 23, 1999, Ford was driving home from work when he fell asleep. His ‘97 Nissan Maxima drifted off the road and hit a tree. Ford broke his neck in four places and severed his spine at vertebrae C6 and C7. Just 34 years old, he was paralyzed from the sternum down and could not use his hands. He would never walk again.

“I was hospitalized in Virginia for a year,” Ford recalls. “I had to learn how to eat, swallow … everything. Then I moved to Hot Springs and continued my rehabilitation at a wonderful facility on Spring Street. But I was bitter for a couple of years after the accident. My wife left me. She hadn’t signed up for this. And my friends kept telling me, ‘Man, nobody wants to be around you. You’re so bitter.’ So, I asked God to change me.”

While Ford’s body was altered in an instant, changing his heart and mind was a much slower process. He estimates it took 45 months to become the man he is today. The man who met Dutch Daniel in November.

Dutch, with alabaster skin and flaming red hair, didn’t lose his ability to walk in an instant. It took years for muscular dystrophy to rob him of that independence. The fourth of four children born to Dana and Scott Daniel, his muscular dystrophy was diagnosed at age 6. He can remember walking and even attempts at running, but that was a long time ago.

“Dutch is 14 now. He was about 11 when it became too painful for him to walk,” his father, Scott, recalls. “We put him in a manual wheelchair because we were told that to buy a motorized chair at that time would not be a wise investment because he would outgrow it too quickly. Insurance only pays for a new chair every five years.”

But soon, Dutch was outgrowing his manual chair. And as he approached 150 pounds, it was getting difficult for him to operate. Then, late last year, doctors told his parents that Dutch needed a new motorized wheelchair immediately or his scoliosis would likely worsen.

“These motorized chairs are custom-fit,” Scott says. “We learned that if you order one, it can take six to eight months to arrive. We didn’t have that kind of time. Panic started to set in.”

As the Daniel family set out to quickly find Dutch his first motorized wheelchair, Ford had an extra one.

“Eighteen months ago, I got a new chair, even though my old chair still worked just fine,” Ford says. “I tried to give it to a cousin and another person. I considered selling it online. But then I prayed about what to do, and God told me to wait.”

The wait ended in January. Ford was having his wheelchair adjusted when Dutch and his family showed up at the same place looking to buy a wheelchair.

“When I saw that red-headed boy, my heart went out to him,” Ford recalls. “All I wanted was to bless somebody with the chair who I knew would be able to use it.”

Scott wasn’t as sure.

“I didn’t believe it,” he says. “I mean, there is no way this stranger could have a chair good enough or suitable for Dutch that he was just giving away. As we get older, our opinions are seasoned by our experiences … and in my initial opinion, there was just no way.”

There is a phrase I used often as a consumer reporter: “If it sounds too good to be true, it probably is.” People like Ford are the reason that the word “probably” is a part of that axiom.

“He was skeptical,” Ford says. “Maybe because I’m a black man saying ‘I got a chair.’ Maybe because I didn’t want anything in return.”

Scott says it was the latter. “Nobody has ever really given me anything. I’ve had to work for everything.”

Dutch now has Ford’s chair and more independence. He can get from here to there without any help. Ford enjoys such independence too — not only from his motorized chair, but also from a minivan specially modified so that he can operate it.

“Robert’s minivan is high-mileage and has some serious issues,” Scott says. “As a way to thank him for blessing us, I want to bless him. So, I decided to create a GoFundMe page to help buy Robert a new minivan.”

Ford lives on disability payments, so it is not a purchase he could make. In less than a month, the fundraising effort was more than halfway to its goal.

The Bible promises that we will all suffer losses in life. We will lose loved ones, jobs, material possessions. And some will lose the ability to walk. But we are to “ … glory in our sufferings, because we know that suffering produces perseverance; perseverance, character; and character, hope” (Romans 5:3-4).

Both Ford and Dutch exhibit this perseverance and this character and this hope. Their words, actions and attitudes reveal an inner peace that all of us would be blessed to possess.

If you would like to check on the progress of the fundraising effort for Ford’s van, please visit www.gofundme.com and search “Robert Ford.” (The specific page name is “help Robert get a Disability Van!!”)

READ MORE: This Side of Seven: When the Vow Breaks