This Side of Seven: When the Vow Breaks 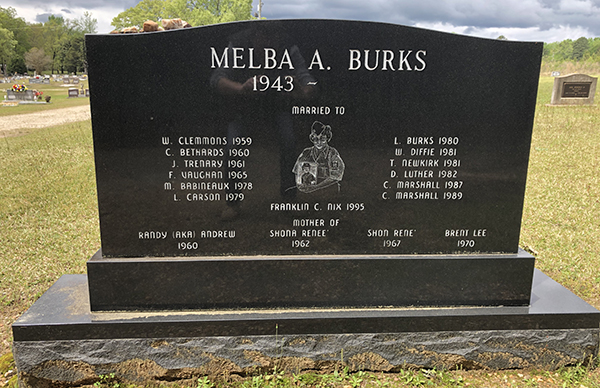 This Side of Seven: When the Vow Breaks

And Arkansans divorce. A lot.

In 2019, only wedding destination states Nevada and Hawaii had higher marriage rates than Arkansas (8.4 marriages per 1,000 people).

And in the state’s history, perhaps no one participated in more marriages and divorces than Melba Burks.

Burks is buried in Saline County’s Fairplay Cemetery. Before her death in 2011, Melba showed her tombstone to her brother, Stanley. On it, she chose to list all 12 of her husbands (one she married twice).

“I asked her which one she loved the most?” recalls the now 82-year-old Stanley Burks.

Melba refused to answer his question. But Stanley thinks he knows why. “She didn’t marry out of love,” he says. “She married out of convenience.”

Melba was a proud (and disabled) veteran who served in both Korea and Vietnam. She claimed to be the first female military police officer in the United States. After her service, she worked as a long-haul trucker, a Realtor and a political activist (she ran unsuccessfully for both sheriff and mayor in north Arkansas). During one of those campaigns, she told voters she was a four-time cancer survivor and that she had been “shot, stabbed and died twice before being revived.”  She also said, “I don’t take nothin’ from nobody.”

Her 13 failed marriages didn’t come up on the campaign trail.

“Mainly it’s because she wanted to be the boss all the time,” her brother says. “She was a tomboy from the start. She chewed tobacco as a young girl and liked it. Her language was pretty rough. She was physically strong. You never would want her to get a hold of ya. Honestly … she was a little crazy.”

Melba was the product of divorce. Her parents, Velva and Luther, split when she was a teen.  Stanley says he and his father moved to California. Melba wanted to go with them, but she and their other two siblings stayed in Arkansas with their mom.

Stanley says life was hard for them.

In his 2014 book Labor’s Loves Lost, sociologist Andrew Cherlin posits that the breakdown of a stable family structure has serious consequences for low-income families, particularly for children.  Instability and complexity at home, Cherlin argues, impact school performance, thereby reducing future employment prospects and perpetuating an intergenerational cycle of economic disadvantage. “There has never been such a split between marriage-based families on the top rungs of the social ladder and cohabitation and single-parent-based families on the middle and bottom rungs,” Cherlin writes.

The Institute for Family Studies backs this up, making this finding after examining the 2018 census data: “For Americans in the top-third income bracket, 64 percent are in an intact marriage, meaning they have only married once and are still in their first marriage. In contrast, only 24 percent of Americans in the lower-third income bracket are in an intact marriage.”

In other words, one way to help avoid poverty and produce healthier and happier children is to get married and stay married, hopefully happily married. There are no guarantees, but statistics indicate it helps.

Twenty years ago, the Arkansas Legislature passed the “Covenant Marriage Act.” It was designed to strengthen the institution of marriage by making it harder to get divorced. From 2002-2019, there were 544,168 marriage licenses issued. Only 2,932 couples chose to enter a “covenant” marriage (just over one-half of 1 percent).

It is difficult to legislate a greater esteem or respect for the institution of marriage.

Which brings me to one of the most blatant abuses of the institution that I ever covered as a reporter.

Back in 2017, retired Rev. John Vise married a pair of 17-year-olds at the Garland County courthouse in the middle of a school day. He didn’t ask why they were getting married. “I’m not the moral compass as far as who is getting married, or why,” Vise told me.

In this case, the “why” had little to do with love and a lot to do with football. 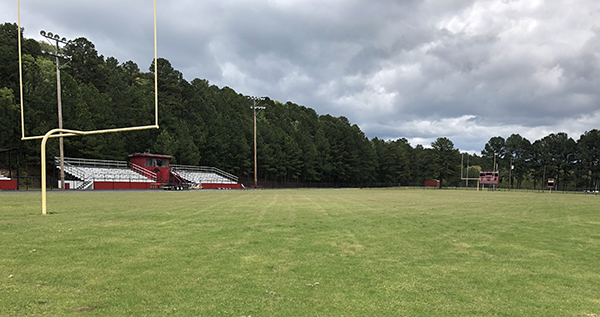 The football field at Mountain Pine.

In January 2017, a star athlete transferred from Lake Hamilton to Mountain Pine. Mountain Pine Schools Superintendent Bobby Applegate wanted to get this new student eligible to play sports as quickly as possible.

In Arkansas when a student moves from one district to another, they cannot immediately play sports. Generally, the student-athlete must sit out a year before eligibility is restored.

If the new student marries and moves in with a person already living in the district, that is one of those exceptions. And one day before the second game of the season for the 0-1 Mountain Pine Red Devils, Rev. Vise united two teenagers in holy matrimony.

And in that second game, the newly eligible player scored five touchdowns in a victory. The Red Devils would win seven games in a row and make the playoffs for the first time since 2010. The season was a success.

And the marriage? It lasted an unhappy 20 months. 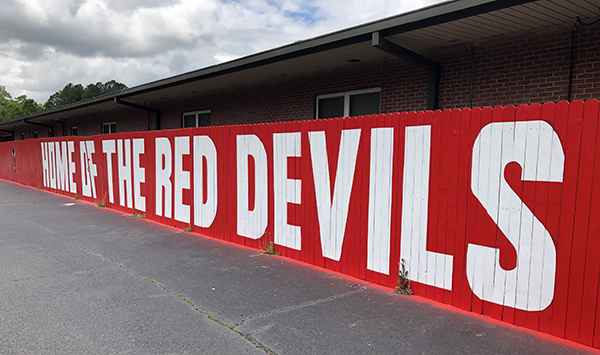 Marriage is not designed to be convenient, temporary, disposable or replaceable.

Here is what the young bride had to say in a May 2019 divorce filing: “I was only 17 when we got married. We lived together for two months after our marriage, and then we lived with our parents.  When we were together, he was verbally abusive on a regular basis. He was physically abusive once, and that’s when I filed for divorce.”

What did the young groom have to say? “I’m alright with this divorce.”

Which seems to echo the sentiment of much of the nation — alright with divorce.

The oft-cited statistic that “50 percent of all marriages end in divorce” is not true and most likely never was true. A more accurate assessment puts the divorce rate at 39 or 40 percent. Still not great, but much better than 50-50.

Marriage is not for everyone. Jesus taught about God’s plan for marriage and about the oneness and stability that can be found in marriage, but Jesus Himself never married. While being single was his preferred status, the apostle Paul taught that if a widow or someone single cannot control themselves then it was better to marry than to “burn with passion.” (1 Corinthians 7-9)

Maybe those two Garland County teens started out in love and really tried to make it work. But it seems more likely that their marriage was a sham — a temporary solution to a temporary problem, concocted by the adults in their lives to exploit a loophole.

Marriage is not designed to be convenient, temporary, disposable or replaceable.

And when so much of society doesn’t follow the design, we should not be surprised by the results.

READ MORE >> This Side of Seven: Silo Parenting