Last week’s opening films fared pretty well at the box office, all things considered. Frozen II remained queen at No. 1 with an $85.3 million second weekend, and our editor’s choice Knives Out opened at No. 2 with $27.1 million. Ford v Ferrari dropped to third in, coincidentally, the third week of its run with $13.3 million. A Beautiful Day in the Neighborhood ($11.8 million) and opener Queen & Slim rounded out the top five films. 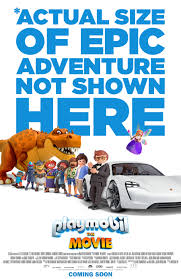 Based on the German toy by the same name, Playmobil: The Movie follows Marla’s (Anya Taylor-Joy) journey to rescue her brother who has disappeared in the world of Playmobil.

This one has a pretty meaty cast but just does not look like much more than a forgettable animated flick. 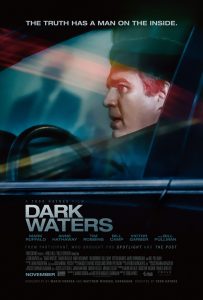 This based-on-a-true-story drama is about Robert Bilott, an attorney (Mark Ruffalo) for the chemical company DuPont who stumbles upon a secret of the corporation that connects to a number of unexplained deaths in a small West Virginia town. The realization forces Bilott to switch allegiances and put his entire life at risk in the process.

This looks incredibly captivating, led by Ruffalo and Hathaway’s more than capable acting chops, with a few members of the supporting cast who are always so good at being bad.

Just a tad off the mark here, as Queen & Slim fell a little further than we forecasted, from an initial 87 percent to 82.

Believe the hype. Knives Out held true, jumping up from a prerelease score of 96%.

Things are a little slow as we hit the lull between holidays and await the blockbusters that open around Christmas. In the meantime, did you see the new trailer for Black Widow? Give it a watch on your way out.