This Year’s ‘Parasite’? A Review of ‘Minari’ 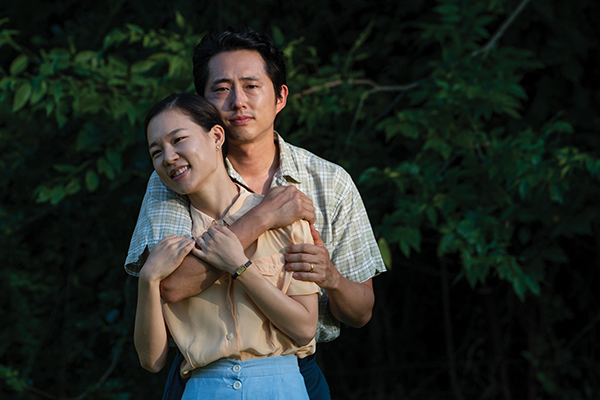 The Ozark Mountains is no country for new men. It’s a place bound by strict tradition and ways of living, along with land that resists easy use.

Throughout the history of film and other entertainment, the Ozarks have been a place of despair and poverty. Films like Winter’s Bone have probed the depths of this poverty even while highlighting the fortitude of some of its residents. At the end of the day, though, it’s a place to escape, not to remain.

But one family comes to Arkansas with dreams of a new life and economic prosperity in the Ozark Mountains in Lee Isaac Chung’s new film Minari. Or at least, one member of that family has his heart set on that dream.

In the film, the family’s father, Jacob (Steven Yeun), moves his family of four to Arkansas from California to start a farm. The film’s first words, spoken in Korean, set up how alien Arkansas is to the family: “What is this place?,” Jacob’s wife, Monica (Han Ye-ri) asks. “Our new home,” Jacob replies.

Once they arrive at their new home, the children, David and Anne, start exploring the land in one of the film’s most vibrant sequences, full of bright sunlight and lens flares. It’s the magic of childhood — running through a meadow with your hands barely caressing the wild grass as you chase after someone. That magic is brought crashing down when David is told to stop running — a frequent refrain in the film that grows in urgency and significance as time continues.

The children are not the only ones enraptured. Jacob is the most taken with the land, scooping it up, letting it sift through his fingers. “This is the best dirt in America,” he says.

Yeun captures the yearning of an immigrant who wants to make his own way, on his own terms, in America. He plants his flag early in the movie: This farm in Arkansas will be his success story. And it will test him — along with his family. 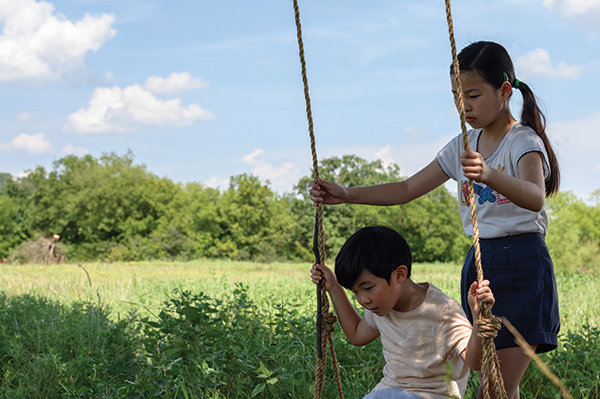 Alan S. Kim and Noel Cho. (Photo by Melissa Lukenbaugh, courtesy of A24)

That magic gives way to unsettling reality when fractures between Monica and Jacob began erupting. In the first night at the trailer, Monica and Jacob start a yelling match over moving to the middle of nowhere in Arkansas. After the lightness of the previous scene, it’s a stark shift in tone but one that the film effectively modulates throughout.

Striking a bargain, the family agrees to bring Monica’s mother, Soonja, from Korea to Arkansas to help out. Jacob goes about setting up the farm, buying seed and a tractor, while Monica reluctantly begins setting up in their trailer.

Soonja is the proverbial grenade tossed into the family home. Played by renowned Korean actress Youn Yuh-jung, Soonja is a foul-mouthed, irreverent grandmother who watches wrestling (firmly convinced it’s real) and teaches the grandkids how to play card games.

Her arrival also sets up the rivalry between her and David, the young son. Before Soonja even arrives, David seems to take a dislike to the idea of her coming. When she does arrive, David makes no effort to disguise his displeasure, telling Soonja that she’s not a “real” grandmother because she doesn’t cook, and she smells odd.

Instead of being angry, Soonja acts like a trickster out of mythology, playing pranks on David, teasing him and offering gifts. While not comic

relief, Soonja offers some of the funniest moments in the film, bringing a sense of levity to the home, as Monica and Jacob struggle to figure out how to make a go of it in Arkansas.

Jacob and Monica begin working at a local poultry factory, sexing chicks. Jacob is an expert at the job, while Monica is just adequate — as she was told by another employee, “You’re fast enough for Arkansas.” In the meantime, Jacob is still working the farm, trying to figure out how to get his crops to grow, how to find water and more. A local man named Paul, played by the consistently underrated character actor Will Patton, sells Jacob a tractor and offers to help out.

All of the film’s strands — Soonja and David’s hijinks, Jacob and Monica’s marital difficulties, trouble with the farm and more — become more and more tightly intertwined throughout the film, leading to a devastating conclusion and the possibility of hope.

Minari is pitched as an earnest immigrant-out-of-water story, with Jacob and his family settling in Arkansas, trying to reach their dreams. The semi-autobiographical film, inspired by Chung’s childhood growing up in Lincoln, Arkansas, is a touching tribute to those experiences. But there’s a deeper layer, in which Chung mines below the expected and the tired tropes of the immigrant story to reach deeper truths.

With many fish-out-of-water stories involving families, those families are presented as a united front with an us-versus-the-world attitude. Offhand, think of the Boone family in Remember the Titans, moving to Alexandria, Virginia, and weathering the racist abuse in a stoic manner with no internal division. By contrast, Monica and Jacob are immediately thrust apart from the opening scenes, with Monica not understanding why Jacob is set on wasting money trying to farm in the Ozarks instead of moving back to California to a stable living. This is not the dramatic hysterics that some movies depict in family dynamics but a desperate struggle to understand and to do the best for their families.

As Monica, Han Ye-ri has arguably the most thankless role, holding up the movie as the grounded base between Jacob’s striving ambition, her children and her mother’s peculiarities. She steps up, working to become better at her job at the poultry factory to support the family as Jacob’s attention increasingly shifts to the farm. Despite her dislike for the rural area, she has the most in common with many of the local people, having a strong Christian faith.

Chung subtly uses religious differences to mark the differences between people. While Jacob is the one who is pursuing a dream — some might say blindly — he has no time for religion. Soonja, another dreamer, similarly has no time for church or prayers. Meanwhile, Monica is a devout Christian, even though she cannot muster any faith in her husband’s plans.

Will Patton’s character Paul is an example of how to portray religion in film. A Pentecostal, Paul gesticulates, casts out demons and more, prompting Jacob to call him “crazy.” This performance could have easily veered into parody but is saved by an empathetic touch from both Patton and Chung, the director. 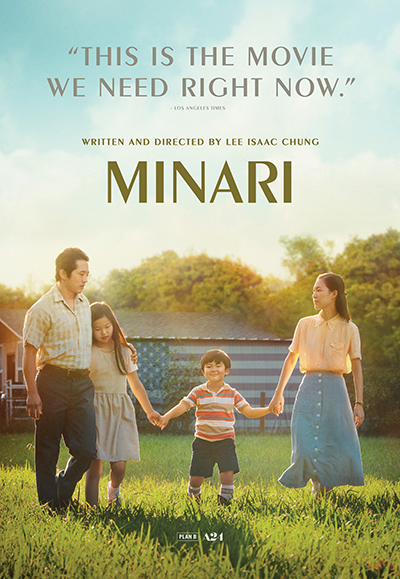 In a shot reminiscent of Gregg Toland’s cinematography in the 1940 film The Grapes of Wrath, we see Paul carrying a massive wooden cross on his back as a bus full of children pull past him. As David smiles at Paul, several other children taunt him and ridicule him for his low standard of living. Through the rear window, Paul recedes into the distance, obscured by dust, still carrying his cross. Paul is not performing his religion for others but is authentically driven to repent and tries to help others, even when his religion comes off strangely.

Watching Minari was a balm in troubled times for me. It’s easy to fall into the trap of watching escapist fare during difficult times, but these movies often leave no lasting impression or lessons learned.

Like the peppery herb of the title, Minari was both a delight and medicine. As Soonja says, “Minari is truly the best. It grows anywhere, like weeds. So anyone can pick and eat it. Rich or poor, anyone can enjoy it and be healthy. Minari can be put in kimchi, put in stew, put in soup. It can be medicine if you are sick. Minari is wonderful, wonderful!”

While watching it, I was struck by the same feeling I had as watching Terrence Malick’s The Tree of Life back in 2011. At the surface level, both have beautiful, light-filled cinematography that harkens back to a different era and evoke an almost-spiritual feeling, especially when viewed in their totality. But unlike The Tree of Life, Minari is grounded by characters with flesh-and-blood problems, weighed down by the burdens of the world, rather than being ciphers and ethereal beings.

“For me, the film comes down on the side of hoping for the best in each other,” Chung said in a statement. “The thing I most wanted was to let people into this family’s world with sincerity and honesty, and without judgment of anyone in it. There’s so much more drawing us together as human beings than the superficial categories we have created. For some, Minari might be a chance to see a Korean American finally telling our story, but I have found these characters mean just as much to people from Arkansas — or from New York, or anywhere.”

Watching Chung’s film, I was drawn into this world — familiar to me but just outside my experience. It’s a needed film, especially in the rise of violence against Asian-Americans, showing the connections between us all, struggling toward a brighter future and a new day.