Three Razorbacks on the 2019 Hall of Fame Ballot 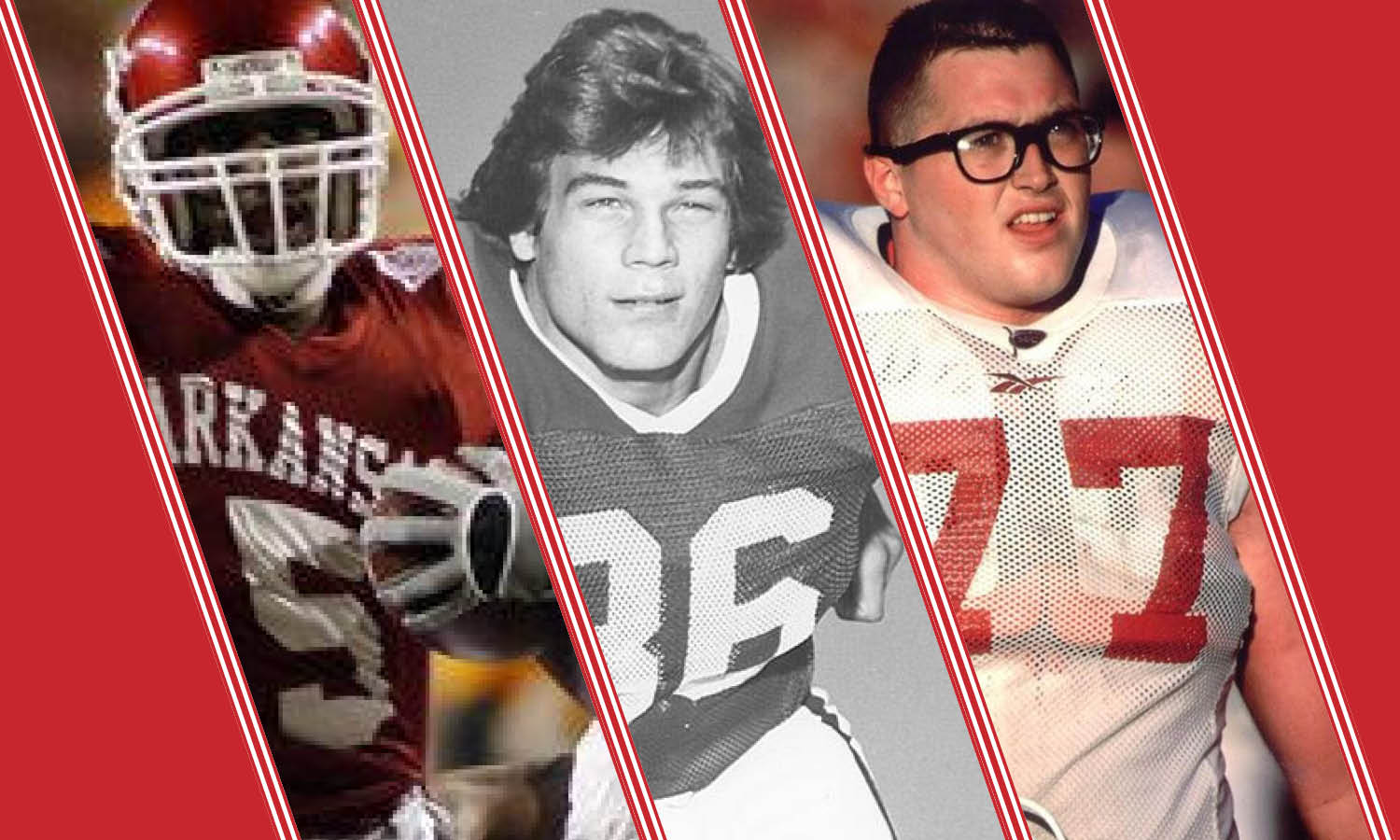 The College Hall of Fame announced its 2019 ballot on Monday. The ballot his highlighted with some of the biggest names from the game, including three University of Arkansas legends: Darren McFadden, Dan Hampton and the late Brandon Burlsworth.
McFadden, a two-time First Team All-American, was a start running back for the Razorbacks from 2005 to 2007. The Little Rock native was also a Heisman Trophy runner up in 2006 and 2007.
More than a decade after entering the NFL, McFadden remains the Hog’s all-time rushing leader with 4,590 yards. He also holds school records for rushing touchdowns (41) and 100-yard rushing games (22). He was the first SEC running back since Hershel Walker to rush for 1,000 yards in each of his first three seasons.
Its McFadden’s first appearance on the hall of fame ballot.
Hampton, a four-year letter-winning defensive tackle, played for the Razorbacks from 1975 to 1978. Playing for both Frank Broyles and Lou Holtz, Hampton amassed 239 tackles and 126 unassisted tackles.
Hampton was a AFCA First-Team All-American in 1978, and helped the Hogs finish third in the nation in 1978.
Burlsworth, who’s live has been immortalized in a major motion picture, came to the University of Arkansas as a walk-on in 1995. The Harrison native lead the Razorbacks to two SEC West division championships in 1995 and 1998.
Burlsworth was a First-Team All-American in in 1998, and was drafted in the third round by the Indianapolis Colts. His No. 77 was retired in 1999, following his untimely death. He was inducted into the Arkansas Sports Hall of Fame in 2002.
To be eligible for the ballot, former players must have been named a first-team All-American by a major/national selector as recognized and utilized by the NCAA for their consensus All-America teams; played their last year of intercollegiate football at least 10 full seasons prior; played within the last 50 years and cannot be currently playing professional football.
According to the University of Arkansas, 19 former Razorback players and coaches have been inducted into the College Football Hall of Fame. Previous inductees from the University of Arkansas include Coach Broyles, Lance Alworth, Loyd Phillips, Ronnie Caveness, Jimmy Johnson, Clyde Scott, Billy Ray Smith Jr., Wayne Harris, Coach Holtz and Coach Danny Ford.

Bentonville Bumps to Fifth Fastest-Growing City in the U.S.
May 22, 2020

Virtual 5K Race Will Honor Healthcare Heroes in Arkansas
May 22, 2020

Little Rock Organizations Band Together to Provide Meals for Students in Need
May 22, 2020