Tiffany to Perform at Park Plaza 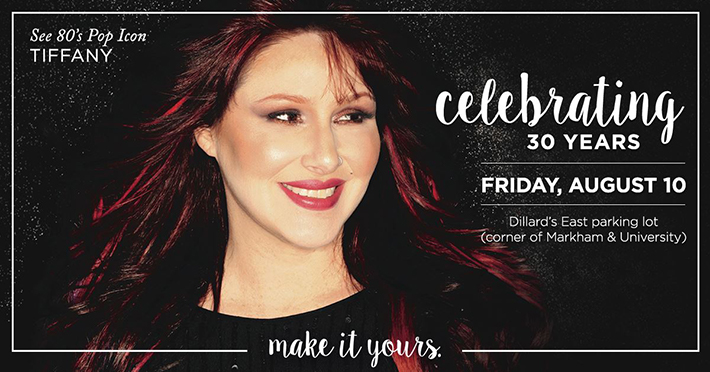 ‘80s pop icon, Tiffany, will be making a special appearance at Park Plaza Mall on Friday, August 10. The party will kick off with a DJ playing some of your favorite ’80s hits at 6 p.m., then she’ll perform at 7 p.m. near the corner of Markham and University as part of Park Plaza’s 30th anniversary celebration.
The concert is free and open to the public, but attendees are asked to bring two canned goods to donate to CANstruction, which will benefit the Arkansas Foodbank.
Other anniversary festivities will also take place over the weekend, including ‘80s makeup sessions and back-to-school fashion shows.