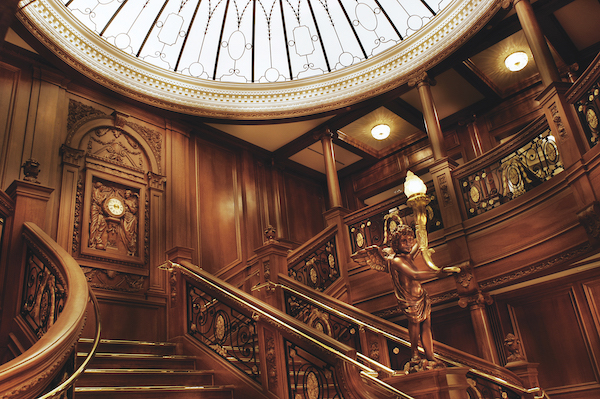 On a cold April night, the largest ship of its time sailed through the dark waters of the Atlantic not knowing that its fate would soon end in terror. Life for the 2,208 passengers and crew on board that ship would never be the same again, and for most of those, life ceased to exist. This ship is infamously known as the Titanic, the vessel that now sits at the bottom of the ocean, frozen in time.

The Titanic first set sail on April 10, 1912, making this year the 110th anniversary of its maiden voyage. The Titanic Museum Attractions in Branson, Missouri, and Pigeon Forge, Tennessee, plan to commemorate this anniversary with a musical tribute to the RMS Titanic.

“We’re excited to bring the Titanic story to life in music,” says Mary Kellogg-Joslyn, Titanic Museum Attraction’s president/CCO, co-owner and executive producer of this original Titanic Musical Tribute. “We hope you’ll join us at our museum in Branson or Pigeon Forge on April 10, 2022 — the very same day, 110 years ago, that Titanic sailed for America.”

The music and song collaboration will be recorded for playback and will be free to view on the museum’s YouTube, Instagram and Facebook pages. Kellogg and Danny Griffin, music director and professor at Crown College, have designed dramatic settings throughout the ship on and above the Grand Staircase, in the Music Room and in the Memorial Gallery.

The Titanic Museum Musical Tribute Concert will be available for viewing from Sunday, April 10 to midnight on Friday, April 15. Find more information on the museum’s website.

READ MORE: The Magic of Titanic