To Save A Child: Children’s Advocacy Centers of Arkansas 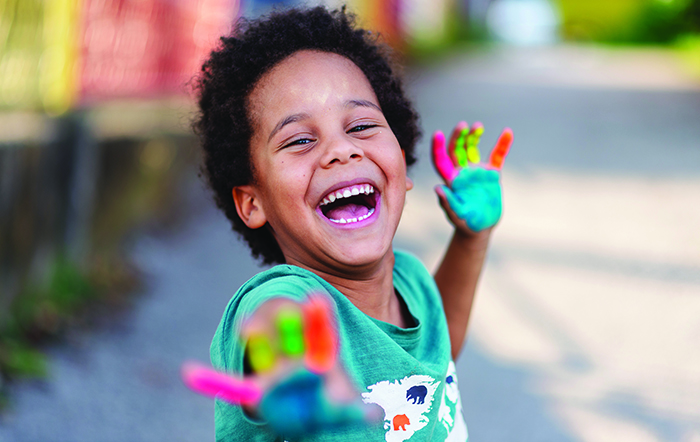 To Save A Child: Children’s Advocacy Centers of Arkansas

A disheveled 6-year-old, her hair tousled and falling in wisps around her pajama-clad shoulders, clutches a well-worn stuffed cat with both arms. She sits motionless in this very quiet room, her cornflower blue eyes darting jitterily this way and that.

She doesn’t understand what’s happening, why a lady she’d never seen before came to her house, scooped her up and carried her out to a waiting car. The seatbelt clicked, and the door closed before she awoke enough to even begin to process things.

On the way out, she saw Steve, her mom’s friend and the man who lives with them, being loaded into another car, the bright lights on top. Seeing him, she reflexively clutched the lady carrying her and bathed in the feeling of being aloft, like her oft-dreamed-of flying away from her daily reality.

She hears only muffled sounds here. She thinks she hears again the raging of her mother, but realizes it’s just memory ringing in her ears. She didn’t tell anyone about Steve, but she wonders if she’s in trouble anyway. A door opens.

“Hi, Jessica,” says another woman, gently. “My name is Marie.” 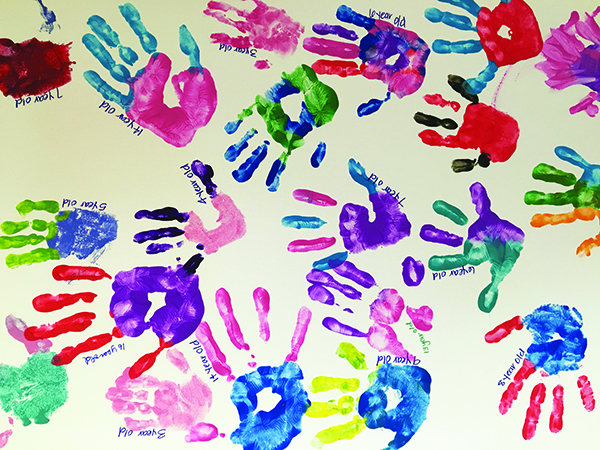 According to statistics by Aspire Arkansas, a project of Arkansas Community Foundation, there were 12 Jessicas for every 1,000 Arkansas children in 2019, kids reported to be abused or neglected. While that’s down from 15 per 1,000 in 2012, it’s still above the national average and ranks the Natural State 34th in the country in this sad category.

Boone (16.1/1,000), Jackson (15.7/1,000) and Poinsett (15.3/1,000) counties ranked highest in incidence, but there’s little difference between them and the nine other Arkansas counties at 10 per 1,000 or higher. It’s just two or three more Jessicas, give or take; children and youth whose innocence has been taken and whose lives have been fractured by the people who they were supposed to trust most.

Not to put too fine a point on it, but put among the 540 towns and cities in Arkansas, the population of abused and neglected children ranks higher than all but 39 communities in the state. Which means every 12 months, CACA serves the equivalent of Monticello in bruised, battered and molested juveniles, abuse doled out by kinfolk and household hangers-on alike.

But once there, inside one of CACA’s 17 bright and inviting centers or 10 satellite offices operating statewide, the process for getting help is at the ready and greatly streamlined. Telling their story once triggers all needed touchpoints and services, reducing the stress and trauma of pulling back the curtain on their nightmare.

“We provide a safe, child-focused and nonthreatening environment that helps meet the immediate and long-term needs of child abuse victims utilizing a multidisciplinary approach,” Pulley says. “When a young victim who has been sexually abused, physically abused or neglected arrives at a CACA location, they tell their story to a trained interviewer. The information gathered is shared with law enforcement and other team members.

“A needs assessment is then conducted to determine the victim’s medical and mental health needs. A family advocate is assigned to the child to ensure proper services are rendered to advance physical and mental healing and to provide guidance through the investigative and legal process. All CACA services are free to victims and their nonoffending family members.”

Jessica digs her chin into the top of her stuffed animal and fixes her gaze on her toes, poking out from the legs of her unicorn pajamas. She can still see a little of the purple glittery polish her older sister, Dana, painted on to match hers. That was before Dana left, before she ran away to escape from Steve. She misses her sister and wonders where she is right now.

Marie asks her questions about her family, asks her if she’s hurt, asks her about things Steve told her not to tell anyone or he’d kill them. She wishes her mom never met him, never let him live there. She wants it to be the way it was, the way it is for everyone at school. She’s sure if she just tried harder, picked up her toys faster, stayed quiet, her mom would love her more; more than she loves drugs anyway, or people like Steve.

“Jessica, honey, are you OK? Would you like a drink of water?” Marie asks. Her tone is so calm and gentle, Jessica raises her eyes and looks her in the face, as if she could see the sound of her voice like a sunset or Christmas lights. Jessica shakes her head. She’s ready to tell her story.

Kerry Moody and Sarah Beth Lowe have both lived lives a world apart from the children who walk through CACA’s centers. Not because they came from neighborhoods and backgrounds immune to abuse because there are no such things, but because they know that but for the grace of God they could have been any one of these children. And that moves them to be involved to help stem the tide of Jessicas all over the state. 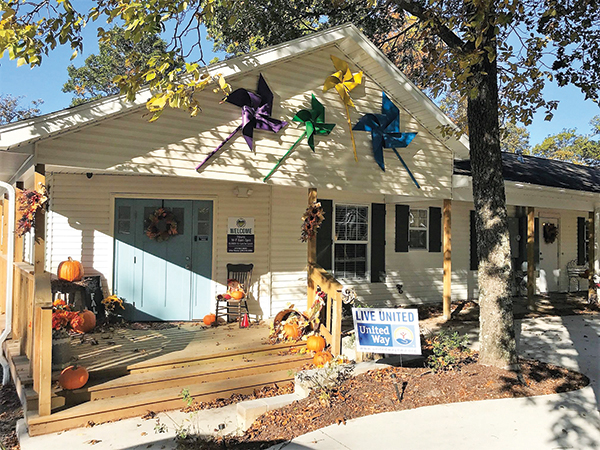 “We wish we didn’t have to have the centers, but we have to,” says Moody, Deputy Chief of Staff for Arkansas Attorney General Leslie Rutledge. “So, until there’s no reason to have any centers, we’re going to still keep trying to make sure we continue to do what we can to help break the cycle of abuse.”

For Moody and Lowe, this activism takes many forms, the most visible of which is as co-chairs for CACA’s annual Woman of Inspiration gala, the taproot fundraiser for the organization. Lowe says in addition to raising money to support current operations, there is always the desire to expand and bring services to as-yet underserved portions of the state. 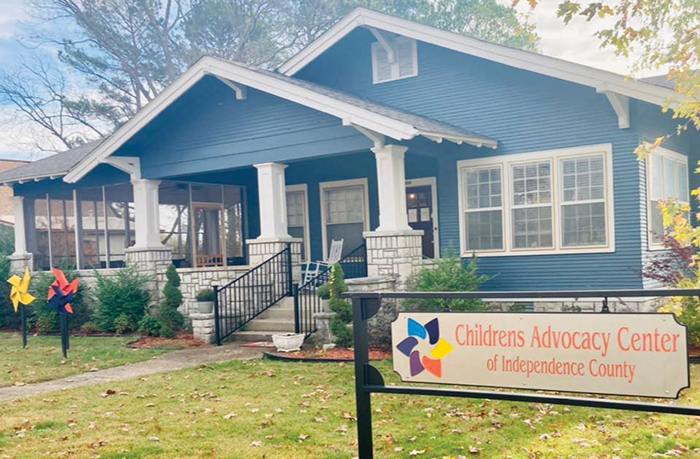 “Obviously, we hope to have more centers available, particularly in rural areas of the state, so that children and their families can access those centers,” she says. “We encourage everyone, if they can, to support their local center. It’s amazing what the individuals that work there see and do on a day-to-day basis.”

Lowe, a REALTOR® with The Janet Jones Company, knows firsthand how important the Woman of Inspiration event is, not only for spotlighting the organization’s work but for educating people on the prevalence of child abuse in Arkansas in the first place. 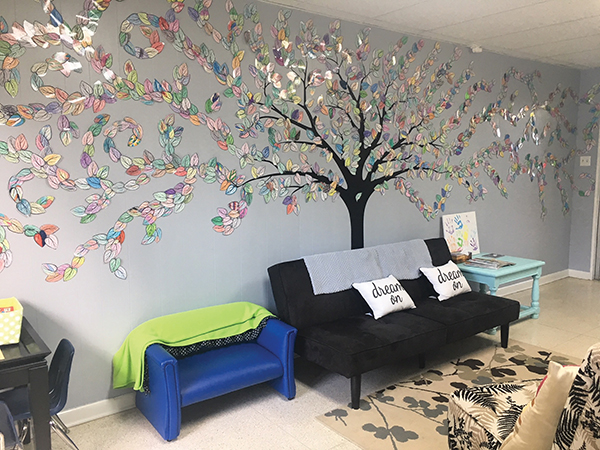 “My husband’s firm was a sponsor of the first event, and I attended with him. I heard from the honorees that year which happened to be, I believe, Jonelle Hunt, and two brothers who were both survivors,” she says. “The boys had actually been sexually abused by the same individual, and their families did not know.

“That was a moment where you realize, ‘I’m the mother of three sons, and I trust people. I trust leaders and coaches with my children.’ Hearing their story, I just thought, ‘Oh my goodness, this is prevalent everywhere, more than we even can begin to comprehend.’ Thankfully, I’ve personally not been through that, but it did open my eyes and from then on, I wanted to be as supportive as I could be of the organization.”

Seemingly everyone who comes to know CACA in this manner is similarly moved. Last year, when COVID-19 pushed the Woman of Inspiration live event to the sidelines, supporters responded to a virtual event to the tune of $100,000, indicative of the worth the wider community places on CACA’s work. 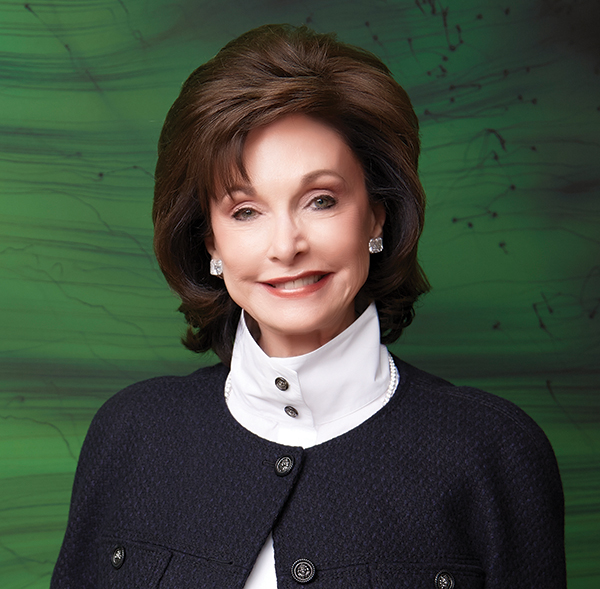 “Mrs. Jones has a long legacy of serving children in need through her philanthropic work. We are thrilled to recognize her commitment and support of our important mission to help our state’s children recover from abuse.” — Elizabeth Pulley

Now back on the live event calendar for 2021, Moody and Lowe are expecting big things from the gala, which includes a fashion show and will honor Gene Jones, a longtime advocate for children and wife of Dallas Cowboys owner Jerry Jones, as its Woman of Inspiration; and the Wade Knox Children’s Advocacy Center in Lonoke with its Blue Ribbon Award.

“We have had huge success with our sponsorships this year,” Lowe says. “Our goal was to reach out to companies that maybe we haven’t tapped into before, but were interested in helping. We had a goal of raising $400,000, and I know that we are over our targeted goal.” 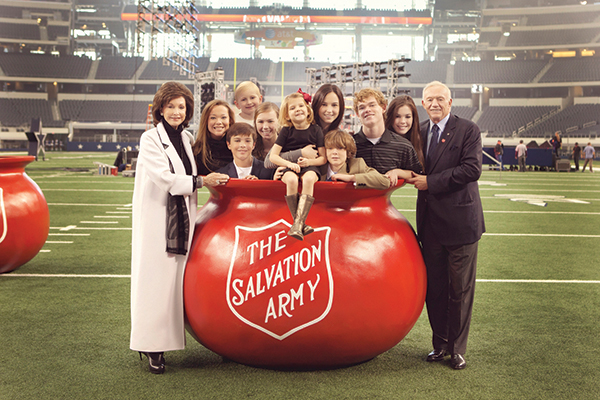 “Of course, we always want to raise more, so we’re shooting for the moon,” Moody chimes. “Our story is a story of hope and healing. ‘Hope and healing’ is kind of our mantra at Children’s Advocacy Centers, especially through our volunteers. Hope and healing are what we like to think we’re able to help provide.”