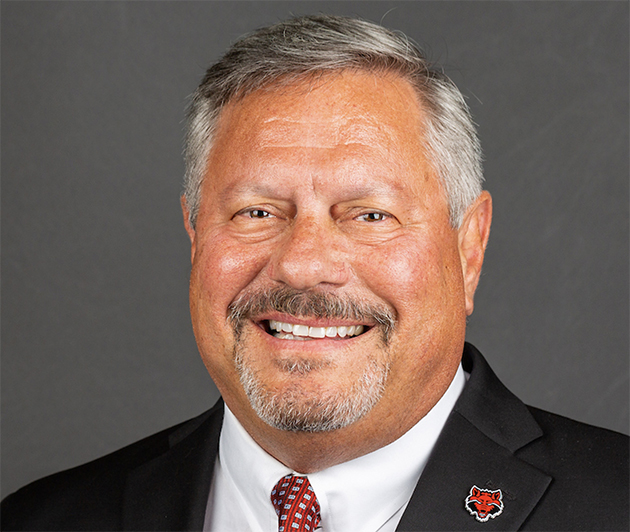 Tom Bowen is taking the reins of A-State’s athletics department, succeeding Terry Mohajir in the role. Mohajir departed A-State in February 2021 to take the role of vice president and director of athletics for the University of Central Florida.

A-State officials will formally announce Bowen as the new vice chancellor of intercollegiate athletics during a press conference on Thursday, March 11, at 11 a.m., at Centennial Bank Athletics Operations Center.

Bowen will be the 12th athletics director in Red Wolves’ history.

“We were blessed with an extraordinary pool of applicants, which spoke volumes about the way our position is viewed nationally,” Arkansas State University System president Dr. Charles Welch said in a statement.  “Tom Bowen continued to rise to the top because of his experience of almost 15 years as a sitting AD and his very strong track record of managing and leading university athletics departments.  From fundraising success, to student-athlete academic success, to fiscal management, to facilities and program growth, Tom Bowen has excelled at every level, and we are extremely excited about the future of our athletics program under his leadership.”

For the past two years, Bowen has served as the president and founder of Bellwether Athletic Leadership Strategies. He previously served as the director of athletics at the University of Memphis from 2012 to 2019 and at San Jose State from 2004 to 2012.

He has also served in athletic administration roles at the University of California and at Saint Mary’s College. Bowen also served as the director of community affairs and executive director of the 49ers Foundation for the San Francisco 49ers.