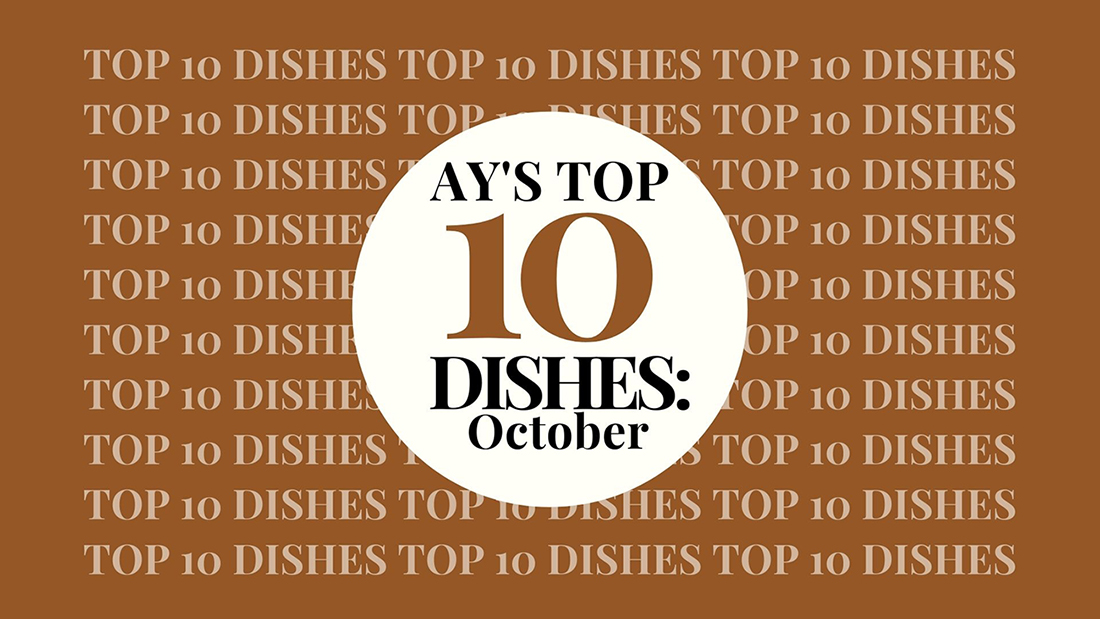 At the end of each month, I will take a look back at all of the wonderful things I have eaten over the past 30 days. Here are my Top 10 Dishes in October. 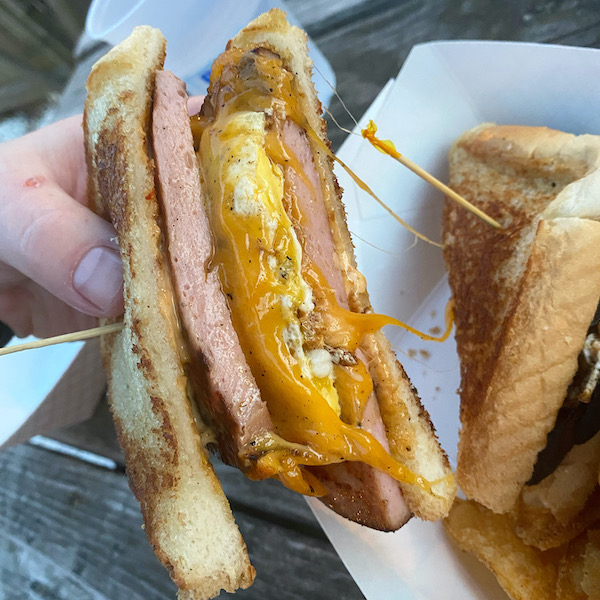 Just about everything I tried from a recent patio dinner at the iconic White Water Tavern was impressive, but none more so than the night’s special, a smoked bologna sandwich with a fried egg, cheddar, and sriracha mayo. Bologna snobs need to chill out and give this sandwich a try, mainly because the smokey, thick-sliced, hot dog-ish slab of meat is what we all need in our life.

The Cristo at Press Waffle Co. 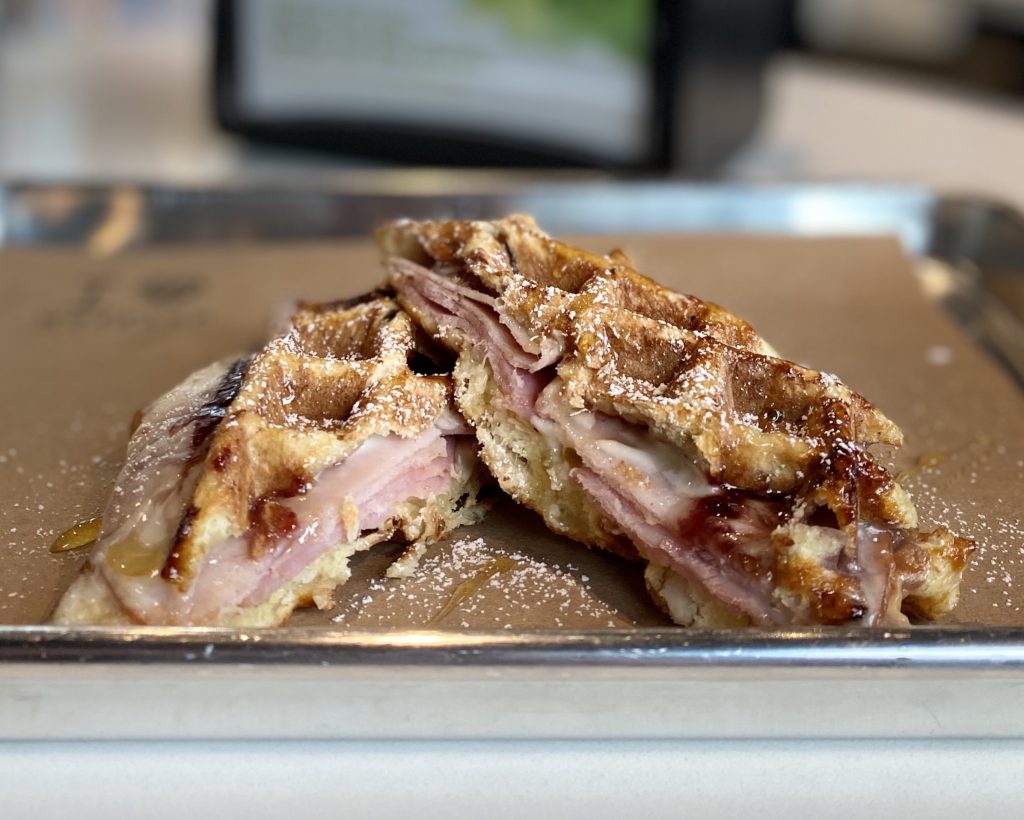 Folks are always asking me about where to find a good Monte Cristo sandwich (RIP Bennigan’s). Well, I can now recommend the one at the newly opened Press Waffle Co. Their version comes with waffles, of course, along with smoked turkey and ham, white American cheese and blackberry jam. It’s a little sweet, a little salty, and just an overall wonderful treat. 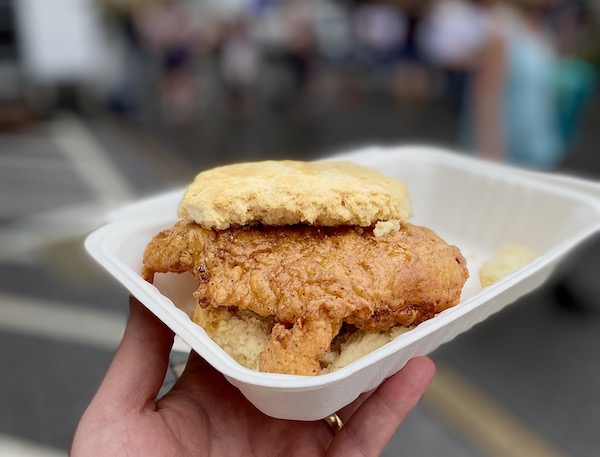 Glad I found the Delta Biscuit Company food truck at this year’s Main Street Food Festival, as the fried chicken biscuit sandwich with honey proved to be a nice way to start a morning of eating. I loved everything about this sandwich, but the fried chicken filet was particularly delicious — super crispy and the chicken itself was so juicy.

Shrimp Etouffee at The Cajun Trouxth 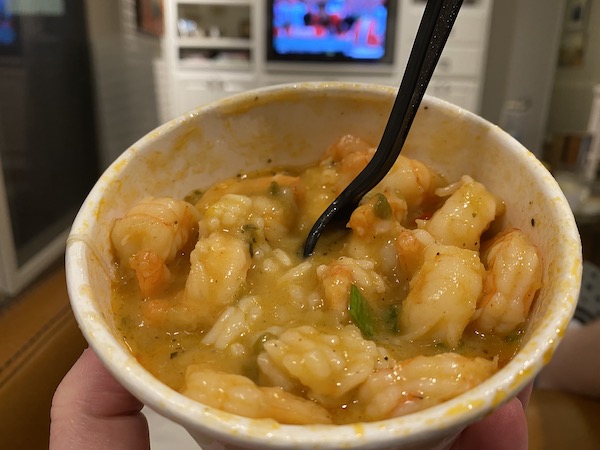 The shrimp etouffee from The Cajun Trouxth was another hit from this year’s festival. I’ve had this dish numerous times, so this wasn’t a surprise, but rather a nice reminder that Charles Gilmer and his crew crank out some of the better Cajun food in the area. The blond roux, fluffy rice and plump shrimp make this dish one you should seek out. 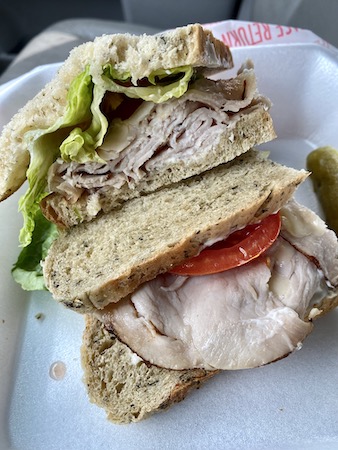 Sometimes the simple things in life are the best, like the Dave’s Special, a no-frills sandwich with a pile of shaved turkey breast, Swiss cheese, mayo, lettuce and tomato, all on spinach-feta bread. Dave isn’t stingy with the turkey, and I love how it’s warmed up, which then helps melt the Swiss cheese just a bit. I’m sure they’ve served thousands of these sandwiches, and for good reason, as it always hits the spot. 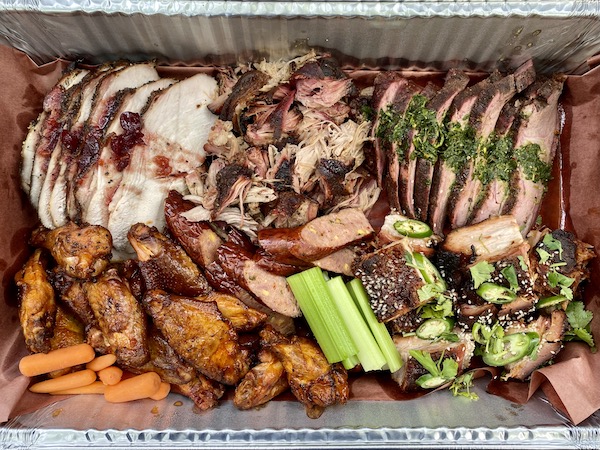 Check out that spread of barbeque. Job well done, Rocket 88 BBQ. But out of all the wonderful items in the picture, the pulled pork reigned supreme. The subtle smokey flavor, nice bark and tenderness of the meat make it a shining star in a selection of offerings that are all already good, but I have no doubt will continue to improve as time goes on. 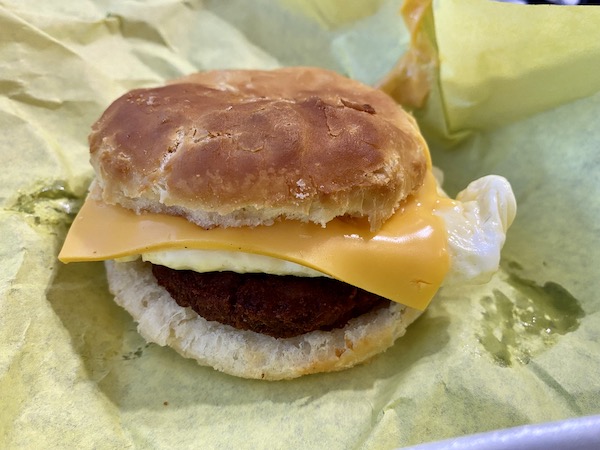 If you haven’t noticed, I am a little sandwich-heavy on this month’s list. Of well, I enjoy a good sandwich, and as I recently found out, Andy’s serves one of the best in town. The biscuit itself is insane — so light, so buttery, and it doesn’t crumble into a pile of rubble after two bites. The sausage patty is adequate (I’m told to order the steak next time), but the scrambled eggs and American cheese seal the deal on this sandwich’s awesomeness.

The Pantry Board at The Pantry 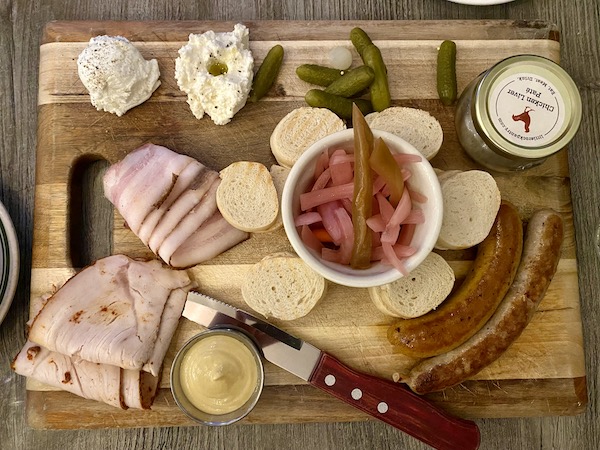 If I eat The Pantry Board, there’s a 99 percent chance that it will end up on this monthly list. It’s that good, and frankly, I’ve yet to find a charcuterie board in this area that comes anywhere close to it. For $24, you get smoked turkey, Hungarian sausage, brats, smoked pork belly, terrine, pickled veggies, house-made ricotta, goat cheese and slices of baguette. 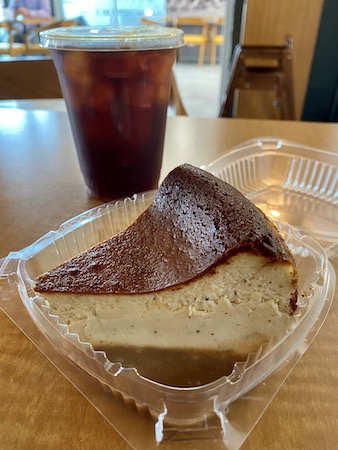 Fidel & Co’s basque cheesecake with its authentic “burnt” top is as good as any cheesecake I’ve found in this area. And yes, while it’s very different than the one at The Pantry, it might be a touch better. That’s high praise. This cheesecake isn’t as dense as it first appears. Instead, there’s a subtle lightness that gives each bite an almost pillowy texture. Also, props to Paige Russell (the baker) on her inclusion of a spiced caramel sauce. Keep an eye out for this cheesecake, as it’s not offered every day at the shop. 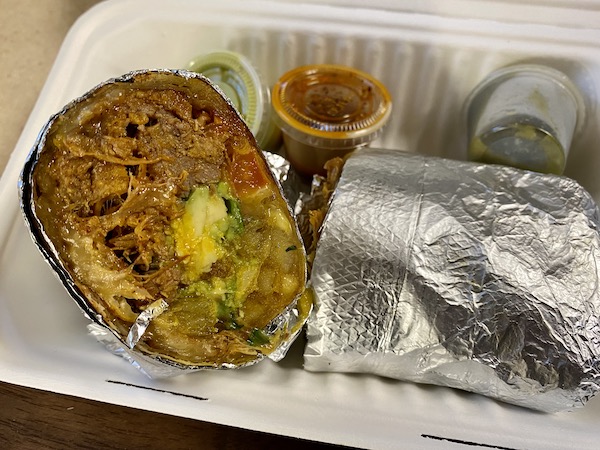 I am always on the prowl for top-notch burritos. Lili’s makes one. Their California burrito is done right, which means it actually includes fries, and while the potatoes are great, it’s the slow-roasted pork (cochinita) that truly separates this burrito from the pack. Find this truck and order this burrito. You will not be sorry.