Each night from 5:30 to 10 p.m. from December 8 to January 14, the Arkansas State Fairgrounds will be alight with more than 30 sets of larger-than-life light sculptures. And the event doesn’t just feature lanterns — in addition to the giant lit-from-within pandas, dragons and more, you’ll find nightly performances, authentic Chinese handicrafts and food and drinks. The event is presented by Tianyu Arts & Culture, Inc. Adult tickets are $15 each, while a family pack of four costs $40.

Start the new year divinely. The Shen Yun Performing Arts company will bring a team of dancers to the Robinson Center Music Hall for a matinee and an evening show on January 1. Shen Yun means “the beauty of divine beings dancing” – an appropriate name for the world’s premier classical Chinese dance and music company. Tickets range from $80 to $150.

The 2018 racing season begins January 12 at Oaklawn. Every weekend from January to mid-April, you’ll be able to spend your days at the races. It’s been that way at Oaklawn since 1904. Whether you’re eating “the best corned beef sandwich in the universe” or placing your bets, you’re sure to have a grand old time. Racing gates open at 11 a.m.

Doors open for Katy Perry and Carly Rae Jepsen at 6:30 p.m. on January 12 at Verizon Arena. The show starts at 7:30 p.m. The stop in North Little Rock is one of many on Perry’s Witness: The Tour. Tickets range from $50.50 to $130.50, but the event description assures readers that there won’t be “a bad seat in the house” due to Perry’s “dramatically original staging.”

Does your New Year’s resolution involve staying fit? Then head down to Camden for the Chilly Cheeks 10K Run. Admission is $30 if you register in advance; if you enter on the day of the race, it costs $35. Registration begins at 7:30 a.m. and the race starts at 8 a.m. The overall winner gets $100.

Get a taste of Celtic culture at Stepping Out, a performance by Dublin Irish Dance. Head to the East Arkansas Community College Fine Arts Center at 1700 Newcastle Rd. in Forrest City to see accomplished Irish step-dancers and musicians. If you’re a fan of Riverdance or Celtic Woman, you may see some familiar faces in the ensemble. Admission is $39. The show starts at 7:30 p.m.

Join the Fort Smith Symphony for a music-filled evening in Northwest Arkansas at Romantic Echoes. The concert begins at 7:30 p.m. in the ArcBest Performing Arts Center. Enjoy pieces by composers Béla Bartók, Camille Saint-Saëns and Robert Schumann, including Schumann’s Symphony No. 2 from the early Romantic period.

Dancing With the Stars “Washington Style” | Washington | January 20
Join the staff at Historic Washington State Park from 7 p.m. to 9 p.m. as you learn about dance throughout history — and go home with a few new skills. Dance the night away learning the Virginia Reel and other historical dances. You can dress in casual or period clothing. Admission is $18 for couples and $10 for singles.

See American history play out before your eyes during this production of Freedom Riders. Through original songs and music, this play explores the events of the Civil Rights Movement, concentrating on the role of the Freedom Riders, who traveled across state lines to challenge racism and segregation. Student matinees are at 9 a.m. and 11:30 a.m 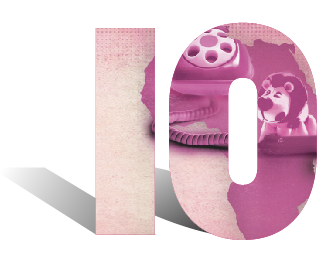 In this production from the Arkansas Repertory Theatre, Annie and Peter, an American couple in their late 30s, decide to adopt a baby from Africa and get more than they bargain for. Life is not always simple and neat, as Annie and Peter learn. Tickets start at $45.