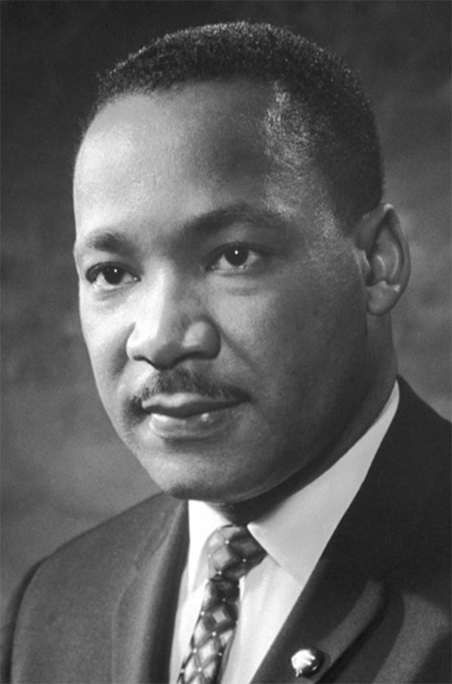 On the only federal holiday designated as a national day of service, we remember the man with the inspiring voice and movement to end hatred: Martin Luther King Jr.

King, a Baptist minister, found himself not only called to serve the church, but to serve the scorned and abused Black community in his city as well as across the nation. As president of the Southern Christian Leadership Conference (SCLC), a group organized by himself and fellow civil rights activists, King traveled the country and around the world giving lectures on nonviolent protests and civil rights for the purpose of encouraging equality and ending the evil actions of racism.

The 1960s were a pivotal moment in civil rights as King became an influential face and voice to many protests taking place during this time. He wrote books and articles sharing his ideology and was heard by a large number of Americans. He was an incredible force against segregation as well as many other social issues such as war, American multicultural poverty, and class consciousness. King called for a closer look into the injustices of America and strived to make the necessary changes happen.

Tragically, King’s mission ended all too soon in 1968 on a balcony in Memphis. The following days, weeks and months of his assasination showed how influential King was to Americans as riots erupted across the country and President Johnson declared a national day of mourning.

Today, we remember the man who spoke for those who could not and reflect on how his legacy and words live on. The movement he led is still marching, and his voice is still ringing.

The following ten quotes are only a snippet of Martin Luther King Jr.’s life.

READ MORE: A Fight to End the Fight