The same five are accountable for men’s deaths, too, but the sad truth is that women are dying at a much higher rate than they should be. They’re not prone to more diseases than men. Their diseases are not more complicated or deadly. The problem is that women, in general, are ignoring their own health to take care of others. They’re not noticing the signs. They’re not getting regular checkups, and by the time they realize something is wrong, the disease is so far down its path that it has become life-threatening.

“Women are diagnosed at a later date; that’s the problem,” Dr. Appathurai Balamurugan says. “We talk about early detection being important for any disease. Unfortunately for women, it’s like a double-edged sword. They live longer, but because so many women act as caregivers for their aging parents, spouses and children, they neglect themselves and tend to be diagnosed later with disease.” 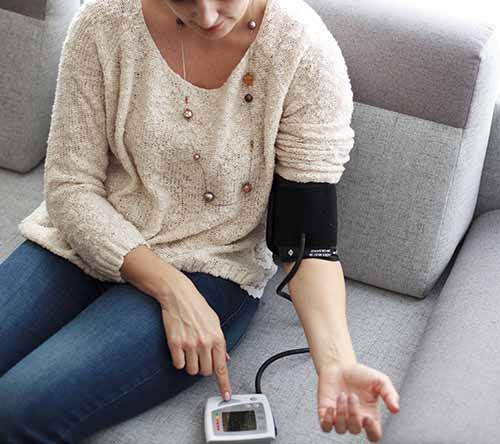 Dr. Balamurugan  — who goes by “Dr. Bala” — is the family and preventive medicine physician and deputy chief medical officer for Arkansas Department of Health. He explains that this is the reason heart disease remains the leading cause of death for women.

On top of neglecting their own health, there is also the problem that a heart attack often looks different for a woman than for a man. This makes it hard for many women to recognize the signs of a heart attack. Men complain of chest pain leading to the left arm or feeling breathless, but women tend to just feel tired. They may not have the chest pain men do; instead, they might feel pain in the back.

“There’s a large need for education among women in Arkansas and across the nation,” Dr. Bala notes. “Women experiencing heart disease can feel extreme fatigue, drained or feel hopeless,” he explains. They might dismiss these symptoms along with their back pain as unimportant. Seeing a doctor or going to the hospital to check for heart disease could save a life.

Alzheimer’s disease, on the other hand, is no different in the way it progresses among men and women. The problem is it is caught much later in women than in men because women tend to focus more on their daily obligations and put their symptoms on the backburner. “Women need to be as focused on their self-care as they are on their loved ones’,” Dr. Bala notes. There’s no cure for Alzheimer’s disease, but there are screening tests that family physicians can perform. Patients at risk can be referred to a neurologist who can prescribe medicine or lifestyle modifications that slow the progression of the disease. 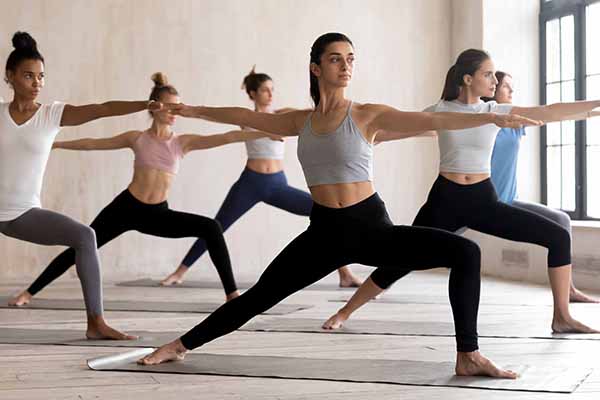 As far as cancer and respiratory disease is concerned, Dr. Bala believes tobacco plays a big role. “Men historically, until the 1990s, smoked more than women,” he says. “In the ‘90s women smoked as much as men. The tobacco companies catered to them with Virginia Slims and ultra light cigarettes. [Today] we’re seeing a lagging effect. Now we’re seeing more women with lung cancer and other chronic lung diseases. Cancer usually doesn’t develop until 20 years later.”

In this case, prevention is more important than knowing the signs. The most important thing a woman can do to avoid lung cancer or another chronic respiratory disease is to never smoke. The Arkansas Department of Health has a program called Be Well Arkansas that helps people quit smoking for free. Call 833-283-WELL (9355).

Tobacco use is also a big risk factor for strokes. But the biggest factor, however, is high blood pressure. Contrary to popular belief, women are as susceptible as men to develop high blood pressure and hypertension. “Historically there is a myth that if a man is angry, he has high blood pressure,” Dr. Bala says. “That’s a myth. Women are just as likely, and it can lead to a stroke or heart attack if the blood pressure is not under control.” He suggests men and women have their blood pressure checked at least once per year and go to self-monitoring kiosks at store pharmacies in between visits to the doctor. Less or equal to 120/80 is a good number.

Heart disease is the leading killer of men and women in the U.S. It involves narrowed or blocked blood vessels that can lead to a heart attack, chest pain (angina) or stroke. Because the symptoms can look different for women, women often don’t recognize signs that they’re having a heart attack.

Most common general symptoms, according to the Arkansas Department of Health:

• Discomfort or tingling in the arms, back, neck, shoulders or jaw.

• Don’t smoke or use tobacco.

Cancer starts when cells grow out of control and crowd out normal cells, making it hard for the body to work the way it should. There are more than 100 different types of cancers, and it can be very hard to detect symptoms. Early signs can often look similar to less serious conditions, such as the flu.

Most common general symptoms, according to Cancer Treatment Centers of America:

• Pain that does not go away.

• Skin changes, such as a rash, redness, tenderness or swelling.

• Blood in the stool, urine, semen or sputum.

• Difficulty emptying the bowel or bladder.

• Changes in the appearance of the breasts.

• Bloating or a feeling of fullness.

Preventative measures, according to the Centers for Disease Control and Prevention (CDC):

• Regular breast, cervical and colorectal screening, as well as lung screening for people at risk.

• HPV and Hepatitis B vaccines.

According to the American Lung Association, smoking is the biggest risk factor for chronic obstructive pulmonary disease (COPD), which includes chronic bronchitis and emphysema. It increases your risk of both developing and dying from COPD. Approximately 85 to 90 percent of COPD cases are caused by smoking.

• Stop smoking; quitting is the single most important thing a smoker can do to live a longer and healthier life.

• Be aware of other dangers — air pollution, chemicals, dust and fumes at home and work.

Researchers believe there is not a single cause of Alzheimer’s disease. The disease likely develops from multiple factors, such as genetics, lifestyle and environment. Scientists have identified factors that increase the risk of Alzheimer’s. While some risk factors — age, family history and heredity — can’t be changed, emerging evidence suggests there may be other factors we can influence. Most individuals with the disease are 65 and older. After age 65, the risk of Alzheimer’s doubles every five years. After age 85, the risk reaches nearly one-third.

• Challenges in planning or solving problems.

• Confusion with time or place.

• New problems with words in speaking or writing.

• Misplacing things and losing the ability to retrace steps.

• Withdrawal from work or social activities.

• Changes in mood and personality.

Preventative measures, according to the Alzheimer’s Association:

A cerebrovascular accident (or stroke) occurs when the blood supply to the brain is cut off or when a blood vessel bursts. Without oxygen, brain cells begin to die. Death or permanent disability can result.

According to the CDC, up to 80 percent of strokes could be prevented by making healthy lifestyle changes. Since high cholesterol and high blood pressure increase people’s chances of having a stroke, eating foods that are low in sodium, saturated fats, trans fat and cholesterol is an important way to prevent strokes. People should also stay away from cigarettes, since smoking greatly increases the chances of having a stroke.

There are a few different reasons why women are more likely to die from a stroke than men. Women often overlook the main indicators of cerebrovascular disease. High blood pressure, for example, is a main risk factor, yet nearly one in three women with high blood pressure does not know she has it. Additionally, stroke risk increases with age, and women live longer than men. This explains why 6 out 10 people who die from strokes are women. Women are also twice as likely as men to experience depression and anxiety, and they often report higher stress levels than men. These mental health issues all raise a person’s risk for stroke.

Most common signs of a stroke, according to the National Institute of Neurological Disorders and Stroke:

• Sudden numbness or weakness of the face, arms or legs.

• Sudden confusion or trouble speaking or understanding others.

• Sudden trouble walking, dizziness, or loss of balance or coordination.

• Sudden severe headache with no known cause.

Preventative measures, according to the CDC:

• Be aware that certain types of birth control medicines may raise stroke risk in women with high blood pressure, especially if they smoke.

• Maintain mental health — particularly against depression, anxiety and stress which raise the risk for stroke.