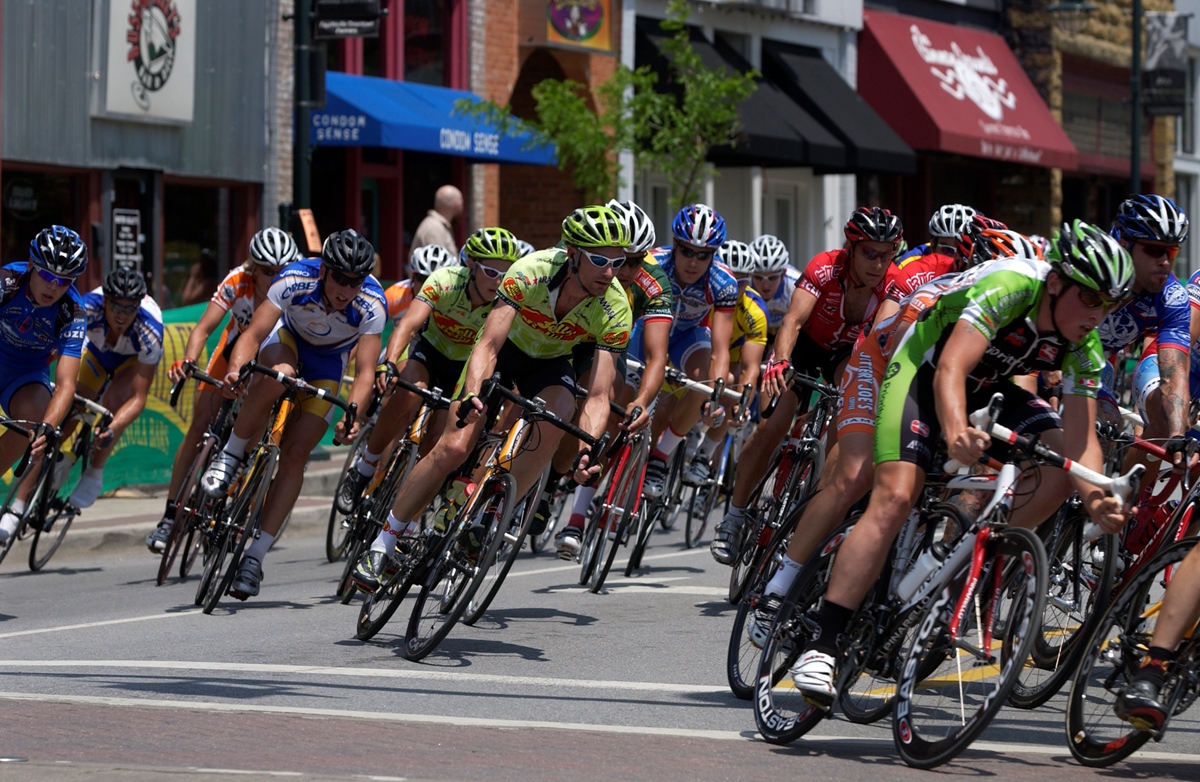 Jill Rohrbach, travel writer
Arkansas Department of Parks and Tourism
Professional and amateur cycling teams head to Fayetteville April 12-15 for the annual Joe Martin Stage Race. This four-day, four-stage race will host about 750 athletes from 27 countries and all 50 states.
The average cyclist’s training adds up to about 16,000 miles on their bike per year; more miles than some people drive their cars. The athleticism of cyclists, their close quarters on the course, the colors of their jerseys, and the sounds of bicycles whizzing by all play to the enjoyment of watching the race.
The event offers thousands of dollars in cash and merchandise for competitors. Stages for pro women and men and elite competitors are two road races, an uphill time trial and a criterium. Amateurs compete in a road race and criterium. Some stages take place in the downtown retail and entertainment district of Fayetteville. Others at Devil’s Den state Park in nearby West Fork.
A distinctive feature of the event is the Joe Martin Gran Fondo, which lets people sign up to experience the pro routes. Many tour rides do not have this unique feature of letting amateurs participate on the same course as the pros.
JMSR always includes a special event for kids ages 3-12 as well, including free kids ride and inflatables in a festival atmosphere on the final day. The last day is also a good time to meet the pro athletes.
The JMSR is a draw for top domestic and international cyclists, but it had humble beginnings. Joe Martin helped start it back in 1978 as a local event called the Fayetteville Spring Classic Bicycle Race. He was known for being all things cycling; operating a bicycle shop out of his garage and starting a bike team. After Martin’s death in 1988, the event was renamed the Joe Martin Stage Race. It is one of the longest, continually held races in the country.
This year it celebrates its 5th anniversary as an amateur race; 17th year on the USA Cycling Professional Race Tour; and the 5th year on the Union Cycliste Internationale America’s Tour calendars. The Professional Race Tour is the pro and elite amateur cycling tour of USA Cycling and JMSR has become one of its premiere events.
It’s definitely a unique event for the city, state, and nation. The race is one of only 25 of these types of events in the country. Less than 10 of them are internationally sanctioned and only four are national and internationally multi-stage races.
The Tour de France is the most famous example of a stage race, in which the cumulative time at the end of the stages determines the winner. Stage races can last anywhere from three to 25 days.
Check the JMSR website, www.joemartinstagerace.com, for race schedule start and finish times, spectator viewing spots, race locations and routes, and more.