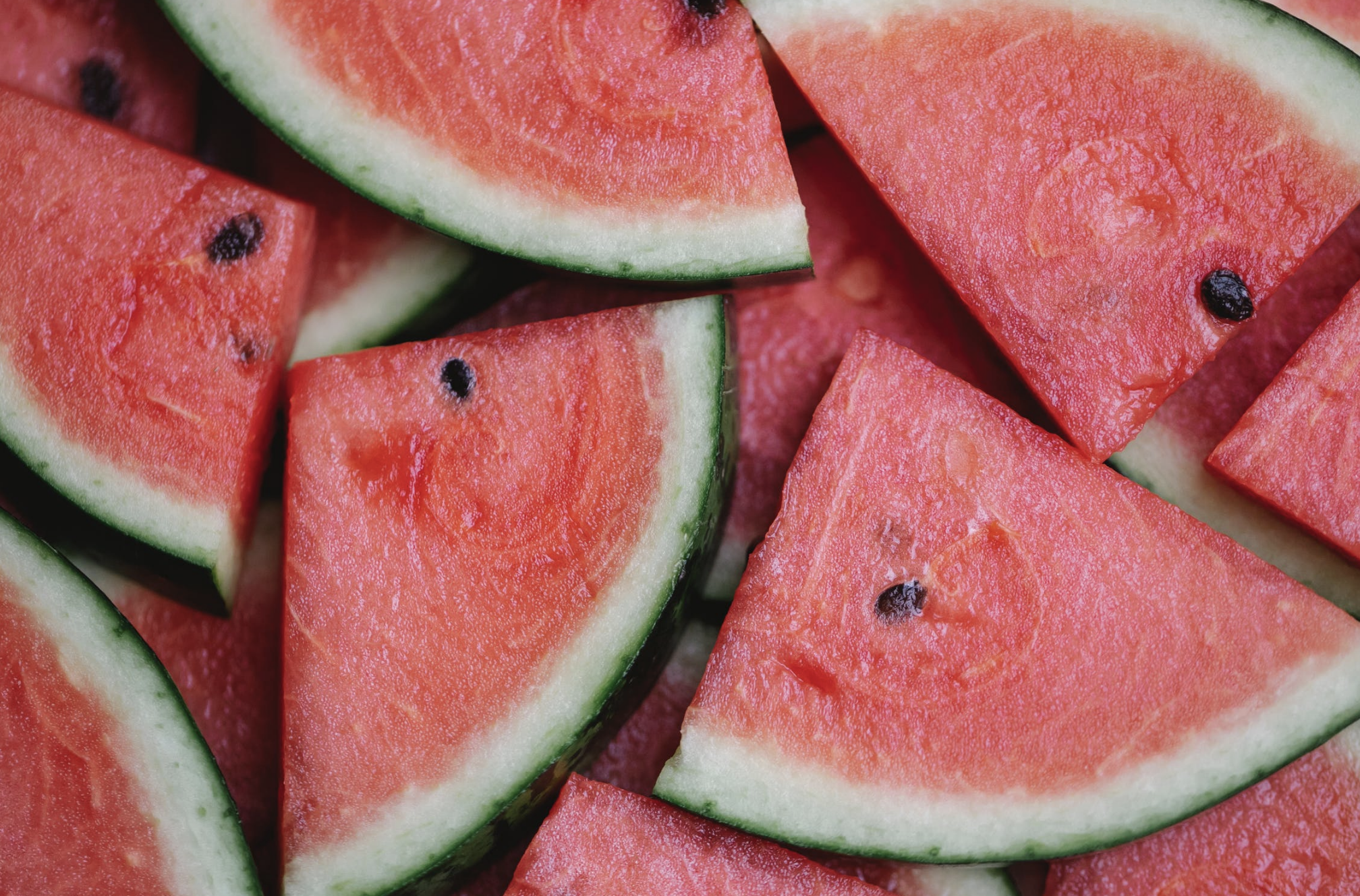 Listen to Heather Baker talk this morning on 103.7 The Buzz, below.

The Tontitown Grape Festival is a week-long event that’s been around for 122 years. The signature stomping of the grapes, Italian spaghetti dinners, the coronation of the Queen of Concordia is in store along with so much more. The event has full schedules each day, and the best part is that everything is free. Concerts will take place each night (also free to attend) with performances by Phil McGarrah & Runnin’ on Empty, The Repo’d Trailers, Divas on Fire and more. Check out the full schedule to see which activities interest you the most, or just go to all of them!

Nothing pairs better with warm weather than a cold root beer float, and War Eagle Mill has just that. Head out to the Mill at 11 am on Friday, August 6 for a buy-one-get-one-free root beer float.

Where: The Main Street Station

In commemoration of the 76th anniversary of the American bombing on Hiroshima, Arkansas WAND, Arkansas Coalition for Peace and Justice, Arkansas Peace Week, Pax Christi Little Rock and students from Pulaski Academy have organized a night of remembrance for the lives lost in Hiroshima. The event is a reminder for society to reflect on the perils that come with living under the threat of nuclear warfare.

What: Bluegrass and Fried Chicken

The Ozark Folk Center may have the perfect recipe for one of the last weekends of the summer: live bluegrass music and fried chicken. For two nights, Friday and Saturday, the Ozark Folk Center State Park is hosting a number of local bluegrass bands, artisan vendors, craft demonstrations and fried chicken fresh off the heat from the award-winning Skillet Restaurant located in the state park. Some bands that will be in attendance include the award-winning and Grammy-nominated Po’ Ramblin’ Boys, the recently formed Veteran band Fast Track, Ozark Legacy and many more that will get your feet moving. Concert tickets are $25 for Friday night and $35 for Saturday night. Tickets will cost an additional $5 when purchased at the park during the festival. The fried chicken buffet is $10 for breakfast, $12 for dinner and the Craft Village is free for guests to enjoy all weekend. Find the full schedule for the festival here.

What: Rumble on the River Bass Team Tournament

Take a drive, or float, to the Ouachita River in Camden for Rumble on the River. There is over $10,000 available in prize money, and first place will receive $5,000 of that total. Launch is at 6 am at either the Riverwalk Park boat ramp or down the road at the Sandy Beach boat ramp, and weigh-ins will begin at 3 pm at the Camden News parking lot. Entry fee is $125 per boat with a 2 person per boat limit, and you can register online here or in person at the Camden Area Chamber of Commerce. Registration ends at 8 pm on Friday, August 6, so hurry and get your name in there!

Get excited for the first-ever Elkfest! This event is a fundraiser for the Elkins Police Department’s Shop with a Cop program. From 9 am to 12:30 pm, there will be a car show including motorcycles, side-by-sides and tractors. Other activities include a silent auction, FowlCo Retrievers dog demo, vendor fair, history project, balance dance showcase, and a movie in the park to end the night. Free to attend, and all proceeds collected from the event will go toward the Shop with a Cop program. Find the full schedule of events here.

What: Out Days at the Zoo

The Little Rock Zoo is celebrating Pride all day August 7 through a series of events for the LGBTQIA+ community in Arkansas. Tickets will be sold at the zoo for $6 – you only need to let them know you’re part of Central Arkansas Pride. Make a reservation to guarantee your spot to celebrate!

To help support Saber Life Foundation, an organization that provides trained service dogs to individuals in need, Pig Trail Harvey Davidson has organized the first-ever Pups Poker Run. There will be a 150-mile poker run, a raffle for the chance to win a Harley-Davidson Road King amongst other big prizes, guest speaker Officer Tyler Franks of Prairie Grove with his service dog, Dale and guest Gracie Key with her service dog, Amos. Both Dale and Amos were trained by Officer Franks’s father, Tim Franks, owner of On Command K9 Academy. All donations will go toward the Saber Life Foundation. Go out and learn more about the importance of service animals.

Where: Wildwood Park for the Arts

Wildwood Parks for the Arts hosts Community Days on the first Saturday of every month. This Saturday will be packed with children’s activities, organizations from the community, artists and performers. With the weather being so nice lately, this is a great time to explore the Wildwood trails, and head out to the water for some catch and release fishing. Free to attend!

Where: The Promenade at Chenal

For the first and third Saturdays of August, September and October for the Promenade at Chenal’s Hot Summer Nights. Lined up for the night are vintage and futuristic cars, live music and custom cocktails. You can receive a 10 percent discount off your dinner or retail purchase from participating businesses when you use the phrase “Pop My Hood.” Find the list of participating businesses here.

What: Lady A – What a Song Can Do Tour

Join Lady A at the Walmart AMP for the What a Song Can Do Tour. Tickets are $41 to $223 depending on your choice of seating. If you opt for the lawn, be sure to bring your blankets!

It’s time for the annual Miss Greater Little Rock/Miss Metro Scholarship Competition. The next two teens and two Miss candidates will be chosen to compete in next summer’s Miss Arkansas and Miss Arkansas’ Outstanding Teen pageants. Admission is $10 at the door.

What: Punk Rock Menage A Trois

Vino’s is hosting a night unlike any other this summer with a trio of punk rock bands from around the state. Featured bands include Narrow Dinero, TV Preacher and The Imposters.

Where: The Rev Room

In benefit of Our House Shelter and the Downtown Little Rock Partnership, the Rev Room is hosting a night of live music and tasty drinks. Our House Shelter is an organization that empowers the homeless and near-homeless families and individuals through resources to help them find success in the workforce, school and life. Downtown Little Rock Partnership is a non-profit with a mission to help Downtown Little Rock continue growing through partnerships, revitalization and the making of strong leaders. The Memphis Soul Revue will start playing at 7:30 pm, and get ready because this band brings the whole package. Tickets start at $25.

What: Lil Baby and Friends

Lil Baby is coming to Little Rock and he is ready to party. Hurry and reserve your seats! Tickets are $70 to $518 depending on your choice of seating.

Join the Robinson Center in welcoming Arkansas’ own Ashley McBryde back to Little Rock for her “This Town Talks Tour.” Tickets are $28 to $38 depending on your choice of seating.

The NWA Comic Con is bringing the heat with vendors, artists, fan groups and an impressive list of guests. A few notable names include Ryan Hurst, Jim Cummings, Crimson Haze Cosplay, Matthew Wood and more. Pre-sale priced tickets ($25 per day, $40 for the weekend) are available for purchase until 11 pm on August 6. Kids ten and under get in free with a paid adult (limit two kids per adult paid ticket). Tickets will be sold at the event for a higher price.

Rescue Road and Bark Bar are partnering up for a foster family recruitment event. Volunteers from Rescue Road will be at Bark Bar to answer questions about short-term fostering and the benefits foster homes have on dogs looking for love and a home. Find out if fostering is for you on Sunday, August 8!

What: Foreigner — The Greatest Hits

Foreigner is making a stop at Simmons Bank Arena for a night to relive their greatest hits. This opportunity is rare nowadays, so get those seats reserved so you don’t miss out on the memories.

Drum Corps International is returning to Little Rock this year for the world’s most exclusive marching ensembles of musicians and performers. All the favorites, Troopers, Blue Knights, Crossmen and more, will all be in attendance to entertain the crowd and impress the judges. Tickets are $27, and can be purchased here.

This tournament might be played by the two-legged, but it’s the furry four-legs that will deservedly reap the benefits. Benefitting Central Arkansas Rescue Effort for Animals (CARE), Paws at the Net is a USTA sanctioned tournament as well as an Arkansas Cup tournament for singles, doubles and mixed divisions. There will be tennis matches, food, drinks and of course the stars of the show, adoptable animals. A silent auction will open at 5 pm on Friday and close at 6 pm on Saturday. Free for spectators to attend, and the full schedule for the weekend can be found here.

Where: Locations around Norwest Arkansas

The 7th Annual Geena Davis’ Bentonville Film Festival is back this year as a hybrid schedule including virtual and safe in-person events. With guest speakers, artists and an extensive schedule of films, the festival is ready to start some conversations. Prices vary depending on the film, and ticket passes are available from $175 to $375 that would include a number of tickets and car passes.

Thomas Lynch, lawyer and signer of the Declaration of Independence, was born on August 5, 1749.

Mary Ritter Beard, American historian (Woman as a Force in History), was born on August 5, 1876.

Hugh S. Johnson, American head of the National Recovery Administration and member of FDR’s Brain Trust, was born on August 5, 1881.

“Dr. Bob” Smith, physician and co-founder of Alcoholics Anonymous, was born on August 8, 1879.