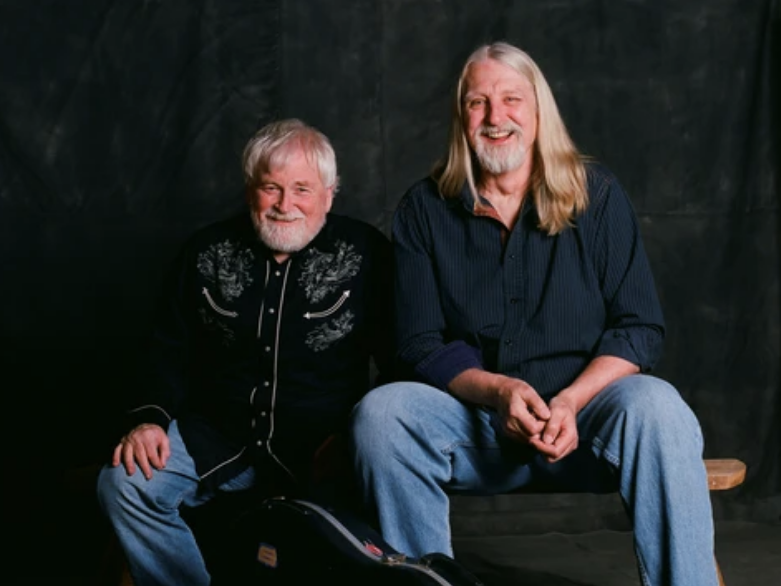 Listen to Heather Baker talk this morning on 103.7 The Buzz, below.

What: Rock It! Lab

Join the folks from CALS and Advancing Black Entrepreneurship for their new partnership, Rock It! Lab. This space was designed to promote entrepreneurship for individuals in under-resourced communities. Aspiring business owners will be able to have access to all the resources and free information they may need along the way. A few local favorites will be at the ribbon-cutting, so head out there to learn more!

A favorite duo from the 90s, Keith Grimwood and Ezra Idlet of Trout Fishing in America, is heading to Gulley Park for another Thursday concert. These two always deliver a fun show, so grab those chairs and blankets and get ready to laugh.

What: Party on the Patio

Have you already booked your seats at Copper Mule’s Party on the Patio? No? Well, you better hurry up because Cory Fontenot is rocking the patio tonight with songs from Tom Petty, Chris Stapleton, Rolling Stones and more. Direct message Copper Mule on their Facebook page to save your spot!

What: The Drive-in Laser Light Show

Cabin Fever is bringing their Drive-in Laser Light Show tour to Little Rock! The show features a mix of music genres, light projections, merchandise and a few surprises. Ticket prices are per carload, so fit as many people as you can into your car and get to the fairgrounds early for a good spot. Depending on which time you choose and whether you would prefer general parking, VIP or VIP front row, the ticket prices range from $20-$99.99. Find the tickets that work for you here!

The longest-running festival in the state, the Johnson County Peach Festival “Peachy in the Natural State” has days of events lined up for the community. Mama Tryde will be a featured performer for live music, and the number of vendors that will be attending is too many to count.

What: The Juice (Duo) Live

The Juice duo, Jim and Travis, will be performing at Cannibal & Craft in Little Rock. The duo is known for their loud personalities and fun covers of favorite songs from almost every genre of music. Order your favorite drink and sit back for a good night.

What: Mark Currey and 92 Days with Charlotte Taylor

Liquid Kitty is coming to Maumelle for a night of classic rock and dancing. It’s the weekend, so why not let loose with some good music? Get out of the house for some lighthearted fun.

The Wonder Abstract Art Gallery is officially opening! The gallery will have live music, refreshments and featured art on both Friday and Saturday. This event is free to attend, so there isn’t an excuse not to go.

The 53rd Annual Grannis Rodeo is here, and they have everything. Claira Morris will be attending Friday night for some trick riding, calf scrambles and money drops will happen both nights and all the classic events are lined up. A big event many rodeo fans look forward to each year, the Rodeo Royalty pageant, will crown its winner on Saturday night. Check out the full schedule of events! Admission is $6 at the gate and children under 4 get in free.

Where: Hot Springs Off Road Park

Youtubers Rock Solid Rig will be at the annual LA Wheelin for Warriors event hosted by Bayou Jeep Junkies. This event raises funds for “Our H.O.M.E.” and “CVMA 6-5” – organizations that provide assistance to veterans in the Northern Louisiana area. There will be wheeling, food, a raffle and guided trail runs throughout the weekend. Admission to the event is $60 per vehicle that includes a one year membership to the park, or $33 for vehicles that already have a membership.

A fun run in Jacksonville, the H2GO will take participants through a two-mile loop along Vandeberg Boulevard. Volunteers will help hydrate runners by cooling them off along the way with water guns and cannons. Runners will receive a participant bag and t-shirt to remember the wet run. Funds raised will support Alzheimer’s Arkansas provided education, support and financial assistance to Arkansas caregivers of individuals with Alzheimer’s disease and dementia. Registration is $20 — sign up quickly!

As part of “The Negro Motorist Green Book” exhibit at the Mosaic Templars Cultural Center, a walking tour is held once a month for May, June and July.  Starting on Ninth Street, the locations of First Missionary Baptist, Red’s Pool Hall and Dreamland Ballroom will be discussed. Learning about the Black history in this city is free of cost and rich in understanding. This is the last walk of the exhibit, so be sure to attend.

What: Not Just Another Comic Con Presents Day Camp 2021

Not Just Another Comic Con is a locally organized Comic/Horror Convention for all fans. Guest speakers include Amelia Kinkade and Paul T. Taylor. Sessions are split into two time slots: Session 1 from 10am-1pm and Session 2 from 2pm-5pm. There will be vendors, cosplay opportunities and photo-ops. Admission is $15 at the door per session, and the full schedule of events can be found here.

The Drasco Trading Post invites the community out to their free car and bike show. There will be music, food, door prizes and more in store for guests. Bring your favorite people for a day dedicated to our favorite cars and bikes.

103.7 the Buzz is teaming up with the Rock City Margarita Fest and the Great Arkansas Beef Fest for some classic summer partying. Sample as many margaritas, beers, wines and seltzers as your heart desires. Food will be available for purchases, and to top off the day of fun, there will be games, music, dancing and giveaways. Tickets are $40, and the ticket includes access to the festival and a tasting glass. Only 21 and older may attend. Ticket sales end on Friday, July 23.

What: The Amy Winehouse Experience featuring Jenna & The Soulshakers

The Amy Winehouse Experience is a tribute like no other. For only $12, you can relive the era that was Amy Winehouse. Doors open at 7 pm and the show begins at 8:30 pm. Get your tickets here!

Where: The Bernice Garden (Little Rock)

Hardin Farms is bringing their best watermelons for a watermelon eating contest that will commence at 11 am. There will be drawings for watermelons and prizes from vendors available for those lucky guests. A day of old-fashioned summer fun free to attend!

It’s time for the second Party in the Cove summer concert series! The 24-foot long floating stage will feature headlining band Mister Lucky. DJ Doug Kramer is of course the Master of Ceremonies for the night playing tunes and entertaining. Rather than standing around, guests can show up on their boats to enjoy the evening from the comfort of their own group. Free to attend, but guests are encouraged to tip the performers via CashApp.

What: The Schwag in Little Rock

A tribute to the legendary Grateful Dead, The Schwag will perform an outdoor concert at the Sunset Lodge. There will be covered seating and space for lawn chairs, so bring what you need to make yourself comfortable. Tickets are $15 and can be purchased online or at the door. Kids under 10 get in free!

With special guest judge XaPariis Nicolas Graves Ebony from HBO Max series “Legendary,” the Pride Ball will feature a number of categories for attendees to compete in. The ball brings awareness to Ending the Epidemic and what it means for people living with HIV as well as how to prevent HIV. Reserve your tickets here.