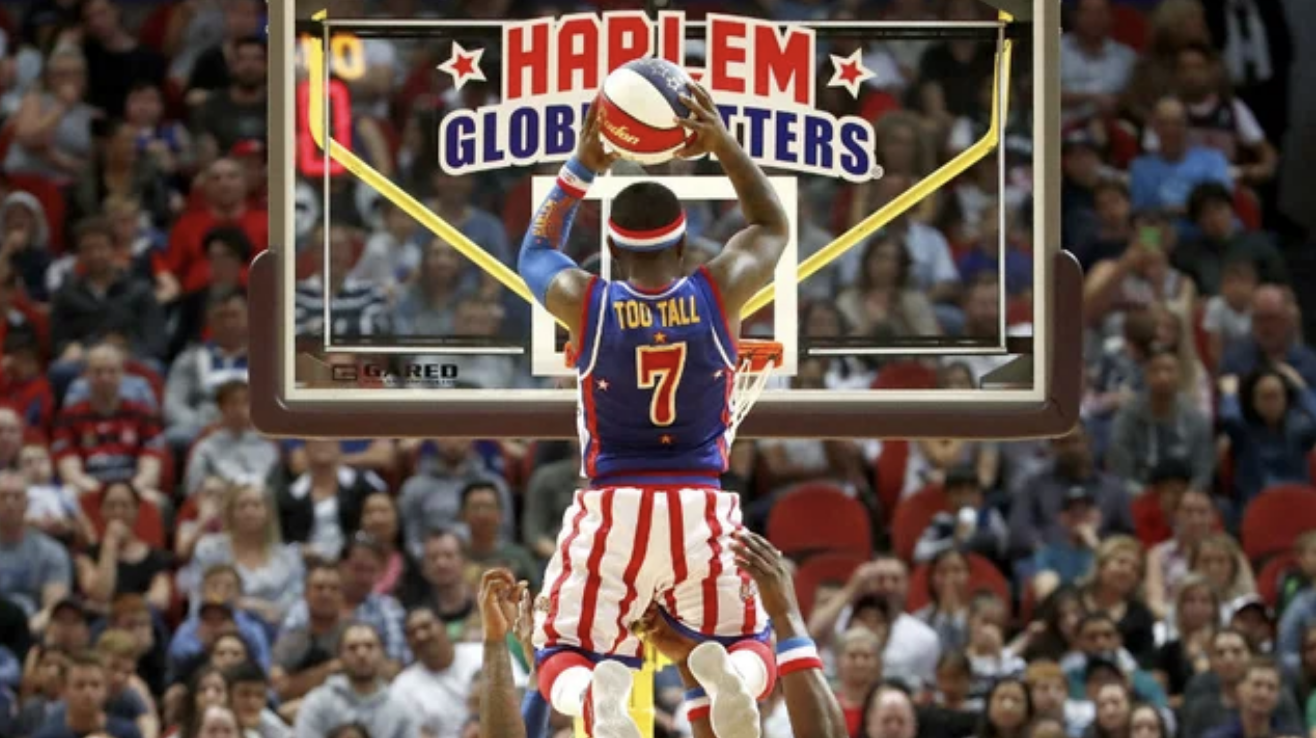 Counting down to the 10th Annual Main Street Food Truck Festival in October, there will be food trucks at the Centennial Bank Commerce Center on the last Thursday of July, August and September. These special food truck days will act as previews for the big festival everyone has been waiting for.

In honor of the final days for “The Negro Motorist Green Book” exhibit, Mosaic Templars Cultural Center is hosting a block party. Food trucks, a live DJ and cars are in store for the community to enjoy and celebrate the enriching exhibit. Enjoy the festivities outside and head into the museum for a last look at “The Green Book” before the exhibit moves to Baton Rouge. The last day to tour the exhibition is Saturday, July 31.

Rock Town is mixing up their Happy Hour with tours of the distillery and eight samples of their award-winning brews. Private tours of the distillery normally cost around $20 per person, but CLR members and LITR participants’ tickets will only be $10 today. Registration and payments must be done in advance as there are limited spots available, so get your tickets booked now!

What: Music in the Park: Ridgewalkers

Get to Bishop Park in Bryant for a free summer concert with local band Ridgewalks. Bring your own chair or blanket and play some yard games with the community while listening to great music. You might even consider bringing a portable fan to stay cool!

Where: The Oyster Bar (Little Rock)

Brian Ramsey is here and he is bringing his own country, pop and R&B originals along with some mashups of hits. Get to the Oyster Bar at 6:30 pm because you don’t want to miss this!

Have you watched the entire New Girl series over 10 times? Do you consider yourself to be a Jessica Day or a Schmidt? Well you’re in luck, because all the knowledge you have stored about the show can be put to use at Nexus Coffee & Creative’s New Girl Trivia night. Free to enter, bring your fellow binge-watchers to win, laugh and have some good drinks.

Sadly, the summer is coming to a close as is the 25th Annual Gulley Park Summer Concert Series. Tonight’s final performance is provided by Dandelion Heart, and you definitely do not want to skip out on this last concert. Grab your chairs and blankets one more time for a night of fun, laughter and good music.

Where: The Rev Room (Little Rock)

Roll, roll the ‘83 Cadillac Coupe Deville to the Rev Room for none other than Afroman himself. Doors to the concert open at 7:30 pm and the show starts at 8:30 pm. For only $20, you can relive some of Afroman’s greatest hits with him. Hurry and get those tickets here!

The Moonlight Madness annual shopping event is back to bring shoppers extended hours, restaurant specials and the best shopping specials of the year. Merchants are providing access to end-of-season and holiday items at insane clearance prices, and shopping hours will be extended until 7pm. Explore the Downtown Conway area and the unique restaurants they have to offer.

What: Mix and Mingle

Valhalla is hosting a summer party unlike any other. The restaurant’s master mixers will show guests how to make some favorite summer drinks, and baggo tournaments will be going on all evening (with axe throwing inside, of course). Enjoy the downtown air and meet some new faces.

Fort Smith’s annual festival has a weekend full of music line-ups. Friday lineup: Tanner Usrey, Giovannie & The Hired Guns, Muscadine Bloodline, Lucero and Paul Cauthen. Saturday lineup: Kylie Frey, Cody Hibbard, The Band of Heathens, Koby Cooper and Cody Johnson. Free parties will be hosted by Majestic-Fort Smith for ages 18 and older at first come first serve to get in. Tickets for the festival range from $50 to $249 depending on which option you choose. Hurry up and get those tickets!

The first-ever monthly Drag Revue is kicking off this weekend with an unforgettable show. Pandora Boxx from RuPaul’s Drag Race is the feature, but many more faces will be in attendance: Karma Coutures Birthday, PollyEster Foxx, James2Fine Brown, the Fabulous Lola Colucci and Mendigan Starr. There will be a special announcement for August, so you don’t want to miss! VIP sofas are sadly sold out, but you can still purchase general admission and catwalk tickets for $15 to $30. Shantay, you stay!

Head out to the wave pool at Magic Springs for a movie night on the water. You’ve sat at home to watch movies and you may have watched movies outside, but this is your chance to float in the water for the most unique cinematic experience. Day or season passes to the park are your tickets in.

The 35th annual Berryville Ice Cream Social is finally here! As always, there will be food, entertainment, vendors and special prizes for some lucky guests. This event is free to attend, so get out there!

The Arkansas Cattlemen’s Association is hosting their 63rd Annual Convention and Trade Show.  Cattle producers all over the state are invited to attend the event for educational cattlemen college presentations, industry updates, community networking and more than an acre’s worth of trade show. Tickets range from $28 to $147 depending on what guests would like to attend.

What: The Preview Jackpot 2021

The Preview Jackpot is a livestock show for the youth around Arkansas and surrounding states. Participants are welcome to show their goat, sheep and hog projects for the chance to win in a variety of categories. This year’s show is introducing a new category: Crowd Favorite. The Preview is a non-profit organization that raises scholarship money for students to continue their education. Admission is $25 per animal and $5 per showman.

In benefit of the Du Foundation, the Pat Dudeck Memorial Golf Tournament will help raise scholarship funds for seniors at Heber Springs High School. In the past five years, the fundraiser has awarded over $60,000 in scholarships to seniors who “Du Something.” Registration starts at $150 which will include the cart fee, lunch, t-shirt and goody bag. Register here!

The Arkansas Heart Hospital is setting up a community event providing free vaccines. No appointment needed, and everyone who is currently unvaccianted is encouraged to protect the health of themselves and their loved ones by getting the shot. Find more information about the vaccine here.

A day of football from NWA Battle and Oklahoma Stars, this event is in memoriam of fallen officer Kevin Apple. Second Hand Smoke BBQ will be at the event to feed attendees, All-Stars and officers. The full schedule of the day can be found here. Admission is $7, and children under the age of eight get in free. All proceeds from the gate fee will go to the family of Officer Kevin Apple.

What: Stone’s Throw Block on Rock 2021: Return to Normalcy

Stone’s Throw Brewing is turning eight! The brewery plans to dance in the street with brews, bands, food trucks and local vendors while supporting Preserve Arkansas. Only $5 to party!

Yoga in the Rock is hosting a yoga series all year long to bring the community together. The July class will be led by Sarah Pilcher of Arkansas Yoga Collective, Yogathon Arkansas and 365 Yoga Dream. All ages and levels are welcome to attend, and YITR has spare mats available for guests that do not have their own equipment. This event is free to attend, but YITR does ask that attendees consider making donations with a $1 minimum. $5 or more donations will receive free stickers. The proceeds go toward the YITR Scholarship fund that helps aspiring teachers of color complete their yoga teacher training.

Join Tauren Wells and Crutchfield at Magic Springs. Gates to the amphitheater open at 6pm, Crutchfield goes on at 7 pm and Tauren Wells will start his show at 8pm. Day and season passes to the park are your tickets into the show.

Brunch will be provided by the Hungry Nomad food truck, and entertainment will be by none other than Some Guy Named Robb. Free to attend, just buy your drinks and food!

What: Jazz off Ninth Street Brunch

Head out to LR Station 801 for live jazz music and food. Tickets are going fast, so book now for $25! Ticket price includes the meal and the concert. Don’t miss this!

If you haven’t seen the Harlem Globetrotters, just go ahead and buy your tickets because this is a must-see show. Whether you’re a basketball fan or not, the Globetrotters can keep anyone entertained with their tricks, skill and comedy. Tickets are $27 to $132 depending on how close you want to be to the players.

Little Rock get ready, the Villain Arts Tattoo Convention is here for the first time ever. Special guest tattoo artists include: Oxi Lox, Stephen Monnet, Cody Gower, Derek Dufresne and Steven Bui. Arkansas’ favorite local artists include: Andy Vasquez,Chad Wilburn, Henna by Koushal, Juan Carlos, Lee Dandy, Africana Art, Blacksmith Body Jewelry and many more. Tickets for one day are $20, and tickets for the entire weekend are $40. Children under 12 get in free. Find your tickets and a complete schedule for the weekend here!

National Talk in an Elevator Day