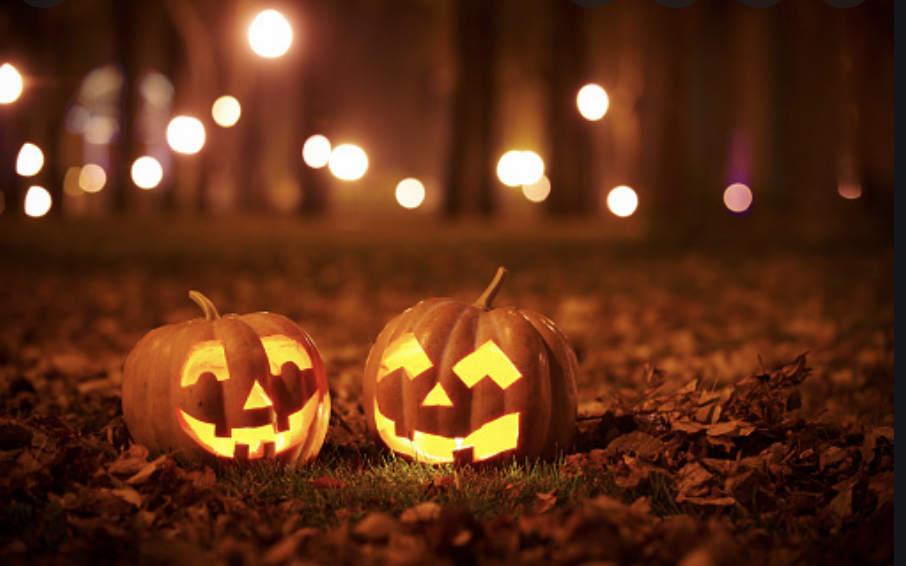 What: 14th Annual Paws on the Runway – Dogchella

Hold your flower crowns, it’s time for Dogchella! Dog and human models will take to the runway for a doggone good show of Little Rock’s fashion. Guests can enjoy hors d’oeuvres by Trio’s, drinks and an online silent auction. The highlight of the night, guests can meet the canine models, all of which are CARE’s adoptable dogs, after the show. “A festival of peace, love and fur,” get your tickets here, witness show-stopping style and maybe even adopt your new best fur-iend.

All wands at the ready! Do you know what the scar on Dumbledore’s knee resembles? How about what the initials R.A.B stand for? Or what an Animagus is and can you name three? If these questions were easy-peasy, you might consider signing up for Nexus Coffee & Creative’s Harry Potter Trivia Night. Come dressed as your favorite character and enjoy an evening of Harry Potter-themed treats, drinks (including Butterbeer) wands from Rolling Hills Pottery and a costume contest. The trivia will cover all eight Harry Potter movies, so even if you didn’t read the series and take notes like others and only watched the movies, you should be able to dodge a bludger. Park your broom outside and let the games begin!

What: Halloween Movies in the Park: Get Out

The lighthearted giggles of the previous Pocket Park Halloween movie, Hocus Pocus, are far behind us with this week’s screening. If you’re in the mood for something dark, sinister and twisted with a hint of humor, get your blanket and snack ready. Jordan Peele’s Get Out is playing at the Main Street Pocket Park, and there really couldn’t be a better setting to watch this chilling film. Outside, surrounded by strangers — it really couldn’t get better. If you’re brave enough, “get out” of your house and check out what Pocket Park has planned.

What: Boos & Brews: The Wild and Lascivicious Tales of Argenta

Needing a good spook and an even better drink? Join the Haunted Arkansas Ghost Tours for the sordid stories of Argenta’s past. Guests will learn about the most sinister bar in Argenta where a murder occurred, a fight over opium in a laundry facility, multiple brothels, historical figures and the souls that still linger in these locations. Along the way, the tour will stop at a couple of bars for drinks and more stories about the spirits potentially sitting right next to you. If that’s not enough “Boos,” the final stop will be at a seance to attempt making contact with the spirits. Come with an open mind and a thirst. Tickets can be reserved here.

It’s not called Funland for no reason, and the Halloween season only adds to the excitement. Dress the whole family up in costumes and enter your younglings into the Costume Contest. Other activities include the Zombie Boogey, Eerie Express, movie in the graveyard, scary walking tour, ghostly carousel and the Graveyard of Treats. In a turn of events, parents get in free and children 2 years and older are $5.

What: Arsenic and Old Lace

Where: The Weekend Theater (Little Rock)

What’s better than a maniacal and homicidal family? Not much, really. Join the fun folks at The Weekend Theater for productions of Arsenic and Old Lace, a classic comedy-horror that’ll have you laughing and taking a good look at the off-the-wall members of your own family. Shows are running all weekend, and a bit of the next, but go ahead and get your ticket before it’s too late.

What: The Simon & Garfunkel Story

The music scene has too many favorite duos to count, but undoubtedly in the top five is Simon and Garfunkel. See their story come to life at the Robinson Center with the critically acclaimed concert-style theatre show about the two young men growing up in Queens to the booming music career that put them on top. Don’t miss all of their hits live! Grab the Simon to your Garfunkle and buy your tickets before they go “slip, slidin’ away.”

Where to even begin? The Hillcrest Merchants Association has planned a busy, busy day for the community to enjoy. Besides the many neighborhood merchants that will be featuring their goods all day long, there will be local beer, activities for the whole family and a hefty food truck lineup including A Little Crepesy, Le Pops, Delta Biscuit Co., Tacos Godoy, Low Ivy Catering and many more.

Back for more pawsome fun is the 3rd Annual HarvestFest Dog Show with emcee Craig O’Neill. This dog show rivals the National Dog Show coming up in a few weeks. No matter which pups win in the twelve categories, all the paws to strut the dogwalk are special. Proceeds from the show will go toward the Little Rock Animal Village.

Lost Forty is gifting a Fall Concert with Arkansas Repertory Theatre, The Gravel Yard, The Libras, Joe and the Feels, Jesse Aycock and mömandpöp. It is Halloween weekend, so it seems only right that there should be a costume contest as well.

In collaboration with The Rep, guests who show up in Peanuts-themed costumes get their very own categories in spirit of A Charlie Brown Christmas playing at the Arkansas Repertory Theatre. There is no age limit for any of the categories, just show up to U.S. Pizza between 11 am and 1:30 pm to enter and show off your fit. Find all the details on how to enter here.

To learn more about what’s in store for the weekend, check here for the schedule. Happy harvest!

What: Howl-O-Ween Parties in the Plaza

What makes Halloween festivities even better? The gorgeous animals at the Little Rock Zoo, of course. On every Saturday in October, the zoo is hosting Howl-O-Ween Parties in the Plaza. Your curious pups, the human ones that is, can come dressed in costume according to the theme of the Saturday, be awed at a magic show, show off their Monster Mash moves at a dance party and ride the Scaredy Cat Carousel. This Saturday’s theme is Wizards and Witches Day, so bring your Merlins and Hermiones out for the special enrichment activities of the day: great apes, the sloth bear and live music at the Civitan Elephant Stage with Darn Country Band from 11 am to 2 pm. There’s a full day of activities, both Howl-O-Ween and regularly scheduled, so get those walking shoes on and “howl” a great time.

You might have participated in St. Joseph’s Goat Yoga sessions before, but you probably haven’t had the pleasure of Spooky Goat Yoga. Costumes are encouraged for this session, and if you’re worried about whether you’re Rafiki costume will allow you to Downward Dog, Hakuna Matata. This will be a more relaxed class for the occasion. Goats and humans will both receive treats in lieu of the holiday (Halloween), just bring your mat, a water bottle and some love for your hairy yoga partner (the goat). Tickets are $10.

A favorite local comic expo is back for another year to give all the details into the process of illustration, comics and printing. Among the many featured artists are Ty Beringer, Jame Brandt, Gus Carlson, Acadia Danora, June Pham and more. Wear your costume or favorite cosplay, and a mask, and “get nerdy!” Get the entire low-down on the event here.

Trick-or-treat! Not a kid? No problem. Bang-Up Betty is inviting all the kids-at-heart for a treat. Costumes are encouraged but don’t feel obligated (even though costumes make everything more fun), masks are required, however. Show up to the shop on Saturday, give them your most powerful “Trick-Or-Treat” and get yourself a goody bag. For you lucky boys and ghouls out there, a couple of gift cards will be ticked away in a few lucky goody bags. While you’re in the shop and in the spirit, check out the store’s Halloween party supplies, jewelry and other gifts.

Where: The Rail Yard (Little Rock)

Ya like jazz? Well, how about its cousin, blues? If you answered yes, have fun this weekend with the Arkansas River Blues Society. The ARBS Fall Festival doubles as a fundraiser for the organization. Featured blues talent includes  Kent Burnside, Ghalia Volt, Rachel Fields & Fonky Donkey, the Chad Marshall Band, Shy and Bill “Howlin’ Mad” Perry and more. It’s a blues festival, so you definitely don’t need to worry about food. Count Porkula will be there with some BBQ along with food trucks, beer and a telecaster raffle for a bit of fun. Bring your family and bring your dog for an afternoon of soul.

October at Magic Springs is finally here, and that can only mean Halloween Weekends festivities are upon us. On Saturdays and Sundays for the entire month of October, guests are welcome to the Trick or Treat Trail, a pumpkin patch, Fright Flix Terror Trail, fall festival photo opportunities, the Undead Graveyard, Blacklight Bumpin’ Carz 2.0 and a frighteningly long list of more activities. Day and season passes are your tickets for Halloween Weekend fun.

Those little furry children with paws and wet noses that we love so much? Bark Bar is celebrating them this weekend with a Dia de Los Doggos party. Guests are encouraged to write their special pets’ names on a rock in the bar’s outdoor park. Humans and dogs dressed up for Day of the Dead will get in free to the party! So get out your colors and sugar skulls and celebrate. Don’t forget to fill out your dog’s shot record before you arrive!

What: Fright Night in Argenta

What: Festival of Laughs

We’re all overdue for a good laugh. This weekend is your chance to make up for the laughs missed out on the past year and a half. Queen of Comedy, Sommore, is hosting the Festival of Laughs with some of comedy’s most talented jesters Lavell Crawford, Earthquake and Gary Owen. Grab your pals and get back to laughing. Tickets for your side-busting evening can be found here.

Starting just a tad before the festivities found in the next event on the list, Fat Jacks has a parking lot full of Halloween fun planned. Stop by the lot for some candy, show how you “Monster Mash” with DJ Double C Entertainment and some extra spooky games including Jack O’ Lantern Bean Bag Toss, Spider Ring Toss, Halloween Witch Pitch, Spin the Wheel and more. Stop by at any time throughout Glow on the Row for a goody bag and frightening fun.

What: Glow on the Row

Head down to the Row for some community-wide tick-or-treating. Be on the lookout because the Hot Springs Renaissance Faire has a few surprises for the trick-or-treaters, but what Halloween be without a bit of mystery? As dependable as the mailman, Glow on the Row will happen rain or shine, and there is no need to be afraid of what goes bump in the dark because all guests will receive a glow stick to light up the strip. Celebrate Halloween with the community in your best get-up and don’t forget to take your payment from your child’s candy bucket.

Look here for pumpkin patches in your area!

READ MORE: Something Strange in the Neighborhood: Arkansas X Files