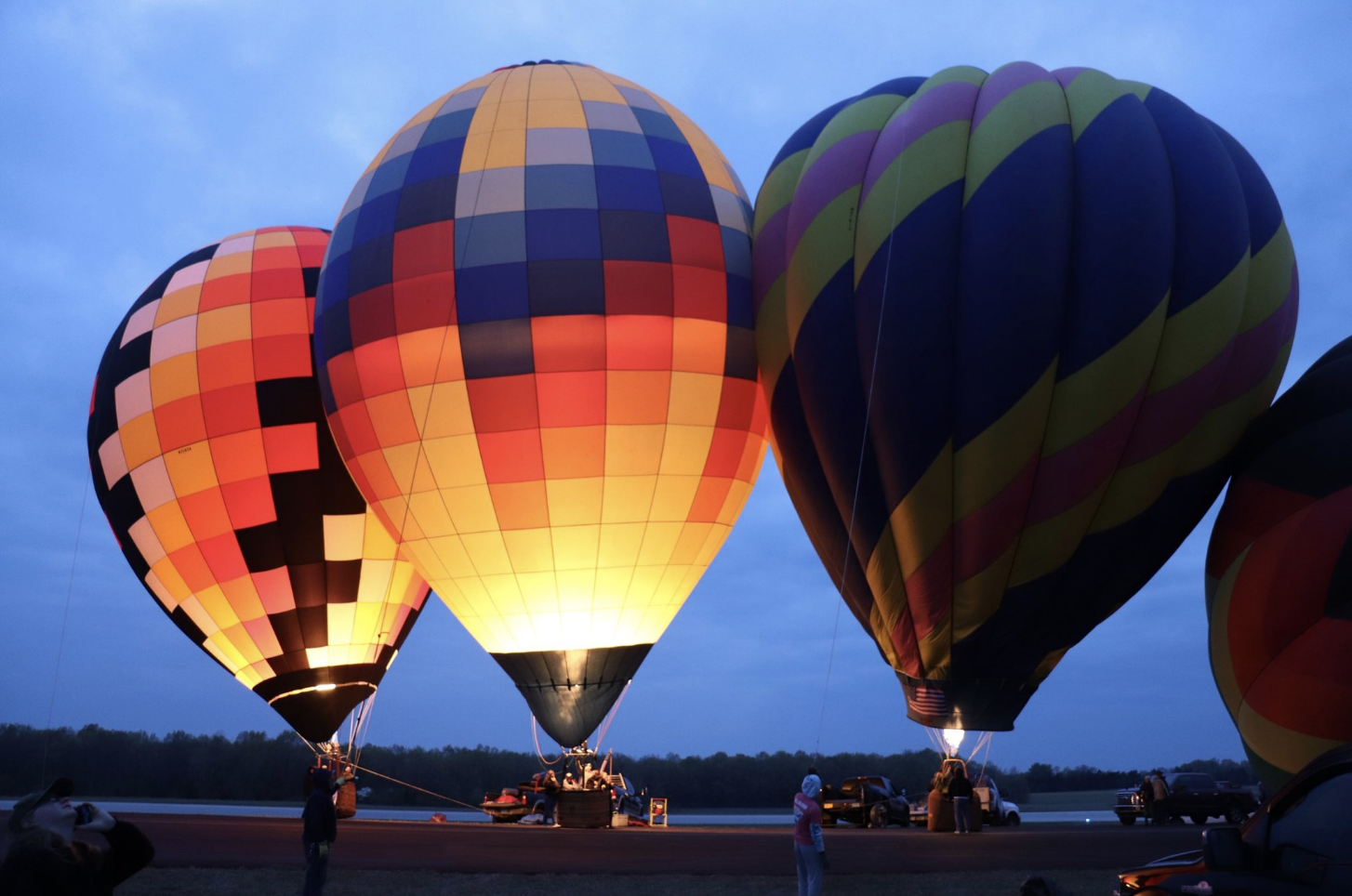 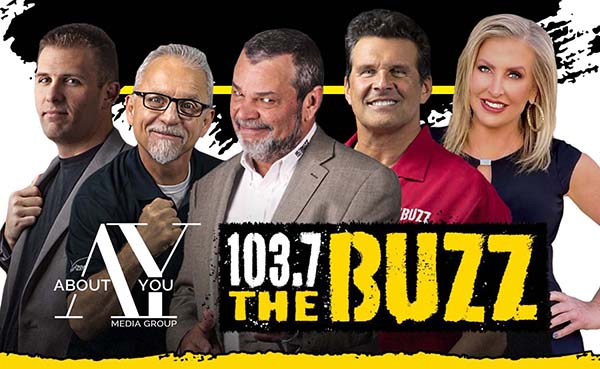 Another Thursday, another night of fun at the Little Rock Zoo with Tails and Tunes. Tawanna Campbell is the featured musician of the night. Campbell lives the double life of being an elementary school teacher and the lead voalist of her band. Spend some extra time at the zoo visiting the animals and listening to music.

Cabot’s inaugural Firehouse Film Festival showcases independent filmmakers from multiple genres. Submissions from local and regional filmmakers will be featured at the festival, and there will be a $250 cash prize for each winner in five individual categories. Don’t worry about dinner because Food Truck Frenzy will be on stand-by with plenty of options for food truck cuisine.

Downtown Benton’s Third Thursday Festival is, unfortunately, coming to a close for the year 2021 with one final night of community fun. Swing by for a look at the local vendors, activities for the kids and relax with talented musicians from the community. Get your last bit of fun before the cooler weather kicks in.

What: Celebrate Little Rock Together

Join the Arkansas Symphony Orchestra for a free concert celebrating the Little Rock community. Gain access to a preview of the ASO 2021-2022 season with conductor Geoffrey Robson. Highlights of the night also include guests pianist Karen Walwyn and vocalist Genine LaTrice Perez.

What: Heartless Bastards with Tele Novella

Heartless Bastards is kicking off their Beautiful Life Tour in Little Rock. The band combines rock with influences from French pop, Celtic folk, space rock, symphonic pop and post-punk. Don’t miss this opening night of the band’s tour — get your tickets here.

Movies are fun, but they’re even better under the stars. Watch Indiana Jones and the Raiders of the Lost Ark outdoors with free popcorn. If you’re feeling a little more hungry than a tub of popcorn, Phonzie’s 1Stop will be there serving up some BBQ ribs and southern homestyle cooking. Bring your blanket and lawn chair and enjoy.

Starting off the Little Rock Zoo’s Wild Wines festivities is the VIP Night. Top-tier wine selections and food from local restaurants ranked best in the area will be accompanied by live music and special activities. Tickets start at $175 and include access to the “Mane” event on Saturday. Find tickets here.

What: Concert in the Park

Join the Conway Symphony Orchestra in Laurel Park for a free outdoor concert. This concert will feature the “Lord of the Rings Suite” and William Grant Still’s “Song of the Rivermen,” along with some favorites everyone will enjoy. Bring the family, picnic blankets and lawn chairs to soak in this cool weather and good music.

Benefiting the Jannette Jaco Memorial Endowment, a fund created to support nonprofit organizations that are first to respond to areas affected by natural disasters, the Disaster Dash allows participants to sign up as either a virtual participant or as a runner/walker. Participants will receive a finisher’s medal, t-shirt, goody packet and their official race timing. Registration is $25 to $30.

Open to all years, makes and models, the Veterans Appreciation Day show benefits local veterans in the community. A few of the categories for the auto show include Best of Show, Best Antique Vehicle, Best Ford, Best Import and more. In memory of US Air Force veteran Neil Smith, there will be a “Neil’s Choice” award. Learn more about the event here.

Where: Museum of Discovery (Little Rock)

Back for its 10th year, Tinkerfest has so many activities in store for the kiddos that the aspiring scientists won’t know which to do first. Tinkerfest is a hands-on event that celebrates innovation, creating and the arts through science. Some activities include matchbox car ramps, magnets, DIY windchimes, bridge building, drones, cardboard construction, water energy, the floor is lava and too many more activities to count. As a precautionary measure for COVID-19, Tinkerfest is selling timed tickets for 9 am, 11 am and 1 pm. Tickets are standard Museum of Discovery prices: $10 for adults, $8 for children ages one through twelve. Senior citizens, teachers, Little Rock city employees and active and retired military are admitted for $8.

The Mosaic Templars Cultural Center is opening a new exhibit: Same. Different. Amazing. This gallery is all about children and celebrating the ways that make each child unique. For the opening event, there will be a magician, craft and activity stations and galleries open for tours.

What: Curtis the Mentalist

Curtis the Mentalist is making a stop at the Loony Bin for an unforgettable show. Faces like Howard Stern have seen and been amazed by the performer, so do not miss it. Find out if Curtis can read your mind, and get out a few laughs while you’re there. Get your tickets now!

What: Dogs After Dark Glow Pawty

Any dog owner will attest that their pooch shines the brightest, and Bark Bar is ready to celebrate all those beloved dogs with their Dogs After Dark Glow Pawty. Blacklight outfits, for dogs and owners, are a must to be able to physically glow. A prize will be awarded to the best glowing doggo at the party. Register your dog to attend here.

Time for the “Mane” event at the Little Rock Zoo. A community favorite event gives guests the chance to sample from more than 200 wines and food from over 40 local restaurants and caterers. The guests of honor, the zoo’s animal ambassadors, will greet attendees. Live music will be provided by The Rodney Block Collective, Harp, Mike Poe, Brian Nahlen and a special drum circle. Tickets start at $85 and can be purchased here.

As part of Arkansas Peace Week kicking off on Sept. 19 through Sept. 26, the Little Rock Community is invited out to the7th Street Mural Project for some painting and time to get to know the history and artist behind the murals. All attendees over the age of 12 must have a Covid vaccination or a note from their doctor explaining special circumstances. Masks are required by all attendees. Learn more about Arkansas Peace Week here.

To all the collectors, shabby chic decorators and antique appreciators out there, the Vintage Market is something you do not want to miss. More than 100 vendors from over 15 states will be in Little Rock to show off exquisite pieces and rare finds. There will be plenty of options for food as vendors and food trucks will be stationed all around to keep you shopping all day. An indoor event, so no need to worry about the heat or the rain.

What: 26th Annual Hot Air Balloon Championship and Celebration in the Sky

This event dates back to 1995, and the people always come back year after year for more. The festival will take off Friday night with a live concert and balloon glow. Saturday, the competitions begin followed by another balloon glow that evening. Happening at the same time, there will be a kids paper plane zone, music, food, vendors and something for everyone. Find the schedule of events here.

Weekend Lineup at the Revolution Room: